“If you want peace, prepare for war!”

Black for space, blue for riches, and red for the blood of our enemies.

Expanding throughout the Phradox Galaxy

The Destroyers Empire and all of its members worship Oaches.

The Destroyers (true name lost in time) are the founders, and leaders of the Destroyers Empire. They are a vicious warrior race that is lead by Emperor Soach.

The Kirgles are a powerful trader empire that use money to bribe and buy out their enemies. 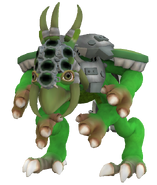 The Hurytes are a diplomat empire that provides diplomatic ers strategies to the rest of the empire.

The Algernon are a small warrior empire that joined the Destroyers after aiding them in a war. 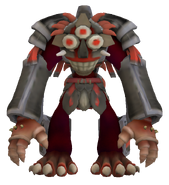 The Amahani are a scientist empire that develop new technologies to the rest of the empire. 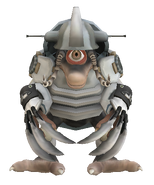 The Spartans are a justice-loving knight empire, that holds grudges against all enemies of the Destroyers.

The Triceraspores were uplifetd by the Destroyers to serve them. They are the friendliest race of the empire, and they are a zealous species who worship the Destroyers for uplifting them.

The Foderis are an honorable race that lives alongside the Destroyers and the other members and aids them in conflict and economy.

The Testap are a weak, yet intelligent species that joined the Destroyers recently. 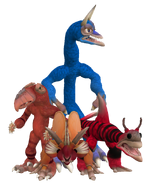 Some rebels against the Destroyers empire. There are Driboach, Krassoroach, and the Kab-Skor, leaders of the rebellion.
Add a photo to this gallery

The Destroyers Empire is a technologically advanced empire for their size, and they have many powerful technologies.

"Diplomacy is the best strategy"

"We will both prosper. "

"If you want peace, prepare for war!"

Ambassodor Eglirk
Add a photo to this gallery

Retrieved from "https://spore.fandom.com/wiki/Fiction:Destroyers_Empire?oldid=460909"
Community content is available under CC-BY-SA unless otherwise noted.