Ambula
Reserved · Adventurous · Mysterious · Insular
The mysterious and reserved Ambula are native to the Mid Rim planet of Duratha along the Perliama Trade Route, which Ambula explorers helped map back in the days of the First Republic, an organisation which the Ambula had a hand in creating nearly fifty millennia ago. 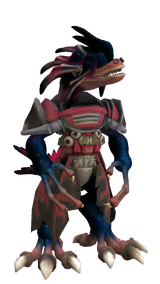 Apationagtus
Diplomatic · Can be Aggressive· Loyal · Cosmopolitan
The Apationagtus are quite a uniform people and are generally united in their beliefs and culture, not to mention their political beliefs. Compared to the other Capricyránae species, the Apationagtus are not as large, nor as strongly spoken. However, their customs are unique and have stood the test of time.

Blusom
Shrewd · Industrious · Deceitful
The Blusom are a race of shrewd business beings native to the world of Letsao, in the Colonies Region of the Mid Rim. The Blusom have been space-faring for tens of thousands of years and were one of the founders of the Commerce Alliance, which supplied many of Cyrannus' trade routes leading into the Core Worlds. 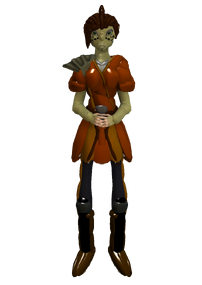 Bonderae
Spiritual · Open · Liberal
A spiritual and open people, native to Bonderan in the Mid Rim, the Bonderae are one of the species in Cyrannus most opposed to the spread of violence and warfare through the stars.

Cargura
Peaceful · Sociable· Spiritual
A humanoid species native to Cyrannus, the Cargura are known for their strong spirituality. Native to the Mid Rim world of Tiaahskk, the Cargura rarely travel beyond the atmosphere of their tropical home, instead opting to remain on the world that first gave them life. 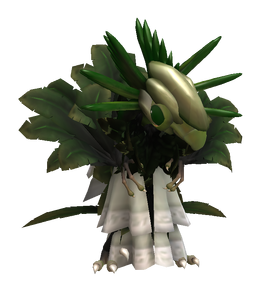 Plumakraz
Artistic· Cultural · Emotional
The Plumakraz are a strange species of avians. With heightened senses and emotions, they enjoy art and pleasure like few others in Cyrannus. While they are somewhat decadent, their imagination contributed greatly to the galaxy's culture. 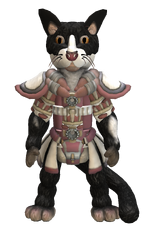 Soúroupa
Fearsome · Honourable · Crafty
Native to the tropic, desert world of Consinople, the feline Soúroupa share the same star system as the blood-thirsty Tra'ssahk. The Soúroupa are known for their keen intelligence and agility, which makes them famous as warriors and soldiers across Cyrannus. 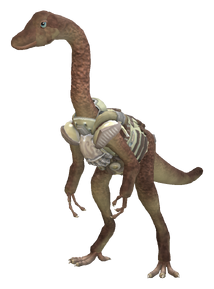 Sylvamiman
Pleasant · Cultural · Conservative
The Sylvamiman are a race of pleasant, yet rather odd creatures native to the Mid Rim of the Galaxy. While not resembling the Capricyránae races, they are actually quite closely related as they are also bird like theropods, which can be seen in their distinctive feathers and avian mode of movement. 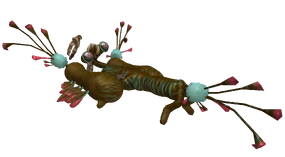 Thetan
Unknown
The Theta 16 Entities are one of a number of "Tier Unknown" life in the Cyrannus Galaxy. Their planet orbits a millisecond pulsar, rendering the surface uninhabitable. The planet itself is a carbide planet, its surface glittering with diamonds and diamonoids, erupting like sparking jewels onto a surface rock of graphite by cryovolcanic activity.

Thanatyrannus
Cunning · Imperialistic · Regal
The Thanatyrannus is a large species native to the temperate and heavily forested world of Maastrichtia on the very edges of the Mid Rim. Since advancing into space, the Thanatyrannus have made a name for themselves as an expansionist and imperialistic species, carefully cultivating one of the largest independent empires in the Mid Rim prior to the rise of the Galactic Empire of Cyrannus.

Tra'ssahk
Predatory · Vicious · Warlike
The Tra'ssahk are a blood thirsty reptilian race native to the Mid Rim planet of Ssahk. Their great strength and fondness for the hunt of sentient species has gained them notoriety across Cyrannus. While these practices were stopped by the United Republic of Cyrannus, their warlike and hunting nature has made them quite infamous as bounty hunters. 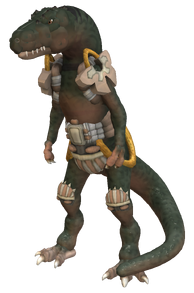 Vivilian
Predatory · Cultured · Suspicious
The Vivilians, once the most prolific race of the Megalí Union may look frightening, but they are in fact, very intelligent and cultured, loving the fine arts and good wine. This being said, they are still unfortunately distrusted by many in the Cyrannus Galaxy, due to their sinister appearance.

Tra'ssahk
Retrieved from "https://spore.fandom.com/wiki/Fiction:Cyrannus_Galaxy/Species/Mid?oldid=757532"
Community content is available under CC-BY-SA unless otherwise noted.