Destruction of the Hubworld System

“There is something... unnatural at work here.”

The Ezduiin Incident was an assassination attempt orchestrated by the Cyrandia Resistance against Thaurlathrón, known across the galaxy as the Imperial Overseer, during a visit to the space station of Ezduiin. The incident resulted in a crushing defeat to the rebels as they attempted against the life of a disguised Oikoumene, who would later use the event as a way to publicly frame the Resistance as a band of terrorists. 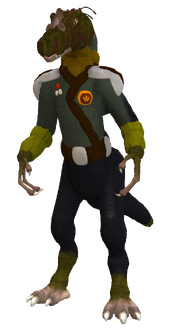 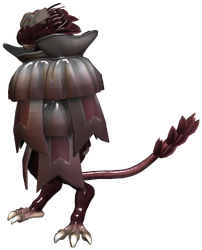 Deep in space, the star cruiser Liberty and its escort fleet attempted to constantly flee the pursuing forces of the Imperial Navy. In the two years since the War for Capricaerón, the Cyrandia Resistance failed to land any significant blows against the Empire, despite gaining more and more support within the New Republic as a result of the Cyrannian Cold War. Sitting on a hovering command chair, Val Niathan templed his fingers as he watched a collection of figures discuss strategy. The venerable General Sesoka was the first to speak.

Sesoka placed a data pad on the holographic projection table.

Eyes around the table widened at the mention of the name. Despite never being seen in public, the Overseer was one of the most feared figures in the Empire, responsible for many of the Empire's most insidious strategies.

Magalen crossed his hands over his chest.

Selanius raised his right arm, which now housed a sinister Neraida precision laser cannon. He brandished it menacingly, all the while with the same expressionless face and voice.

A single Rapax shuttle approached Ezduiin Station, the vast structure being partially obscurred by a vast nebula which disrupts most form of hyperspatial travel. As it approached, the occupants could see several super Star Destroyers surrounding the station, highlighting the importance of the secretive installation. Upon receiving landing clearance, the ship touched down in one of the Station's hangar bays, where a legion of troopers and wardroids awaited the passenger to disembark. Dressed in full military uniform was Grand Mandator Mincarione, who stood with her arms clasped behind her back as she awaited the new arrival. The doors of the Rapax opened, revealing a humanoid female figure adorned in black, sleek armour, with the Imperial insignia emblazoned on her shoulder pads.

The woman sauntered down the ramp and toward the Grand Mandator, who failed to hide her disapproval of this new distraction.

Cythonia raised her right hand to stop the Grand Mandator.

Mincarione's eyes widened as she heard the name, taking a step back where she stood.

Cythonia began walking down the length of the hangar bay, clenching her hands behind her back, her masked face betraying no emotions. Mincarione was quick on her heels.

Promptly, Cythonia made her way to a meditation chamber to prepare for the Imperial Overseer's arrival. She was fully aware of his nature as an Oikoumene and equally aware of his distaste of all the Phaedric Lords, with the possible exception of Maethoruin, the one who guarded his being on Nandóband. Though Cythonia was not the highest ranked Phaedra, she was also not a sycophant and had no intention of going out of her way to ingraciate herself to the Overseer. She would do as commanded and she would do it to perfection. That would have to be enough.

When the Nemesis-class Super Star Dreadnought Imperium arrived, it was as if space-time itself was ruptored, torn assunder by the arrival of a vessel over two hundred and fifty thousand metres long. The Imperium dwarfed the station and immediately upon arriving, twenty Imperial Star Destroyers unlatched from the massive starship's underside and formed a flotilla surrounding the station. In the same hangar bay where Cythonia had arrived over two hours previously, Grand Mandator Mincarione once again stood with the finest of her officers and soldiers, awaiting with fear the arrival of the Imperial Overseer.

What stepped out of the shuttle was nearly unbelievable to them. It was a being of truly gigantic size - the Mortalitas troopers on the bay only stood as tall as his waist. The Imperial Overseer appeared like an impossibly large, dark-scaled Miluiel much like the Emperor himself, covered in robes which hid away his intricate armor. His eyes were black, with only his reddened pupils allowing them to know where he was looking. Each step caused a faint thud as he walked up to Mincarione and Cythonia, his expression locked in a mildly displeased scowl.

Cythonia stood completely still, her face still covered with her mechanical mask. Mincarione tried her best to remain unemotional, though fear was clearly etched on her face. She genuflected when the Overseer stood before her.

Mincarione's expression suddenly changed to one of confidence. She was hoping she could avoid small talk with the Overseer and it appeared he felt the same way. Her tone changed from one of nervous deference to one of business-like professionalism.

The Overseer turned his eyes to Cythonia.

Attack of the Resistance[]

A small Imperial shuttle dropped out of hyperspace near the station. As it approached, it was scanned by the bridge crew and cleared for docking. Approaching one of the cargo hangars, the shuttle touched down before a small squad of Imperial troopers, who were tasked with escorting the scientists on board to the nearby laboratory. The shuttle's door opened, but instead of scientists, the troopers were met with gunfire as a squadron of Resistance fighters poured out of it, taking them down before they had the chance to react. The lead trooper, a female Alavar named Mai-Li, called to her comrades.

She interacted with her wrist-held communication device, sending the information to the other members of her squad. One of her comrades, an Ermitant known as Roenerr nodded briskly.

Working their way through the cavernous halls of the station, the team of six elite Resistance operatives ensured that they remained out of sight from Imperial patrols, assassinating some unsuspecting officers and troopers on the way. The hallways of the cavernous station were such that even with the leaked information, it became increasingly difficult to navigate. Eventually, the team reached a narrow, darkened corridor far removed from the critical areas of the station. The Anazaxi commander Holscul turned his head slightly to Mai-Li.

Suddenly, the team heard a cackling female laugh. All six of the Resistance fighters looked around in the dark, but could not see the source of the laugh.

Once again, a blood-curdling laugh rang out from the dark.

The unknown entity laughed once more. Her voice was both unsettling and cheerful.

A whirling sound was suddenly heard, as if the figure had thrown a frisbee toward the team. An energy sword suddenly shot from the darkness, hitting and instantly decapitating two of the Resistance troopers while amputating another, before disappearing back in the direction it came. The unknown figure laughed with sinister glee.

As the remaining Resistance fighters fled in the opposite direction, the cackling laughter of their attacker followed them, haunting their steps. Suddenly, a lone female appeared from the darkness in front of them, blocking their path. Mai-Li took a shot with her blaster, though it was easily deflected by Cythonia.

All of the fighters opened fire, though not a single bolt of energy reached their target. Instead, Cythonia directed two of the bolts back at the troopers, killing one and seriously injuring another. Igniting her blade, she rushed forward with a sadistic smile etched on her humanoid face.

With a swift downward motion, the energy sword cut through Mai-Li from the shoulder to the waist, spaying blood on the walls. With ease, Cythonia dispatched her foes, ensuring that their deaths were as painful as possible. Within moments, all but one of the fighters was dead, Roenerr had slipped away.

The Ermitant ran from Cythonia as fast as he could. Speed was an Ermitant's poorest aspect, though the fear he felt gave him reason to pick up his pace as he realized he was the last one standing. They would not be able to report the station's data back to the Resistance, but Roenerr would at least see the job done - he was going to kill the Imperial Overseer, though he hoped to get the murderous Phaedra off his back before he had the chance.

Eventually, Roenerr emerged into a new room, and hope re-ignited in his heart: the Imperial Overseer was in sight in all of his massive frame, accompanied by Grand Mandator Mincarione and a small force of Imperial troopers. He would die there, but at least he would die as a hero, he thought. He rose his energy pistol and aimed it at the Overseer, yelling loudly and getting the attention of all in the room.

The shot was fired, the last in the Ermitant's life, which traveled through the air and sucessfully connected with the Imperial Overseer's head. He had not noticed the Ermitant's arrival due to being focused on the spaceships and was hit, the massive Oikoumene flinching and stumbling in place as the blast pierced through his skull, tearing out part of his crest and burning it into ash in front of the Imperial forces, leaving a gaping hole in his head. Mincarione gasped, her gaze briefly shot in the direction of the shooter before returning to the Overseer. A thousand thoughts entered her mind, most of which concerning her future as the station's commander as well as the Grand Mandator of the oversector. The surrounding Imperial troopers opened fire toward Roenerr's location before they seemingly vanished from sight, unable to hit the Ermitant. It was then that they noticed the Overseer letting out a profound, furious growl as his head turned to Roenerr, the wound on his head closing before the eyes of his subordinates as his own eyes shone a deep red.

The Overseer raised a hand, and the Ermitant gasped as he begun levitating. He clenched his fist, fury in his expression as he thrust his arm back, and before the eyes of the Imperials, Roenerr's body begun to disappear, as if turning into dust. In reality, Thaurlathrón was forcibly splitting every individual atom of the Ermitant's body, one at a time, in the most painful way he could muster. The Resistance fighter had little time to scream in pain as he was completely evaporated, leaving nothing where he was standing. The entire room was left in shock. Cythonia appeared near to where Roenerr entered. Telephatically, she informed the Overseer that the other rebels had been dealt with. The Overseer's head then turned to Mincarione, his face still locked in fury as an aura of darkness formed around him. His voice appeared much more thunderous than when she first spoke to him.

The Overseerk rose back to his full height as he slowly shook his head, his crest regrowing back to its full length as his dark aura slowly dissipated, his voice lowering in volume.

The following day, the Imperial Overseer and his Phaedric bodyguard prepared to leave the Ezduiin Station. Since the incident with the Resistance infiltration, the Overseer had remained silent, which gave the Imperials the impression was too displeased to talk to them. As he walked to his shuttle, he looked behind him to Grand Mandator Mincarione a final time as he spoke.

With this, the Overseer turned forward and walking into the shuttle in order to leave the station and return to Orbispira. Thousands of light years away, the Resistance leaders were completely silent. News had reached them that no only did all of their operatives die, but the Overseer was still alive and more determined than ever to crush the Empire's opposition. Senator Magalen shook his head in shock.

Magalen placed his arm around his wife.