Cult of the Eclipse

“Peasants, lords, criminals, knights! Warriors, mages, clerics! Young, old, strong, weak! Humans, elves, dwarves, giants, goblins, orcs! Deiwos, beastmen, dragons! Empires, kingdoms, tribes! ... All of it is meaningless! Haha, it simply matters not! Be you a king or a commoner, a soldier or a sorcerer, man or woman, it all amounts to nil. Nothing. ... But that's fine! In the end, we are all riding the same boat, drifting over the black, unsteady seas of life. No need to despair, initiates, for life is too short to feel sorry for ourselves. Instead, why not look to the moon and become enlightened as to how the brilliance of the Dark Truth eclipses all of our differences and unifies us as one, grand family beneath His one-hundred eyes...”

The Cult of the Eclipse is the name of Ramainaualmari's forces in Koldenwelt. A large-scale cult dedicated to the Simulacrum, it is primarily composed of cultists who have lost their minds and the dreaded golem-demons known as Lympharians. Under the leadership of Praenuntius, the Cult seeks to turn the entirely of Koldenwelt into demonic crystal, letting no one survive in the process.

The first incarnation of the Cult of the Eclipse dates from nearly 30,000 years, following the creation of the Lympharians by Kaherihonar. While the Thousand-Horned Dragon was largely disinterested in worshippers, the Lympharians were led by Vargash to corrupt the land and its inhabitants in order to turn the world into slaves, and through the demonic Simulacrum's dark powers, masses of both mortals and immortals were turned into loyal thralls. After its foundation, the Cult became one of the main enemies of the Earthsea League and the Orichalcum Elf Imperium, their cultists attacking them from the shadows while their Lympharian and Kruos hordes fought their armies.

When all facets of Ramainaualmari were either defeated or imprisoned deep under the earth, the Lympharians died out and the cultists lose their powers, making them easy targets to their enemies which led to the end of the Cult at around 6,000 BNA. Following the defeat of Caligaduro Provectus and the beginning of the Old Age, the Cult of the Eclipse became little more than legend.

However, at 2,400 BNA, the Cult of the Eclipse rose once again as Ramainaualmari's facets healed from their wounds and influenced the races of modernity to resurrect Praenuntius and his Lympharians, who begun to recreate the Cult like they had done the first time. In a matter of a century, the religion of the Abyss was born anew and sought to increase its power by all means necessary.

The Cult has been sighted several times since its resurgence. A large number of Lympharians appeared at the Frontier Land during the War of the Axe and the Sword, when Hetman Alexis the Twisted of the Empire of Man awakened them from a prison created by the Sea Giants during a bloody war against the Lesha Orcs. This resulted in a great portion of the human forces at the Frontier Land being converted into slaves, Hetman Alexis included, until humankind agreed to join forces with the Orcs to fight them. The combined human-Orc alliance defeated the Lympharians, bringing peace to the Land, though following this incident, Unseelies began infesting the region.

The Cult are also responsible for the near completely destruction of the Min Lagosi, destroying and converting them into more of themselves until only the Lagosi territory of the Kame Isles remained. The Lagosi successfully warded the Lympharians away by imprisoning the Crystal Manifest known as Princeps, at the cost of the Kame Isles being cursed with a never-ending winter. During the War for the Eye, the Lympharians were first seen working alongside the Shiarchon and were considered allies of their legion up to the Eschaton, where the Cult parted ways with the worshippers of the Adversary due to conflicts between their leaders.

In an attempt to take control of the Sovereignty of Dryada, the Cult infiltrated the elven capital of Purity's Apogee at 30 NA by indoctrinating Delmar Crowfeather, a human teacher of the Grand Sovereign State-College of Magicka through demonic whispers, which led him to be turned from an innocent tutor into a fanatical spy who would prepare the grounds for a future invasion. At Zenith's Rise of 35 NA, the Cult sieged the elven capital by opening a great portal at the courtyard of the Collegium, hoping to take the capital by surprise and surrender its leadership in one mighty swoop. However, the Cult's efforts were thwarted due to the Sovereignty's Civic Guard being alerted ahead of time of their arrival by the actions of Clothovera Moirai and her companions; the attack led to the deaths of thousands among both sides, with it being the Cult's greatest attack on the Sovereignty of Dryada to date, and their greatest attack on any nation in thousands of years.

The Cult of the Eclipse is a theocracy based around the worship of Ramainaualmari, the Simulacrum of Madness. Cultists are separated in ranks in which the Master Apostle is the highest, occupied by the most powerful cultist currently living who has direct contact with Ramainaualmari and the Lympharians. The Lympharians tend to stay separate from the cultists, ignoring their existence in order to live in the battlefield. All Lympharians share the same rank with the exception of the quartet of beings known as Crystal Manifests, who act as the leaders of the species and the Cult as a whole. The Master Apostle leads over the cults to the Mad Simulacrum, but he must answer to the Crystal Manifests and never contest their will.

The society of the Cult is made out of individuals who have turned to worshipping the Simulacrum of Madness for one reason or another. A portion of these individuals turned to Ramainaualmari due to the vile god's whispers eventually turning them insane, others due to being converted by the former and others simply because they believed living under the Cult would give them a better life. The cultists of Ramainaualmari preach equality among its members, believing all are equal in the hundred eyes of Ramainaualmari.

The Cult's existence is based around its worship of the three facets of Ramainaualmari by those who were corrupted or influenced by its malevolent energies. Unlike popular belief, the Lympharians have little association with it due to their nature as completely stoic and mindless beings. The Lympharians themselves see little use in wasting time worshipping deities when they could be in the battlefield converting and turning more victims into more of them. 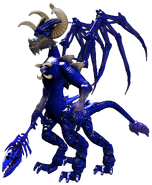 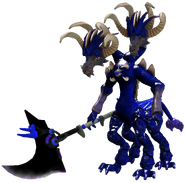 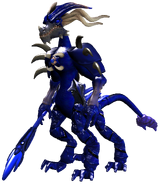 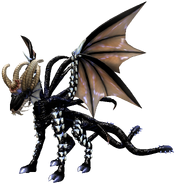 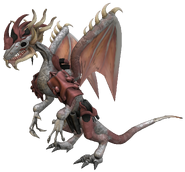 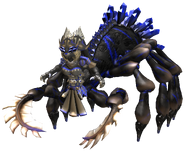 “Truly one of the most vile hordes of monsters the world has ever known, the Cult of the Eclipse has been turning life into madness since before I was even in this earth. To fight them is merely to slow them down for their numbers grow more and more as time passes, and until we manage to find their source, we will never be able to defeat them.”

“I simply cannot understand how anyone, anywhere, would ever want to be associated with these fiends. Worst of all, no matter how many our warriors slay, there always seem to be more just around the corner, waiting to strike.”

“The Cult would turn its back on the One Lord. Their heresy is unquestionable.”

Retrieved from "https://spore.fandom.com/wiki/Fiction:Cult_of_the_Eclipse?oldid=795855"
Community content is available under CC-BY-SA unless otherwise noted.