Start a Wiki
This database lists the sapient species of Coriusian Galaxy. 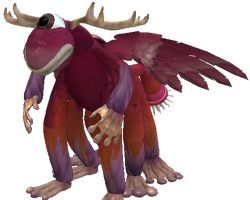 “It is not our fault... He is the puppeteer and we are his puppets.”

Master of the Skies are the major species of the MotSE. They are a hardworking species, but they were associated with warmongering and ruthlessness under the control of their Sky Lord, Ghuv'al. They either obeyed Ghuv'al's orders, or they plotted against him. However, most rebellions against the Sky Lord are only known to their members. 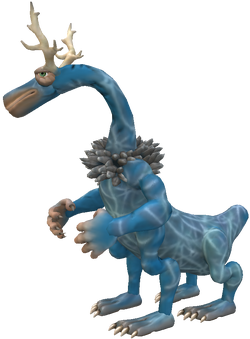 “Peace and order are our watchwords.”

Aloruna are one of the most prominent species in the Batorok Union. These mammalian creatures may look fearsome, but Alorunas are in fact peaceful, diplomatic and patient. 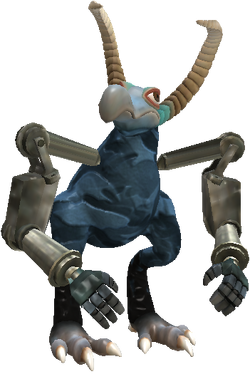 “Go with the flow of time and space, have some fun!”

Rilnoram are another member species of the Batorok Union. Most Rilnoram are cheerful and optimistic. Many of them are musicians or comedians, although Rilnoram are also especially prone to insanity. 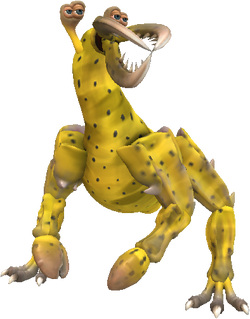 “For Spode, our Great Lord!”

Guloni are insectoid creatures, also members of the Batorok Union. They are fervent worshippers of the god Spode, and have been on the brink of waging religious wars multiple times. 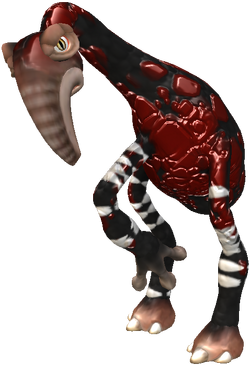 “There can be no peace without war.”

Lonari are perhaps the most aggressive species of the Batorok Union, the five-species alliance residing in the Southern Arm of Coriusian Galaxy. Lonari are very short-tempered and are known for their fascination of weapons, most notably guns. 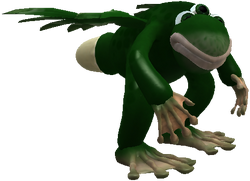 “Harmony is our only shield against the chaotic forces of the galaxy.”

Batorok Krinkuts are the last empire of the Batorok Union, and one of the newest space empires in Coriusian. They are rather conservative and not willing to abandon some primitive or tribal practices. 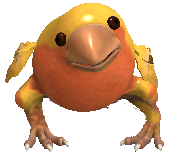 “Peace is what keeps our engine rumbling!”

Pips are small, avian creatures. Most Pips are extremely pacifistic in nature, only ever using violence in self-defense. Pips tend to shy away from international conflicts, although they are eager to explore, trade and befriend.

Retrieved from "https://spore.fandom.com/wiki/Fiction:Coriusian_Galaxy/Species?oldid=855727"
Community content is available under CC-BY-SA unless otherwise noted.