The Confederacy of Allied Systems is a huge nation comprising of millions of star systems and thousands of different species. Because of this huge size, the CAS has many individuals which are famous across the Cyrannus Galaxy and beyond. This page will list the most famous amoung them and give a short description of their life and history. 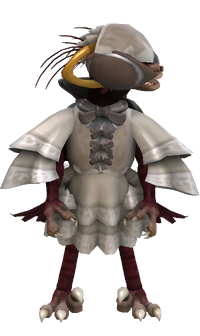 Calidusa is a Libertus, whose origins are a complete mystery. His homeworld is completely unknown though it is believed that he was born in the Outer Rim and quickly used his charisma and charm to work his way up the hieroarchy of his planet until he became its leader. When the planet was discovered by the CAS, it became a member, and Calidusa became its senator, and after a successful election, the leader of the CAS.

However, he grew unpopular with the citizens of the CAS, due to his poor military tactics that cost the Confederacy many victories in the war. Because of this, a motion of no confidence was passed and Senator Dasa became the new ruler. Angered and shocked, Calidusa disappeared from sight. 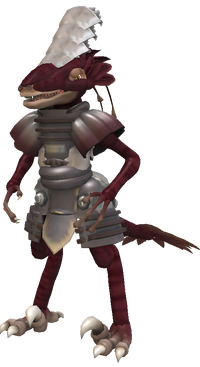 Chancellor Dasa's early life is basically unknown, apart from the fact that he was born on the Outer Rim planet of Arathamii, a peaceful world of huge snowy mountains and calm alpine lakes. When he was a young adult, he was a very successful politician, who used his charisma to become the leader of the planet, a position he held until 5 BTC, when the world became a member in the Confederacy of Allied Systems, with Dasa becoming the senator of the Arathamii Sector. During the Great Cyrannus War, the Chancellor of the Confederacy, Casildusa became increasingly unpopular with the citizens of the Confederacy, due to a large string of Cyrandia victories.

Taking his chance, Dasa proposed a motion of no confidence in the leadership in Calidusa, which was passed, making Dasa the new leader of the Confederacy. As soon as he was elected, he called for a massive military construction, which gigantic starships and land forces being constructed quite quickly. However, later Senator Naberrie of the URC proposed peace with Senator Buroa of the Confederacy, which the Confederate Senate agreed with. However, before the Treaty could be finalised, Senator Buroa was mysteriously assinated. Dasa was furious and assumed that the Republic commited the crime, which means that the war did not end.

Later in the war, the Dark Lord Tyrómairon tasked his best lieutenant, Apeligateza to kill and assume the place of Chancellor Dasá. Gladly, Apeligateza transported the captive chancellor and killed him. When he returned to the Chancellor's home, he assumed his form, and began to lead over the Confederacy... 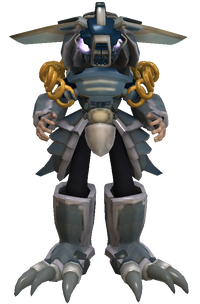 Garlboz is an individual in the Confederacy of Independant Systems. From what race he hailes from is unknown, and he refuses to tell anyone. The Confederate didn't matter, as he is quite wealthy and is well familair with the Quadrant Galaxies, he soon became an important advisor to captains and admirals about various tactics. In fact, he studies Rambo, Imperial, Hutter and URC tactics and with it he hopes to counter attack them and predict them. He wears an armor to protect himself, the suite can also provide a limited survival in outer space.

Though not all captain, especialley admirals do not need his advice (or at least in their own opinion) he soon grew bored. But with Lizaconda's victory over Karzhamahri-Nui he had a new job, he was allowed to become the Confederate Governor of Karzhamahri Nui. His plan worked well, he allowed to citizens of the colony to live their own lives, and on occasions Confederate patrols would fly over or drive through the cities.This favored him by the citizens of Karzhamahri Nui. Yet he still realises the citizens are still Rambo Nation citizens and would siege any change at rebellion. As Governor of Karzhamahri-Nui, he sees it as his first step to realize his wish to rule over the Rambo Nation sector when it fall under complete Confederate rule.

As he ruled over Karzamahri Nui with an iron fist eventually the Third Battle of Karzamahri Nui arrived and hit the planet. Trapped in Ga-Laiquendi, which was taken over by Rambo Nation troopers he found himself facing Claire Rambo and a trooper named Zabiela. Yet his Mortalitas soldiers managed to trap them, though a number of them were killed by Zabiela and an acrobatic move by Claire Rambo. Mocking them and raising his sword he prepared himself to finish the job when a massive shockwave send him, Zabiela and Claire flying.

After waking up he noticed that all of his Mortalitas soldiers were dead, though Zabiela and Claire were not. Powering up his magical blade he dispatched with unleashing painful energies, Claire was hit in her midsection while Zabiela was hit with the magical energies straight on his head. Both fell unconcious after an agony yell of pain, which pleased Garlboz. When he asked Lizaconda what the status was of the battle, he revealed what happened and that destruction of the Suiliagothrond and the burning red sky was a result of it.Garlboz then walked for hours when he reached a special spot, there he summoned an ancient entity that would do his bidding. However the experience with the entity drove Garlboz nuts and the creature blessed him with ancient powers of darkness before leaving to the Realms of the Gods again. Garlboz then recieved ideas that he could rule the Confederacy and began his quest to do so.

He travelled to Arthrastral to mobilize his remaining forces to counter attack the Rambo forces at Karzamahri Nui. However the Rambo already laid siege upon the planet and coordinating the attack Garlboz himself came under attack by various Rambo airborne troopers and Claire Rambo. Killing most airborne troopers with his magic at gruesome ways he was eventually defeated by Claire and remaining airborne troopers. In the resulting explosion he mysteriously vanished and became missing in action.

Senator Amleda is the leader of his people, the Anazasi. He is an elder senator who was once one of the most notable representatives in the United Republic of Cyrannus. However, when the Anazasi decided to move from the URC to the CAS, Amleda, ever the champion in democracy had to comply and became a senator in the Confederate Congress.

Despite this, Amleda doesn't hate the URC and currently his only wish is for the Great Cyrannus War to end for peace to once again greet the galaxy in full. He is loved by his people and is even respected in the URC, who see him as a servant of his people, the perfect representative. 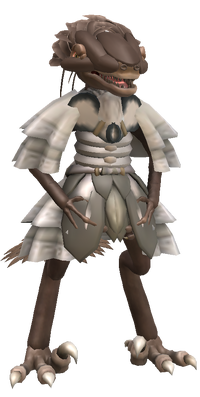 Senator Mioa was an experianced member in the Cyrannus Senate, representing Paradisua, a temperate planet located in the Mid Rim. However, despite serving the senate valiantely and believing that that the senate has many truthful and kind representatives, she also grew tired of the corrupt senators who seemed to seek their own power. She was so annoyed by this that she approached the leaders of Paradisua and convinced them to leave the URC and join the Confederacy of Allied Systems.

She proved to be a valuable member in this new organization, but she was angry that it decided to build up its armed forces by such a huge factor. She traveled on a state visit to the Rambo Senate on Väeressëa in order to promote peace and talk with the different senators and representatives of Rambo Nation. However, while in conversation with the Chancellor of the Crown, she was injured by the infamous bounty hunter, Zevracence. Though the Senator survived, the peace treaty with the Confederacy did not and Buroa was sent to a Rambo Nation hospital, where she made a recovery. Shocked by the experiance, she returned to the Confederate Capital.

Later in during the Great Cyrannus War, she was visited by her old pupil, Senator Naberrie in order to discuss another peace treaty, Buroa was in a state of shock and happiness upon seeing Naberrie and greeted her with open arms. The two talked for many hours and eventually agreed upon one thing, they would both request a peace treaty with both of their senates. The two woman departed, conforted in the knowledge that the war may be well on the war to a peaceful ending. However, soon after, Buroa was assisinated by an unknown figure, while the peace treaty itself was also abandoned. Buroa's death was marked with remorse from both sides of the war. 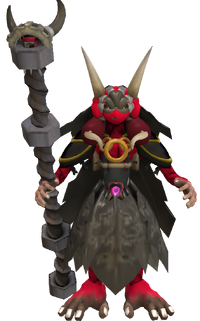 Geldrim is the ruler of Yudumarth, and ruler over the Yudimaran. Long time familairs of Rambo Nation they are considered a threat by Rambo Nation! Geldrim has magical abilities and is the long time ruler of Yadumarth. Ruthless and delusional, he sees his corrupting ideas are the way for the Yudimaran and he considers himself a saint.

His ideas led to the multiply refusal to join Rambo Nation, and instead in the year 04 AQF the Yudimaran under his rule joined the Confederacy after they won the battle and the Suiliagothrond Battlestation destroyed a city at Yadumarth. Due to joining the Confederacy he became a Senator, representing the Indepandant Colonial Union, which contained all Yudimaran planets. During the early months he expanded the militairy, building more dropships and tanks for Confederate use. During the 5th month, one of his slaves (Uruviel) was saved and escaped his rule, but Geldrim didn't care. He was trying to become the Vice-Chancellor, hoping to recieve this position would expand his influance in the Confederacy.

Sometime during the third year, near the end of the war Geldrim was killed by an elite team of TIAF soldiers, though still managing to defend himself for a while, he was killed after he was tackled to the ground by Salgada, who later stabbed Geldrim in the hart after he swore that ill luck would come to the cities of the TIAF.

When Geldrim died, Yudumarth went into choas and was left leaderless as his daughter and heir to his rule was also taken by the TIAF. It could be said that with the death of Geldrim, Yudumarth fell into an economic and social depression. 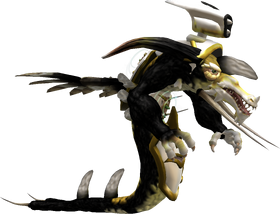 Lore Enema is a young Zranazm Ipico who, despite being 6 years in the Zranazmian Military, is very new to CAS Weaponry and Military, thus he shows a shy personality when interacting to his CAS officers. Being in the Raka Apekü Clan, he shows a very strong interest for warfare and commandership. Lore Enema joined the CAS Military as soon as they joined the CAS, in 3 ATC, because he was considered "one of the best".

Within the Great Cyrannus War, Lore Enema has not been in any battles, however, he was carefully studying both sides, their strategies, their military, and during Lore Enema's training sessions, he showed the techniques to his troops using simulations. He has also spoken to Zillum about his own tactics, learning from someone far greater than him. This made Lore Enema a valuable asset to the Zranazm Ipico.

He usually has a happy and joyful personality, always cheering his soldiers before battle. He can be extremely devoted to the CAS, to the point he desires to learn all about them. Lore Enema wishes for the victory of the CAS in the Great Cyrannus War. 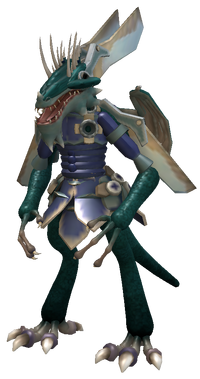 Senator Nakingda is the current leader of the Trucinex that have joined the Confederacy of Allied Systems. Despite this, Nakingda was an allied spy during the Trucinex War and disliked the zealous attacks the Trucinex made against other species. He was a strong opposer to the policies of the Nex Prophet and actively seeked his demise with the help of the Capricorn Sector Alliance.

In the aftermath of the war, he grew quickly tired of the CSA and led his people toward isolation, eventually joining the Confederacy of Allied Systems, where he now resides as an influential and good senator.

Retrieved from "https://spore.fandom.com/wiki/Fiction:Confederacy_of_Allied_Systems/Individuals?oldid=644316"
Community content is available under CC-BY-SA unless otherwise noted.