The Confederacy of Allied Systems has a large assortment of ships, cruisers and destroyers, used in the many campaigns the nation finds itself in. These ships are only now being seen by the universal community, through the ongoing Great Cyrannus War, against the mortal enemies of the Confederacy, the United Republic of the Cyrannus Galaxy. 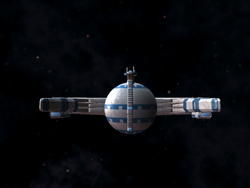 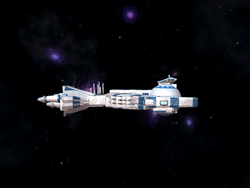 Emporicó-class
Add a photo to this gallery

The Emporicó-class Dreadnought is (so far) the largest Confederate ship in active service. This huge behemoth is twice the size of the Mortalitas Dreadnought and has few equals in battle. The Emporicó-class contains thousands of troops, tanks and other war machines built for the sole purpose of subjugating enemy worlds and protecting important allied worlds.

So far, the Emporicó-class has not yet been used in battle, however the Mortalitas designers are hopeful that it will prove a threat, the allies cannot withstand... 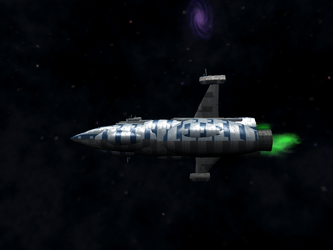 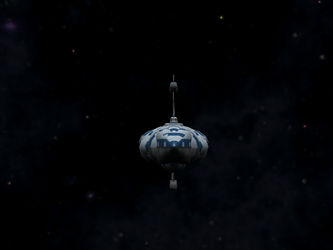 Mortalitas Dreadnought
Add a photo to this gallery

The massive Mortalitas Dreadnought was given to the Mortalitas by the other members of the Imperial Alliance. A roughly cylindrical warship, the Dreasnought's surface is dotted with heavy weapons emplacements capable of piercing through the shields and hulls of enemy vessels. Dreadnoughts are massive, cylindrical 2500-meter-long warships with a pointed nose that tapers towards the superstructure. Rising from the stern portion of the vessel, is an elongated main communications and sensor pod.

A famous ship of this line is the Benevolent, under the command of General Zillom. It was involved in the Battle of Capricaerón but eventually had to retreat back to Imperial space as the CSA, Rambo and DCP defeated the Imperial Navy. However, it later joined the Confederate Navy under its master, Zillum.

Providence-class
Add a photo to this gallery

The Confederacy's premier battlecruiser, the Providence was designed using designs from the Imperial Alliance. The Destroyers themselves are the main cruisers in the Confederacy's battle fleet. They are durable ships that are as fast and as tough (if not even more tough) as the huge Hunter Destroyers of the URC, the Providence Class is 1,900 meters long. It is used by the Corporate Alliance and the CAS.

Weapons-wise, it houses 24 Quad Turbolaser Turrets, 44 Dual Laser Cannons, 12 Ion Cannons, 102 Proton Torpedo Tubes and it could charge all these weapons to inflict massive damage on any ship that dared oppose it. It can also house a cloaking device used for sneak-attacks. 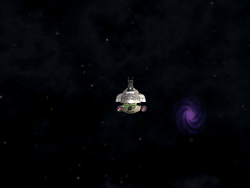 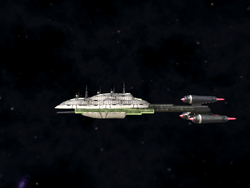 Rescure-class
Add a photo to this gallery

The weapons of the Rescure are strong enough to take out most capital ships, but if it came under heavy fire from enemy ships, the light-destroyer would most likely be severely damaged or destroyed. The Rescure Destroyer utilized turbolasers and proton torpedoes to bombard larger enemy starships in combat. Cluster bombs were also used to damage or destroy other capital ships. These cluster bombs could be used in close proximity of the ship as a last defense effort to thwart off fighters and bombers. 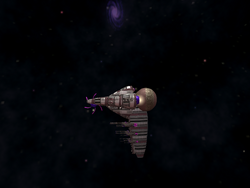 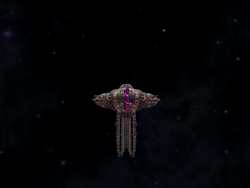 Revenge-class
Add a photo to this gallery

The Trucinex Imperium managed to salvage some DCP technology, which had not self-destructed (most are gene coded, as ID is written in the genes), however, they may have recieved help from the Magellanic Sovereignty of Planets.

At the end of the Trucinex war, the Trucinex were Tier 4 civilization. Still regarded as the "would be conquerors", the reformed Trucinex Imperium was back for avengeance. Using stolen DCP multi-phasic shielding and a large subatomic disruptor powerful enough to crack a planet, the Trucinex were out for revenge. Its two Quad turbolasers could now fire 150 teratons as well, powered by DCP technology.

In addition, it has large hangar bays, and 6 hufe forward facing Railguns. Although such projectile weapons were weaker against capital ships, they proved a less energy-expensive option for taking on fighters, 1) the ship uses the railguns to take out enemy squadrans, 2)the warship then releases its own fighters.

Munificus-class
Add a photo to this gallery

The most common vessel in the Confederacy Fleet, the 750 metre long frigate is deployed in the thousands. They are almost always found in fleets escorting a flagship, such as an Providence Class or a Federal Class. The captains of the Munificus-class are often lower ranking commanders, and are often Mortalitas.

They are very proficient in combat and only require a small crew to operate, they are known to be a favorite with captains that prefer to utilize its speed and agility, however sometimes high ranking Confederacy individuals will also use these iconic ships of the CAS. 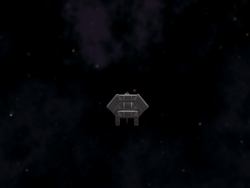 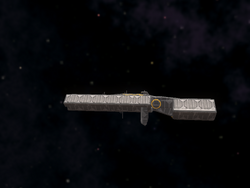 Yadimaran-class
Add a photo to this gallery

The large but very slow Yudimaran Battle Cruisers are the backbone of the Colonial Independant Union, capable of firing heavy missles one of these ship can match the fire power of the Constitution Classes. Carrying invasion forces and vehicles. They are made at Yadumarth and are rarely seen in battlefleets due to there lack of speed. They are considered one of the weakest ships in the Confederacy Navy, but are perfect for back up or patrol duties. 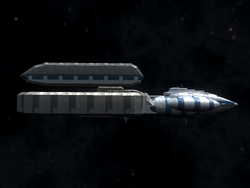 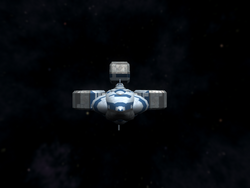 Grígori-class Cruiser
Add a photo to this gallery

The Grígori-class Cruiser is an old ship used by the Mortalitas Empire since the Second Galactic War. It bears resemblance to the much larger Mortalitas Dreadnought. The cruiser is the most common blockade runner in the CAS armada, and it uses it's massive engines to break through enemy fleets and land on the surface of a planet.

The Grígori-class is very effective and its strong hull, weapons and engines make it a perfect command frigate of the Confederacy. 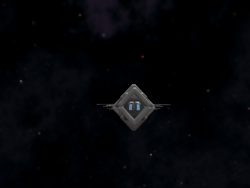 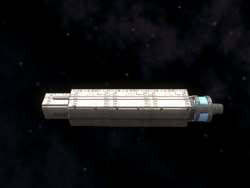 Selída-class
Add a photo to this gallery

The Selída-class Attack Frigate is a small 350 meter long frigate used by the Libertus Liberation Front. It has very powerful engines and very fast turbolasers, which make short work of fighters and bombers.

When the Libertus Liberation Front joined the Confederacy, these ships became common frigates in the Navy.

Retrieved from "https://spore.fandom.com/wiki/Fiction:Confederacy_of_Allied_Systems/Confederate_Navy?oldid=662192"
Community content is available under CC-BY-SA unless otherwise noted.