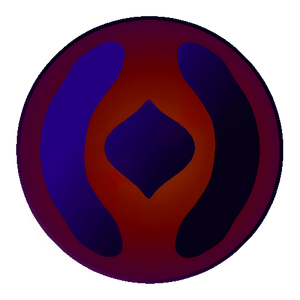 The Cognatus Empire fields a strict, zealous military that seek to serve the interests of the gods through military action against heretical civilisations. During the Intergalactic War, the vast majority of officers in the Cognatus Battlefleet were Cogsangui, who held complete control over military matters. However during the reign of the Cognatus Remnant, other species began to advance through the ranks.

When the Cognatus Empire came to power, the rules regarding other species being given a fair chance were not repealed. However, the higher ranks of the battlefleet are almost exclusively Cogsangui. 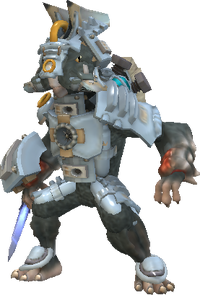 “I don't care what the Cogsangui say: the Gods have made us equal.”

Normally, Vevilog are seen by their Cogsangui officers as half-witted cowards who can only be dangerous on the battlefield because of their sheer numbers, but Nanak is an exception to this stereotype. A prodigious warrior gifted with intelligence, cunning and strength unusual for his species, Nanak is a proud, noble warrior of the Cognatus Empire and a fervent follower of the Oikoumene who has proven his tenacity by surviving through impossible odds (i.e suicide missions) during the Intergalactic War and the Great Cyrannus War. His superiors, however, still tend to look down at him because of his species, which annoys Nanak to no end.

Currently, Nanak serves as one of Vos Adamae's officers aboard the Glory of the Tribe as an Ultra. Although he does not agree with Adamae's more extreme methods, Nanak still serves his captain loyally. His position, at the other hand, does not satisfy him at all, for he desires to commandeer his own vessel, feeling that his military career is being hindered by the Cogsangui's speciecism, which he despises. As such, Nanak continues to fight alongside his captain in battles across the Gigaquadrant, hoping that one day, he will become the first Vevilog shiplord in history. 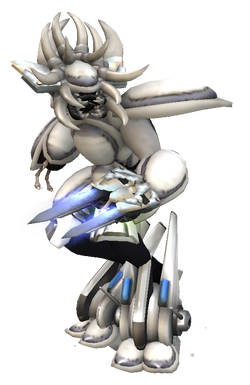 “I lead my vessel with honour and conviction.”

Rtas'Shagili is a Cogsangui shiplord that serves in the Cognatus Battlefleet. 'Shagili has a long service record that strecthes back to the years of the Intergalactic War, during which he served as second of command aboard Thel'Vicliquam's flagship, the Shadow of Liberty.

During his time as second in command of the flagship, he became good friends with 'Vicliquam and proudly agreed with 'Vicliquam's actions, while not being afraid of voicing his opinion. After the war, 'Shagili continued to serve with the Cognatus Remnant and finally the Cognatus Empire, being promoted to shiplord during the first year of the Dark Times.

Though he is a capable strategist, Rtas'Shagili also has a tendency to underestimate his enemies, which was later shown when the Cognatus Fleet had to withdraw from the Rambo Capitol Planet during the Final Battles of the Intergalactic War. Now, he commands the Fervent Devotion as shiplord.

TorasAcetenus is a Cogsangui shiplord that serves in the Cognatus Battlefleet. Acetenus hails from the same clan as the famous (or infamous) Voro Acetenus, though the two are not known to be related.

Despite this, Toras' respects Voro' for his exploits during the Great Cyrannus War against the Neraida Gigamatrix and views the captains that served in the conflict as being honourable warriors. Toras' is a relatively young Cogsangui and as such has not experienced the Intergalactic War or the Great Cyrannus War from the bridge of a starship.

When he received the rank of shiplord, Toras' gained command of the Cognatus Frigate, the Sacrosanct Justice and hopes to make his clan leaders on Cognalorilos proud. 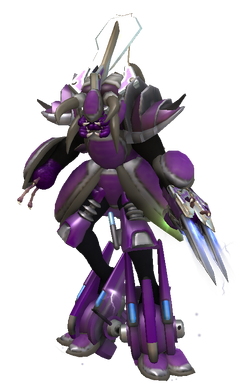 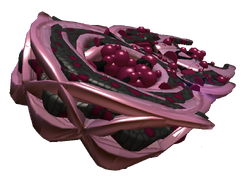 “I have no time for failure.”

Thel 'Vicliquam is an dangerous and cunning Cogsangui, responsible for the Cognatus assault at Rambo Nation during the Intergalactic War. Afterwards he vanished and allied a dangerous Rambo Nation individual and later on re-emerged as once again the captain of the Shadow of Liberty, though now in service of the Cognatus Remnant.

After the Cognatus were split in two due to the forming of the Cognatus Empire The'Vicliquam began acting as a double agent, aiding both sides if they were in his own best interests. 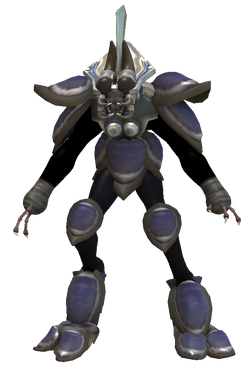 “I honour the gods through the destruction of heretics!”

Vos Adamae is a Cogsangui warrior that serves the Cognatus Empire as "fleetlord", a title synonymous with a high ranking admiral. Adamae is known across Cognatus space as it's most deadly crusader, known for his many exploits against heretics in both the Intergalactic War and the Second Borealis Galactic War.

He commands his personal Theoí-class Battlecruiser, the Glory of the Tribe in his many exploits against heretical species, such as during the brief war against the Eaglartin of the Borealis Galaxy, during which he destroyed their civilisation. Adamae is considered a terrorist among most non-Cognatus factions, such as the Galactic Empire of Cyrannus. 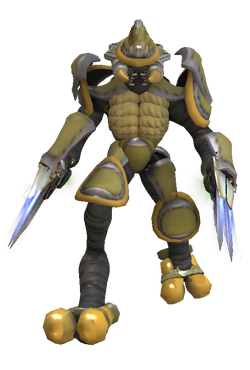 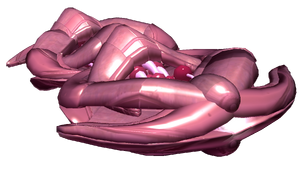 “Honour. Loyalty. Respect. These are the qualities that make a Cogsangui a true Cogsangui.”

Theu'Vandonee is the current Warmaster of the Cognatus Battlefleet, a position that gives him overall control over the Cognatus armed forces, as well as giving him an important political role.

'Vandonee was born on Cognalorilos in the year 230 BNE and like most Cogsangui, spent much of his young life training to become a warrior. Even from a young age, his village elders saw him as something special due to the young Vandonee's great skill in combat as well as his devotion to both his family and to the glorious gods of the Cognatus Alliance. By the time the Intergalactic War broke out, 'Vandonee was already at the rank of Fleetlord of the Fleet of Intrepid Devotion, one of largest fleets used in the invasion of the United Republic of Cyrannus.

When the final battle between the Cyrannian Republic and the Cognatus broke out over the Twelve Colonies, 'Vandonee was not apart of the main taskforce led by the then-Warmaster, Azen'Luaphoee. As such, his fleet did not enter the Oikoumene portal and thus was not infected by the Purity Virus.

After the war, 'Vandonee joined the Cognatus Remnant under Voro Acetenus and grew to respect him as a battle brother. However, during the Great Cyrannus War, 'Vandonee lost much of his faith in the gods after his family was assimilated by the Neraida Gigamatrix. However, he kept these feelings to himself and when the Cognatus Empire was formed, he joined it, eventually becoming the leader of the entire Battlefleet. When the Cognatus Empire came under the control of the ancient AI known as the Licent, 'Vandonee plotted to work against it. Several months later, he met with Empress Ramashe at Aecor, where he oversaw the handover of prisoner of war, Han'Ateeshe.

He commands the Light of Intent, the most powerful vessel in the Cognatus armada.

Retrieved from "https://spore.fandom.com/wiki/Fiction:Cognatus_Empire/Captains?oldid=755033"
Community content is available under CC-BY-SA unless otherwise noted.