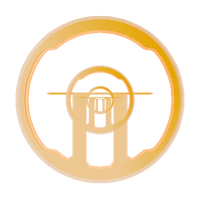 All has been calculated and will ensue as planned.

“He appeared before me, stopped me from killing my target. His presence burned through my skin, and his eyes pierced my very soul. He is dangeorus to our Order, our master must realize it!”

Chaneonix was a mysterious member of the Oikoumene race who dedicated himself to protecting all sentient life in the Cyrannus Galaxy. Affiliated with the Aldárae Order, Chaneonix worked to ensure the continuity of life in the galaxy, less worried about how to do so and more that it is done. Unlike other Oikoumene, he usually took the form of a radiant two-tailed phoenix whose light is enough to dwarf that of stars.

During the Apotheosis era, Chaneonix was a Vosaus, one of the greatest scientists of the Oikoumene and the main researcher of Cyrannus' Vida'Rranlora database, spending most of his time studying and interacting with the ancient intelligences. According to himself, he was among the Oikoumene responsible for the creation of the Miluiel, though he spent the majority of his time within the confines of the Vida'Rranlora's database, communing with them instead of interacting with others of his kind.

Following the fall from grace of the Mornûnendur, Chaneonix was picked to be the head of the order of the Estëmentári against his wishes - he believed it irrelevant to his interests, but played along out of obligation. What followed is unknown, but Chaneonix would be one of the few Oikoumene to escape the great disappearance of his race by secluding himself within the Vida'Rranlora's database, where he spent the next several million years calculating the direction of the galaxy would lead to and eventually coming to one conclusion: he needed to wait for the Lord of Light's return.

During the Great Cyrannus War, he made his first appearance in the modern era when he saved the life of President Apollo from the clutches of Mar-Júun and Meketanor; his motives would be unknown for many years, but would eventually be revealed that he had calculated Apollo's link with Gorf and the latter creature's role in the future ahead of time, with the premature death of the President being unacceptable in his goals. During this time, the returned Mornûnendur were puzzled by Chaneonix's neutral stance on their war against the Primercer, with the Vosaus evading their sight at every possible opportunity.

With Apolithanatár's reemergence during the Second Great Cyrannus War, the Mornûnendur realized Chaneonix's true intentions and begun hunting him down across the galaxy, making hiding from them more difficult. He would eventually travel to Aldár and pledge his allegiance to the Aldárae Order and the Lord of Light, and thanks to his knowledge acquired from the Vida'Rranlora, he had become an expert in combating the Corruptus, leading him to begin instructing the Order in how to permanently destroy one of its most insidious enemies, the nightmarish Mar-Júun, which would ultimately lead in success.

Following Mar-Júun's true death, the nightmarish god Shu'wokerama attacked the Cyrandia Cluster in a fit of rage, demanding retribution for the destruction of his servant. He would only be stopped following a cataclysmic battle against Chaneonix and Thaurlathrón, who managed to send the demon back to where he came with their combined powers over Light and Darkness.

Chaneonix was finally involved in the Great Battle of Orbispira, where he openly fought the Imperial forces by bringing the Miluiel to Orbispira and defeated Thaurlathrón in single combat. After Tyrómairon was vanquished, Chaneonix departed with Libraé, but not before bringing Gorf back to life as a parting gift to Apollo for his role in the Empire's downfall.

Chaneonix was unique among the Oikoumene. While they were known to be shapeshifters, most of their kind tended to prefer taking Capricyránae forms, similar to those of other Cyrannian species. Chaneonix instead preferred to take the form of a radiant phoenix, each of his feathers emitting a golden light which dwarfed that of stars when he made himself visible - his time spent with the Vida'Rranlora made him prefer to take a form similar to their own rather than one of a Capricyránae. Since the battle with Shu'wokerama, Chaneonix's body had noticeable scars which he appeared to be unable to heal completely.

Chaneonix, fitting a scientist, was highly logical and acted largely guided by reason and efficiency. Finding the loss of life wasteful and against the ideals of the Oikoumene, he opposed forces such as the tyrannical Empire and the fiendish Corruptus, seeing both as illogical taints in his people's legacy. Chaneonix's emotions were not pronounced, making him appear aloof or insensitive compared to the likes of Apolithanatár, though he had no prejudice towards other races, even if he considered them 'less enlightened' than his own.

“I see a prosperous future ahead.”

“I protect life. But I will not protect yours.”

“I admire Chaneonix's perseverance. But I do not appreciate his unruliness. He will regret picking the wrong side of this war.”

“Lifespeed, my old friend. Eternity for you and you again.”

“Allegiance to the preservation of the song of the patronois is the highest instinct and purpose of an Oikoumene. You - vosaus - however, act so rarely to the correct degree.”

Retrieved from "https://spore.fandom.com/wiki/Fiction:Chaneonix?oldid=861241"
Community content is available under CC-BY-SA unless otherwise noted.