“Tuuros is ruled by the strong. Those who rule the strong are nothing short of gods, to be sure. But there are many in Tuuros who fall short of the strong, those who suffer at the behest of the corrupt - those who thrive off the decay of others. And there are some in this galaxy of darkness who protect those who cannot protect themselves, and woe on those who challenge them.”

The Centauran Defence, formally known as the Tuurosian Altruistic Peacekeeping Organisation is a non-governmental organisation situated within the Xittan-Tokk Sector of the Tuuros Galaxy. Established in 2760 following the end of the Tigris War, the Centauran Defence was formed with the goal of altruistic aid to those who were affected by the war in Tuuros, and later became involved in peacekeeping in areas of conflict in the galaxy. The Centauran Silent Division is the covert operation subsidiary of the Centauran Defence. A more militaristic and lawfully questionable body than the Defence, the Silent Division's key goal is to bring about the dissolution of the key figures of the galaxy that create inequality and political/economic violence.

The Centauran Defence is characterised by its two divisions; the Task Force, and the 49,000 or so operatives that exist as employees in a wider scale. With the goal of regional stability in mind, the Centauran Defence operates across the Tuuros Galaxy as a whole, providing aid and supplies to several impoverished and war-torn areas in the galaxy. From this, the employees of the Centauran Defence consist of guardsmen, scientists, medics and couriers that assist in the mobility of the overall organisation. As a result, the Centauran Defence is viewed in many different perspectives across the Tuuros Galaxy; a considerable percentage of the criminal underworld of the galaxy view the organisation as a major blessing to the galaxy's most dangerous areas, whilst other powers such as the Asilaphean Empire view them as a nuisance.

The Task Force comprises the Centauran Defence's most open and well-documented instances of activity. Whilst not law enforcement by definition, the Task Force are occasionally responsible for quashing major criminal activity that prove detrimental to a populace. When faced with violent situations, the Task Force are often the intermediary response to attempt to bring such situations to a more amicable outcome, with varying degrees of success in the past. Most Task Force operatives are key in assisting the rest of the defence in its altruistic aid and its organised presence across the galaxy, and usually act as key figures of protecting the lives of the Defence's population.

The Silent Division rarely works in conjunction with the Centauran Defence, as their methods often separate their locations by considerable distances. The Silent Division's complement is undisclosed, as well as the identities of their Task Force. Due to their general secrecy, the Silent Division works in enemy territory often, in attempts to uncover information that might prove beneficial to the dissolution of opponent states.

Tualamaxatec is the first and current Director of the Centauran Defence. A Nanusuloan who defected from his home government, Tualamaxatec saw the blind governance of the Nanusuloan Convocation as it allied with the Asilaphean Empire, which exterminated billions upon billions in silence. Tualamaxatec formed the Centauran Defence with the hopes that the galaxy may know a time without invincible tyrants, and wishes to see the dissolution of brutal regimes and systems of mass extermination. 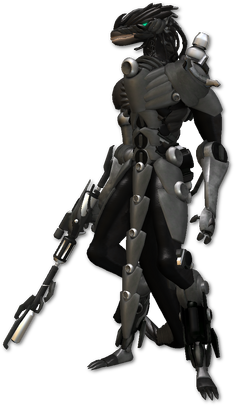 Kit, known formally as Kitmnárochoaltánún is one of the Task Force Operatives and the only extragalactic member thus far of the Centauran Defence. After leaving his role as an associate of the Penumbra Unit of the Polar Crystal Alliance, Kit travelled the stars as a mercenary for some years until he decided to brave the stars of the Tuuros Galaxy. Completing some mercenary work there for some months also, Kit was eventually directed to the attention of the Centauran Defence, which he eventually became part of not long after.

Talnin Aneivin is a Sildas Task Force operative, widely known for her former work in the medical and psychiatric fields. Originally a slave within the Sacrosanctity of Hiroghain and Ikara, Talnin was bought from her master and subsequently set free by the Centauran Defence. Despite being a woman just in her mid-twenties, Talnin is an expert in xenobiology and due to her species' mild telepathic abilities, an excellent psychiatrist - both skills which have found her much use in the Centauran Defence, given the multitude of species in its employ. Additionally, she is also responsible for the evaluation of potential new Task Force members, and is the one person all operatives meet at least once during their tenure with the Centauran Defence. 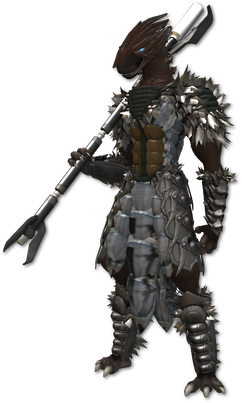 Mazarothas Thaalomyanhaadad is a Mahanayan Task Force operative, and one of the first and surviving operatives of the Centauran Defence. A Mahanayan of considerable age, Mazarothas assigned himself to the Centauran Defences as means of attaining the life goal of Mahanayans; the understanding of balance. Though he is one of the few Mahanayans spacefaring across Tuuros, Mazarothas is primarily a threat assessor on criminal planets and lives on several different worlds generally going unnoticed by the threats of the galaxy. Like many Mahanayans, Mazarothas is a masterful essence user, and has in the past instructed other particular operatives on how to harness their essence abilities also. 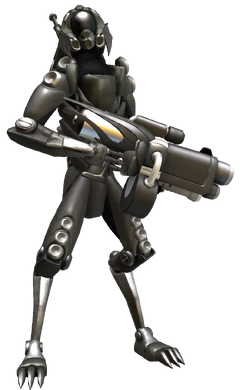 Gaiel-Visdec is an Aenthin Task Force operative. A former marine from the Aenthin Admiralty, Gaiel was eventually exiled over his disagreements with his superiors that had led to a violent coup. Finding his footing as a minor pirate captain, Gaiel quickly gained infamy for his skills as a smuggler and the martial discipline he maintained among his crew. However, he was eventually apprehended by Nanusuloan authorities but was set free at the behest of the Centauran Defence, who were interested in hiring the man. As an operative, Gaiel has proved himself to be a valuable member of the Centauran Defence, boasting a keen tactical mind almost unmatched by his fellow operatives and possessing a deep understanding on the Tuurosian criminal underworld.

"Only by helping others can the galaxy grow."

"We trust that we can change your mind at some point."

"The galaxy cannot survive on bloodshed."

“An insect is only annoying because it fears the very thing that can stamp it flat.”

“I will be honest; the Centauran Defence provide safe havens for the galaxy that can only be admired. But I do not abide those who want to tear my infrastructure apart from the inside.”

“You will not interfere.”

“Do you truly believe your own lies? That the galaxy needs you, that you are bringers of peace? All make-believe, I promise you. You, by your very nature, bring about only more conflict. You are its puppets... my puppets.”