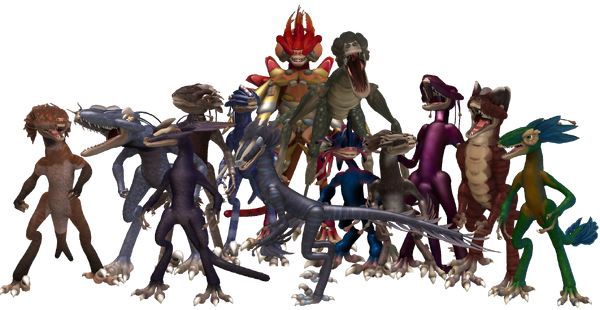 The Great Thirteen Races of Capricyránae, also known as the Thirteen Tribes and occasionally Capricornians are a collection of species native of the Cyrandia Cluster who, despite being separated by thousands of light-years, are all biologically related through their genetic structure, which was influenced by the ancient Oikoumene millions of years before they achieved sapience.

The conception of the Capricyránae dates back to the Apotheosis Era and perhaps even earlier, when the Oikoumene chose twelve promising worlds across the Cyrandia Cluster and influenced the evolution of certain races in them. The motives of the ancient race of Ultraterrestrials are a mystery to the races of modernity, but they are speculated to have done so in order to create tribes of galactic keepers who would preserve the Cluster after the Oikoumene departed to beyond the Gigaquadrant. The Libertus in specific are said to have been chosen as the de facto successors of the Oikoumene, though whether the Capricyránae would evolve into galactic-dominant races was all based on their own successes rather than the intervention of highly advanced aliens.

The Tribes possess a grasp on the concept of the Capricyránae, with the races coming to realize their biological links through the ages. A subversion exists in the Bisistar, who while aware of their connection to the other Tribes, are too secretive for the others to be aware that they are a Tribe themselves. The Capricyránae also possess a number of subspecies, races of individuals who were born after the Oikoumene's intervention, and while they are not considered standalone Tribes, they are still considered members of the Tribe of their prime species and still possess the shared genetic material with the Oikoumene. The number of the Tribe is not considered relevant in most cases, though the Libertus are typically considered the first, and the Oikoumene are always considered the thirteenth. 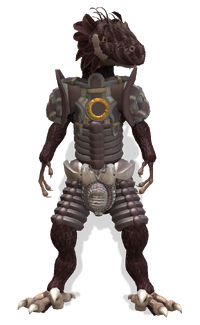 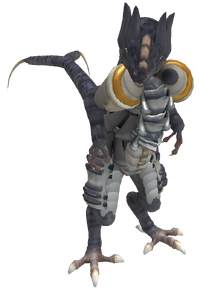 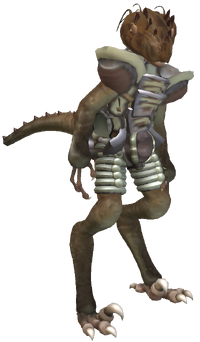 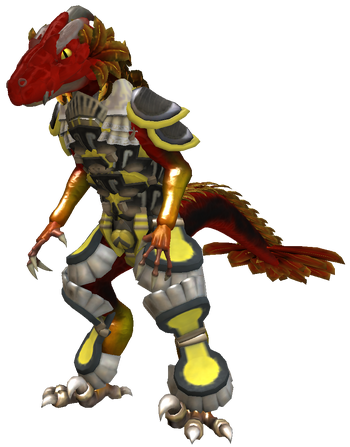 Natives to the volcanic planet of Vulcarakoa at the Outer Rim of Cyrannus, the Dentronians are a subspecies of Libertus of unknown origin, believed to have been transplanted from Capricaerón before they achieved sapience by a mysterious alien race. Distinct by their hunched stance, vivid red scales and many feathers, the Dentronians are often considered the "black sheep" of the First Tribe; unlike the Libertus, who are famed for their sophistication and mastery over diplomacy, the Dentronians are willing to cause great devastation to achieve their goals, considering their "brothers" to be "as weak-minded as they are weak-bodied". Members of the Old Confederacy, most Dentronians rejected the Libertus-dominated Empire and turned their eyes to the Great Star Dominion instead, finding it better suited to their interests. 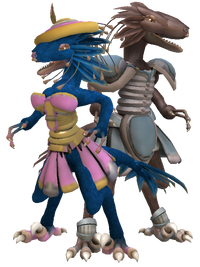 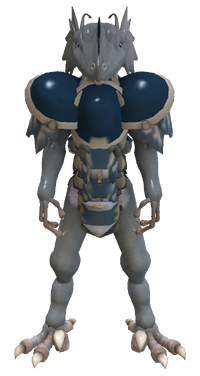 The Heleanorians are a subspecies of Libertus natives of Heleanorbis, at the Zoleia Sector of the Borealis Galaxy. The only Capricyránae species native of that galaxy, they descend from colonists from the First Republic who became stuck in the galaxy thousand of years in the past. The Heleanorians are easily distinguished from the Libertus by their blue and white scales, their comparatively slimmer frames and for their feathers having turned into rigid, crystalline plates in their cranial area. Heleanorians are a quiet and collected race with an affinity for somber arts, though that does not make them any less welcoming than the Libertus. 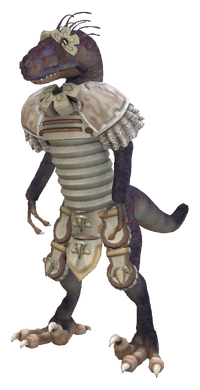 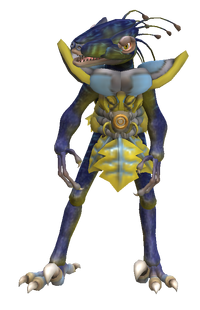 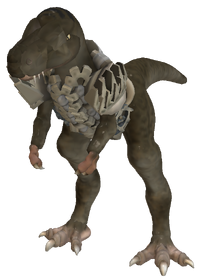 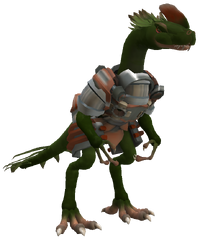 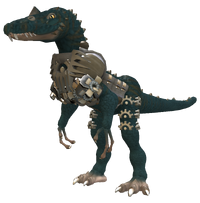 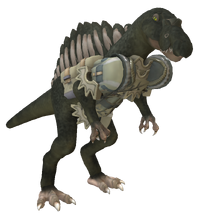 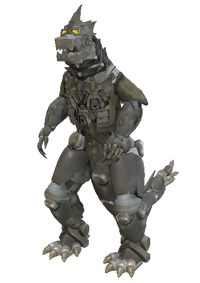 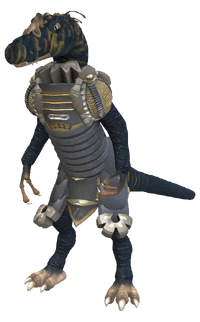 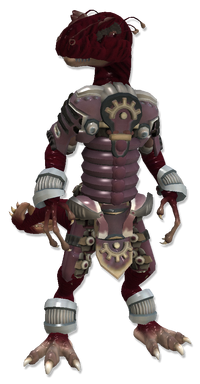 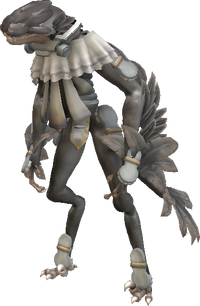 A race of uncertain origins, but believed because of their genetic links to be descendants of ancient Vasubandians transported to other worlds by extraterrestrial visitors, the Aquilanii are the only known Basileus subspecies so far. Though quite different from their ancestors, both physically and mentally, the Aquilanii still share most of their stereotypical traits: speciecism, sophisticated culture, and imperialism. However, the way they approach their conquests is different. Whereas the Basileus are a militant, warlike race, famed for their conquests, the Aquilanii, somewhat cowardly by nature, are known instead as peerless merchants and starfarers. Their Yávessë Star Republic - a protectorate of the Basileus Imperium - was, at its prime, one of the chief trading powers in the Outer Rim, holding countless systems in a stranglehold under their economic monopoly. Though their influence waned significantly during the Dark Times and the New Cyrandia Wars, the Aquilanii remain prominent, both as legal Imperial traders and pirates and smugglers working for Cyrannus's many criminal organisations.

Biologically, the Aquilanii retain most of the features of their parent species. However, due to the relatively small size of their mountainous homeland, Yávessë, they possess the traits of a low gravity-adapted species: they are thinner, taller, with lithe bodies and hollow bones. Because of this, the Aquilanii are in general not as strong as other Capricyránae, which might have affected their diplomatic mentality and culture. The most striking part of their appearance, however, is their silver feathers and wing-arms: the Aquilanii are among the only Capricyránae races capable of flying. Though they actually have a hard time maintaining flight in normal gravity environments, they are neverthless immensely proud of this fact, and prefer flying over walking unless travelling on foot is absolutely necessary. 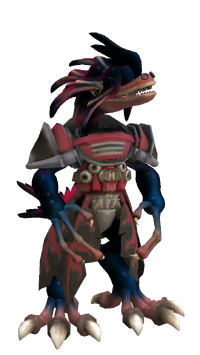 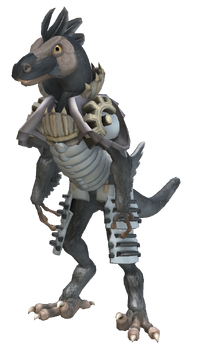 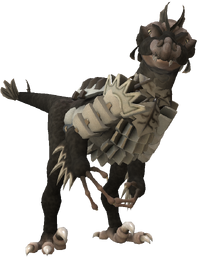 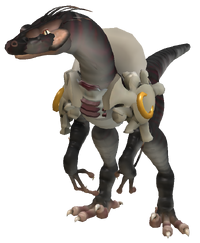 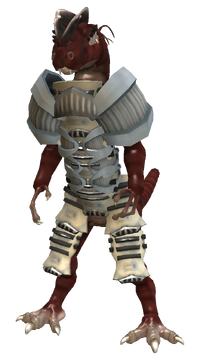 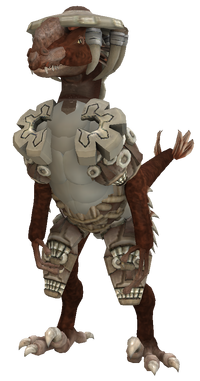 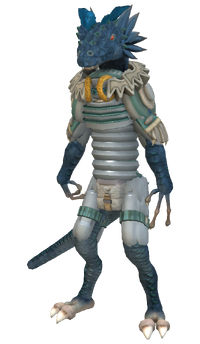 Very little is known about the enigmatic Annu-Nachu other than their obvious connection to the Twelve Tribes. Supposedly coming from the same sector as the dreaded Cogsangui, the Annu-Nachu shared similar strong religious convictions - albeit to the One God rather than the Oikoumene - with their neighbours, but not their physical strength or militant culture, which resulted in them being subjugated by the First Cognatus Empire. However, the Annu-Nachu, too stubborn to forsake their ancient religion, never truly assimilated into Cognatus culture and forever remained in the position of a persecuted minority - that is, until the Intergalactic War stirred the Cogsangui hatred of unbelievers to the point that they started to be slaughtered en masse. The survivors were forced to migrate corewards together with the invading Cognati, where they eventually ended up as citizen of the New Cyrannian Republic and the Galactic Empire of Cyrannus, though in both civilisations they tend to keep to themselves.

Culturally, the Annu-Nachu can be described as conservative, reserved and even somewhat xenophobic; physically, the Annu-Nachu are fairly similar to other Capricyránae. However, they also possess a unique ability unheard among other Cyrannian Tribes: they are able to shapeshift, taking form of another creature of similar mass for a short period of time. The Cogsangui were particularily infuriated and terrified by this ability, causing many a pogrom in Annu-Nachu ghettoes during the days of the First Cognatus Empire. While the genetic connections between the Annu-Nachu and the Twelve Tribes are self-evident, Cyrannian scientists have not yet determined to which tribe they belong. There is a theory that, with their transformation abilities, overall piscine appearance, and their ancient legends of shapeshifting spirits from the sky bringing them to their homeworld apparently as a punishment for their "sins", the Annu-Nachu might have eveolved from degenerated descendants of the mysterious Bisistar of the Cyranai Galaxy. However, though most evidence points to this hypothesis being true, the Annu-Nachu vehemently deny it. 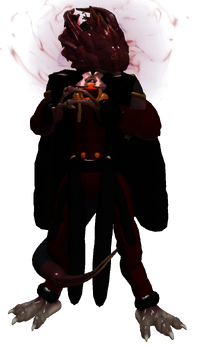 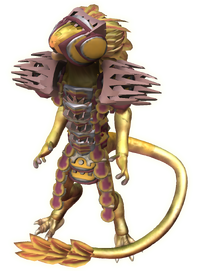 The Miluiel are a race of artificial Capricyránae created by the Oikoumene for the purpose of ensuring the safe evolution of the Twelve Tribes. While not an actual subspecies of Oikoumene, they possess the purest genetic material out of all Capricyránae, making them biologically the closest to the Thirteenth Tribe out of all races in the Cluster. Natives of the super-construct named Ambar deep in the Unknown Regions of Cyrannus, the Miluiel are well known for their radiant auras of light, impressive physical prowess and supernatural powers, which allow them to do feats such as levitating and launching blasts of power to use offensively against opponents.