1/2 trillion at time of reformation.

Absorbed
The Capricorn Sector Alliance was a federalist republic comprising of the majority of systems in the Core Worlds of the Cyrannus Galaxy. At it's height it was the largest nation in the Federation of United Worlds.

During its history, the Sector Alliance controlled many colonies across different parts of Cyrannus, the Milky Way and the Tigris Galaxy. It was a superpower in the galaxy with over one thousand planets when it was absorbed into the United Republic of Cyrannus.

The nation was also a member of the Seven Starr Alliance, and with it the Rambo Nation, Delpha Coalition of Planets, The House of the Krassio, the Radeon and the Sylit Republic became allies.

The Capricorn Alliance was established as the formalization of the alliance between the Twelve Colonies and the empires of the Draken, the Oiseau and the Algonquin. The early days of the Alliance were peaceful, but soon became mired in war.

The first major conflict in the history of the CSA was the Mortalitas War. The war began when Mortalitas warships attacked the CSA colony of Fiins in retaliation for the CSA aiding their enemies. Former Chief of State Gua-Long quickly declared war. The conflict was long and bloody and after years of bloodshed the CSA invaded the supposed Mortalitas homeworld. Sector wide celebrations followed. However, years later it became known that this was but a small offshoot of the main Mortalitas Empire, one that would return in the years to come.

Using advanced stealth technology, the Trucinex Basestars began jumping into the orbit of the capitals of the Capricorn Sector Alliance, the Twelve Colonies. Alliance defences were ultimately incapable of protecting themselves or their colonies against the overwhelming Trucinex Fleet. Within an hour, the Alliance began to evacuate civilians, including the majority of the Colonial Government, including President Wilsa, the newly elected president after her predassor was murdered by Mortalitas attackers. This proved extremely lucky, as the Colonies, including Capricaerón began being nuked by Trucinex Basestars. A 120 Megaton nuclear weapon detonated over Libertopolos, but luckily, the city shields prevented total damage.

However, just before the cataclysmic explosion that claimed so many innocent life's, a new captain in the Capricorn Sector Navy, Apollo quickly rushed to the nearest starfighter, grabbing two citizens with him, in order to ensure their survival. Apollo lifted off and evaded the attacking basestars, just as Libertopolos was out shined by a huge ball of fire and light. Luckily, Apollo escaped on his fighter and made his way to the colony of Canceron, to regroup.

Admiral Cretacea escorted President Wilsa from the besieged Capricaerón to the colony of Canceron, which was under a less severe attack. There, she organized resistance against the unknown attackers, whom she came to learn are known as the Trucinex. When the Imperium invaded Canceron, the allies fought back with zeal, striking down the Trucinex and eventually leading the charge to liberate the Twelve Colonies, ultimately being successful, though at heavy casualities. During the remainder of the month, the war began to take shape, though the CSA keep busy teraforming their radiated homeworlds. Tragically, over 29 billion inhabitants died in the first hours of the attack.

The Trucinex continued to attack the borders of the CSA during the opening weeks of the second month of the war, while President Wilsa began worrying that the war may be already over, with a Trucinex victory. She personally began scouring the transmission waves in the hope of locating an empire powerful enough to help the CSA against the Trucinex. After days, upon days she was notified of a First Contact between a CSA captain and a Captain of an unknown civilization known as Rambo Nation, their captain, Rambas II opened relations with the CSA, before returning into the Quadrantia-Cyrannus Wormhole.

Over the course of the next few weeks, President Wilsa also met with Empress Ramashe, the leader of Rambo Nation and formed an alliance that would one day dominate Gigaquadrantic politics. She also made contact with the Delpha Coalition of Planets, a huge interdimensional empire from the Milky Way. Together the three allies formed the Great Three, and began to wage war on the Trucinex as equals and allies.

After months of war, finally, the allies were successful in defeating the Trucinex and restoring peace to the CSA.

During the Great Battle of the Dissia System, the Capricorn Sector Alliance helped the Rambo Fleet defeat the Imperial Alliance, however due to the Trucinex War, the CSA could not spare much ships to help the Rambo after the fall of the Noble Alliance. However when the Trucinex War ended CSA President Inviere pledged several battlefleets made up of hundreds of ships to help their allies as they have helped the CSA in the past. The war proved more costly then even the Trucinex War when the Imperials invaded Cyrannus itself, even attacking Capricaerón, the capital. However, luckily they were ultimately defeated.

In its final months, the CSA and the Rambo began discovering ancient ruins dedicated to the Oikoumene. However, before they could react they came under attack by an unknown enemy, which was later found to be known as the Cognatus. The early weeks of the war were quiet, but this all changed when the Cognatus attacked the CSA colony of Eire in the Outer Rim of Cyrannus. When the CSA officials spoted the Cognatus fleet, they were shocked to learn that it was in fact made of an unknown material. A few hours later, complete contact was lost with the planet and a CSA strikeforce was sent to retake Eire, however they found that the entire planet had been layed to waste and glassed, with no survivors. However, after many weeks of conflict and aid from Admiral Cretacea, the Cognatus were forced to regroup. The Eire campaign, as it became known, become one of the most important victories of the war, despite occuring in its early stages. In the aftermath of this CSA victory, the Doriaca Kingdom joined with the allies against the new threat of the Cognatus.

During the early months of 10 BTC, the Capricorn Sector Alliance, like the rest of the Federation of United Worlds was reformed into the United Republic of Cyrannus. 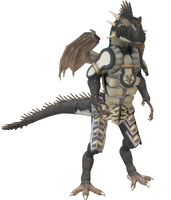 The Capricorn Sector Alliance was rather small by modern Gigaquadrantic standards, with most of its one thousand colonies being located around the Twelve Colonies in the Calithilaen System. Nevertheless, despite it's population of one to two trillion, much of the culture of the Twelve Colonies could be seen as far as the capital of the Federation of United Worlds, Orbispira.

The capital of the Alliance was the planet Capricaerón, which stood against attacks during the Trucinex War and even the Intergalactic War. Even today, Capricaerón remains an important member of the Galactic Empire of Cyrannus.

The most recognisable vessel in the Sector Alliance Navy, the Capricorn-class served the Alliance well in the many conflicts it found itself in, such as the Mortalitas and Trucinex War, followed by the Intergalactic War. Though it was a successful design, it was eventually phased out in favour of the more advanced Venator-class Star Destroyer, which continues to serve the Imperial Navy to this day.

“May our alliance prosper!”

“I came close to crushing the whelps, so many times.”

“This sort of alliance is what we hope to achieve, and bring peace to our warring sector.”

“You should have died to the Cognatus when you were still young...”