The Brood of War have a variety of weapons, improved from their days as the Zazane Empire. They actually utilize the capabilities of Shidium as an energy. The weapons are mostly used by the Holy Scion, but every civilian is armed with a standard issue dagger attached to their wrists and fists. There are many weapons within the Scion, and some are only exclusive to some Scion members. 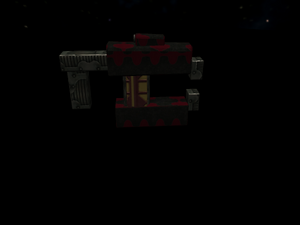 The Zorri Pistol is a hand-held single-handed firearm used by most Zazane ranks as a sidearm. The Zorri Pistol fires spheres of energized Shidium, which can burn through enemy armour and easily destroy the enemy's skin. The weapon can be used in two ways, one way of using it is to fire repeatedly, which conserves more power, and the other way of using it is to launch a charged shot, which is more powerful but takes up time and energy. A charged shot causes a small explosion that can injure those nearby, and kill most people it hits with ease. It is better used as a secondary weapon, as it has a disappointing range of 10-25 metres. In Zazane, Zorri means "Charge". 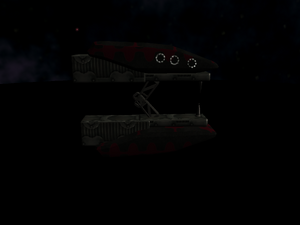 The Zautul Rifle is a hand-held single-handed firearm used by some Zazane as a primary weapon. The Zautul Rifle fires like a rapid-fire weapon, but has no charge feature like the Zorri Pistol, which it makes a good combination with. It fires energized Shidium at a rapid rate, which can prove quite deadly. The Zautul Rifle may look fragile, but it can easily obliterate a human's skull, amongst other things. The weapon can hit a target over 50 metres away, a lot more range than a Zorri Pistol. The Zautul's hard and solid body makes it quite resistant to a number of things, such as shots from another Zautul. They are easier to carry than the previous Zautul design, and can be dual-held, like the Zorri Pistol. In Zazane, Zautul means "Piercer". 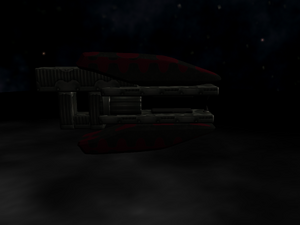 The Sikorae Rifle is a relatively new weapon, not yet used in battle. It is still in its developement stages, and is meant to be an improved version of the Zautul, however currently only the damage it does it more effective than the Zautul. The Sikorae Rifle has not currently been used in battle, due to its incompletion, however tests are currently being ran to test its effectiveness, and its physical body is still not complete. Also, it requires some time to prepare itself before firing, from 2-6 seconds. The Sikorae is expected to be complete soon. In Zazane, the word Sikorae means "Repeating".

The Taronui Rifle is a new weapon that uses a mix of Shidium energy and tractor beams. The Taronui uses solid ammunition in the form of two spheres. The first sphere it fires can either attach itself to a creature or building, and the second sphere can do the same thing. The first sphere will release tractor beams that reach a metre in every direction, and the second sphere will release a powerfully enhanced tractor beam at the first sphere, which will bring the first sphere and the creature or parts of the building its attached to towards it. It is a very destructive and effective weapon if used correctly. It has a range of fifty feet, and must reload after every two shots. In Zazanish, Taronui means "Magnet". 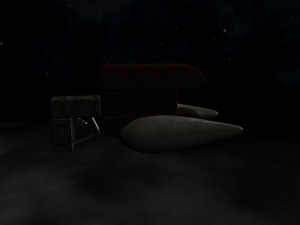 The Ralsedac Carbine is a hand-held single-handed firearm mostly used by Zazane as a primary weapon. The Ralsedac Carbine is different to most other Zazane weapons. Instead of firing energized Shidium, it instead fires solid Shidium bullets that are empowered with Shidium energy as it fires. The Ralsedac is often seen with two blades at its sides, which are made of solid Shidium. These blades are incredibly sharp and can be used as effective weapons when the Ralsedac is out of ammo. These blades, in acts of desperation, can be ripped right off the Ralsedac and be used as dagger-like melee weapons. The Ralsedac has a range of 4 metres. In Zazane, the word Ralsedac means "Brute".