“We learn, we study, we observe. Knowledge if our ultimate goal and there is nothing greater than learning.”

The Askelian Collective is the empire of the Canebant and their bioengineered and uplifted species,a s well as a vast number of artificial intelligences. They are native to the Odysseia Region of the Cyrannus Galaxy.

While the Collective is officially ruled by the Imperatrix, she has entrusted most of her power to the Advisor and the Representatives, a group of twenty-five members of each species with a Senator leading them. There are 3 species in the Collective, so, counting the Senators there are seventy-eight Representatives.

Much of the Collective's history is unknown, only that it was formed 3456 years ago by Imperator Ema'lk'sa as the Canebant Empire, consisting of the Canebant, a race of tall saurians with wings and considerable intellect. The Empire remained secretive, uplifting and allying creatures before absorbing them completely. The first creature to be absorbed were their first allies, the Acithes, a race of peaceful diplomats. Upon the absorbing of the Acithes, the Collective was officially formed. Around this time, a scientist whose name remains unknown was developing artificial intelligences, but for reasons unknown he went crazy and destroyed his body, uploading his mind into the first artificial intelligence he created, creating the computer-spaceship known as Piuvot, a corruption of Pivuwot, one of the equivalents of the word "Master" in the Canebant's language, merging himself with the computer network of artificial intelligences and devoted the rest of his life to building AIs and managing the robotics of the entire Collective, essentially making him a second ruler.

While the lifeforms of the Collective lived life as normal, Piuvot stayed in his underground lair on Askelous and started creating robots and technology. One of the first things he experimented with was a security drone he called Sentinel. Sentinel was, and still is the only member of a race of robotic security drones that were deemed a failure by Piuvot. However, Sentinel actually worked and now he (Sentinel is referred to as a he) guards the Imperial Palace on Askelous. Meanwhile, Piuvot created the Security Turrets, an improved version of the original design, and the Chonio'Tadac, robotic assassins descending from a large predatory species on a nearby planet.

During the Secrets of the Collective, the Collective made contact with the Galactic Empire of Cyrannus and established diplomatic relations. A few weeks later, an Enklima force agent infilitrated the Collective, only to be killed, starting the Gift Wrapped event.

Days later, Éaltar Gauisa, under Aybyissa Aie-Err's orders, killed the Imperatrix. Since Erzenii left no heirs, this lead to a discussion among the Senators resulting in Anaxarchus rising to the throne.

While the Collective is, mostly, a scientist empire, it still has a religion, seemingly inspired by the Oikoumene. Most followers are those living in relatively backwater worlds.

The religion of the Collective has no official name, but is often colloquially called Theatrism by practitioners.

The list of known deities in Theatrism are shown below. Strangely, all Theatrism deities bear humanoid appearances. The reason for this is unknown.

The Canebant are the founders of the Collective and are the main species. A race of tall saurians with extreme intelligence, they make brilliant scientists. Their homeworld is the watery planet Askelous.
Add a photo to this gallery

The Acithes were the first allies of the Canebant, and peaceful diplomats (Normally.). They joined the Collective after a disease crippled the populace. Their homeworld is the temperate planet Mnean.
Add a photo to this gallery 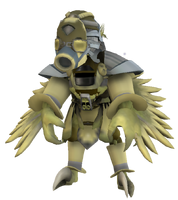 The Trimnii are avian creatures that evolved independently of Canebant influence on Mnean's moon Areanos, a cold, icy planet. They wear full-body suits and gas masks, for an unknown (cultural?) reason. When they were discovered by the Acithes, they quickly joined their empire, and consequently joined the Collective when the Acithes were half wiped out by a disease.
Add a photo to this gallery

The Collective has high living standards, and they are self-sufficient. While they do trade, they have little use for money.

One strange tradition in the Collective is the habit of giving children ridiculously long names that mean nothing in modern Canebantian. Because of this, most citizens go by a shortened form of their name.

The Collective does not regulate weapon rights and most, if not all, citizens carry some form of weaponry. However, punishment for crime is strangely harsh; death on sight. This is probably due to the fact that the Collective has little interest for anything other than the advancement of existing Collective knowledge.

The governing body consists of the Imperatrix and the Representatives, who consist of twenty-five representatives from each species and three Senators leading them.

Strangely, when an individual joins the Collective military, he or she is assigned a name that is usually some sort of molecule. The individual will be referred as both his or her own name and the name given by the military. The military name is discarded upon death or resignation.

The Collective has extensive surveillance systems manned by Piuvot and his AIs, which detect criminal activity and destroys it. It also helps with security.

This surveillance system is able to look into and study all aspects of daily life in the Collective, ensuring that no criminal activity or anti-Collective sentiment remains.

The Collective is an expert in bioengineering and robotics, beaing able to create entire species from scratch, like the Acithes, or creating a hivemind of AIs, like Piuvot did.

"Gift" is a very powerful drug that is often used as a poison among Collective people. Invented by Canebantian scientists and further refined by Okhasminus, this poison is now used readily in assassinations and warfare. In very small amounts up to 0.025mg, Gift has an effect similar to many opioids, like morphine, and is an excellent painkiller. In larger amounts, up to 0.05mg, it can be used as a general anesthetic. However, in larger amounts, it is a deadly poison that, in pill-sized quantities, will cause the victim to lapse into a coma and die soon afterwards. In the amount used to coat bladed weaponry, it is concentrated enough to kill instantly.

Meri-class Star Destroyer
Add a photo to this gallery 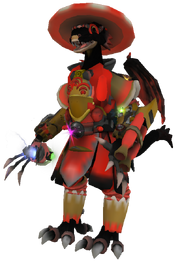 “Whatever. Life, death, order, chaos, whatever. I don't care. I'm just a bystander. Well, most of the time. My race has been a bystander for the last three millenia.”

Okhasminus is a Canebant captain in the military and a former bounty hunter. Born on Askelous, he was physically weaker than most Canebant, leading to him being bullied and teased. However, his intelligence was proven when he was 7, earning the respect of his classmates, but he could not forgive them and so slipped away from society, becoming a bounty hunter.

Eventually, he was found be Meconi, his childhood friend and rejoined the Collective, becoming a captain and gaining the moniker Paradichlorobenzene. 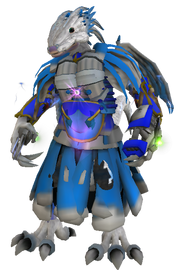 “Let us celebrate. What, I do not know.”

Meconi'amnin'harilo'anaz Anumi, known as Meconi, military nickname Toluene is a captain of the Askelian Collective, born on Askelous. When she was young, she met and became close friends with Okhasminus, being the only one capable of tolerating Okhasminus's growing sociopathic and psychopathic behavior and increasingly polarised personality. The two were friends for about thirteen years before Okhasminus disappeared to become a bounty hunter.

When she was sixteen, Meconi joined the Collective's military, gaining the moniker Toluene. Most of her assignments were simple ones like border patrol, so her record is not that notable. However, in 01 NE, she was tasked with finding Okhasminus and inviting him to return to the Collective, something Meconi readily accepted. The task was sucessful, with Okhasminus becoming a military captain. She retired her ship, becoming a crewmember on Okhasminus's ship.

“We hope to see a prosperous relationship between us.”

“Do nothing to offend us further.”

“You will be destroyed.”

“Ooh. Tricky little spoilsports aren't you? Well, I'm afraid that I can't just let you get away with the execution of a bright young criminal mastermind. You will have to pay for this. ”

“I have heard much about them. I am somewhat impressed.”

“Ugh. Another ally of the Empire. They keep popping up like weeds.”

Retrieved from "https://spore.fandom.com/wiki/Fiction:Askelian_Collective?oldid=807301"
Community content is available under CC-BY-SA unless otherwise noted.