A monarch rules until their dying day upon which their first son or eldest daughter (if they have no sons) will rule. Corrupt rulers will always be overthrown by the people and replaced with a better leader.

Purple and Pink / Red and Orange

The Arphidia Core is a small monarchy from Segmentum Exterioris in the Andromeda Galaxy.

In the Amphidite year 1005, (2010 human years) scientists had "perfected" space travel and sent an exploration vessel off of their planet. Their first target to explore was Gemma Mundus' moon (later named Friga Ventus). They discovered no life or items of significance aside from a small iron structure in the caverns of the moon. Upon examination, they discovered vast pools of melted substances kept warm by turbines collecting energy from the cold wind outside. As they explored the structure further they found it connected to many other buried structure across the moon. By the year 1027 Amphidite scientists and scholars had archived the entire structure and reverse-engineered every one of the mechanisms on the moon. What fascinate them most however, was the two elements they had discovered (iron and platinum) in the melted pools.\

In the Amphidite year 980, the Magnicacks set out for the stars. With ships powered by the intense heat given off by the melted platinum and iron of their world, they could fly to any planet or moon in their solar system (Aside from Gemma Mundus). Unable to come up with a new fuel for their ships, Magnicack scientists set its moon as a more realistic goal. By the year 1001 they had built thousands of research bases on the moon. About two later they abandoned their bases and went back to the warmth of their homeworld to look back on their findings.

The homeworld of the Amphidites; Gemma Mundus is a mainly oceanic planet. It is the closest planet to the system's sun. Towering crystallized structures rise out of the water and the occasional rocky island may form. Due to the way light is distorted by the atmosphere, most fluids on the planet appear to have a purple and pink tint while all of the crystals do even without the lighting effects. Although Amphidites are not at the top of their world's food chain, they are the only creatures to have successfully evolved into amphibians to explore the bounty of land or gained enough sentience to leave their world.

A natural predator of Amphidites 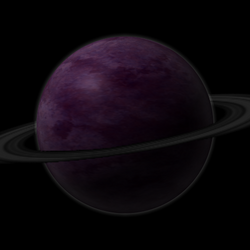 Gemma Mundus (The Amphidite Homeworld)
Add a photo to this gallery

The moon of Gemma Mundus; Friga Ventus is a frigid and inhospitable world. It orbits Gemma Mundus very closely and affects most of the oceanic weather on the Amphidite homeworld. Having been first colonized by the Magnicacks, this moon was soon abandoned and overtaken by the Amphidites. 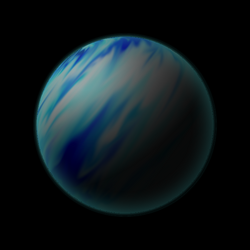 The homeworld of the Magnicacks; Petra Ignis is a molten planet consisted mainly of iron, platinum and other metals. Despite its colossal size, it remains in extremely close orbit to Arphidia's sun. Having evolved mostly in the large iron pools of the world, Magnicacks are subtly able to magnetically attract iron while in it's liquid or solid form. Most buildings on the planet are held high above the lava by mechanically cooled iron pillars. If any creature non-native to the planet were to fall into the molten liquid below, they would most likely die. 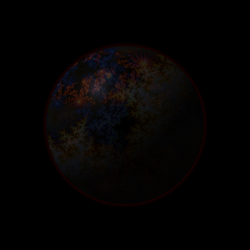 A Magnicack on Petra Ignis
Add a photo to this gallery

Tashiori is the current Amphidite emperor of the Arphidia Core. He rules along side Nixzachi but unlike his co-ruler he advocates for peace through isolation. He has a family of his wife and 7 children as is customary for a high class Amphidite.

“The finest leader the Magnicacks have ever known...”

Nixzachi is the current Magnicack emperor of the Arphidia Core. He rules along side Tashiori but unlike his co-ruler he advocates for peace through expansionism. He has no known family like all others of his race.

“May your greatness last forever.”

“Arphidia will always welcome you.”

“Perhaps we can be allied.”

“If you would reform, maybe we would be more hospitable.”

“You are filth. If it was in our power we'd have you destroyed.”

Retrieved from "https://spore.fandom.com/wiki/Fiction:Arphidia_Core?oldid=508385"
Community content is available under CC-BY-SA unless otherwise noted.