"We'll take whatever steps we need to defend ourselves."

“The only thing we're concerned with is the security of our homeland. Quite honestly, we probably couldn't give two shits about what's going on outside Argexantea. Unless it ends up on our lawn. In which case, we'll swiftly put whoever's responsible in a plastic bag and throw them in the trash where they belong.”

The Argexantine Warrior Alliance (commonly abbreviated as AWA and often referred to as Argexantea) is an oligarchic federation native to the Bunsen Galaxy, inhabiting the galaxy's Sola and Deteron Sectors. The Alliance is noted for its policy of defensive militarism, with much of its planned economy focused towards defense and research, accompanied by a strict and stoic national culture. The diverse military and technological resources that the Alliance has at its disposal has consistently given the Alliance considerable influence in the galaxy since the dawning of the New Powers Era.

Founded in 324 SY (2307 AD in the Terran calendar) by the Bibiulor and Volonaw Empires as a common-defense alliance in the Argexantea Cluster of the Sola Sector, the Alliance quickly expanded as militant nations in Sola collaborated with the Alliance's members and eventually became members themselves. There were many concerns about ensuring the unity of so many militarized nations, but such concerns disappeared as many common enemies emerged against the young Alliance to unite its diverse states into a more united, centralized culture. However, these early struggles also stoked xenophobia in the Alliance and led to cordial, but tense relations with the rest of the Galaxy early in the New Powers Era. In particular, anti-Spodism became widespread in the Alliance in the mid-first century SY, leading to an especially hostile relationship with the Grand Spodist Church that culminated in the War of Spodification in the 1000s SY.

The Alliance's crushing defeat in the War of Spodification, and subsequent subordination to the influences of liberal powers such as the Grand Spodist Church and the Tybusen Intergalactic Allied Federation, resulted in a total upheaval in the culture of the Alliance, slowly transforming the Alliance into a more tolerant, friendly society. A nationalist resurgence in the 1500s SY led to the Janeau Revolution, which purged the extensive influence of external powers, and also led to another war with the Church in the form of the Core Conflict. The post-Janeau Alliance aimed for a balance between the autonomy and discipline of the pre-War of Spodification era and the openness of the post-War of Spodification era, resulting in the modern form of the Alliance which eventually became a founding member of the Allied Bunsen Galaxy in 1782 SY. However, despite their efforts to atone for their history, whispers of the Alliance's past intolerance continue to haunt them today.

The AWA is a federal oligarchic republic, where a small group of representatives of the people hold ultimate executive and legislative power at each level of government in the Alliance. The highest governing body in the Alliance is the National Consulate, which is seated by representatives known as Consuls. The National Consulate is headed by the Head Consul, who is chosen by the vote of their fellow Consuls. The Head Consul holds no special legal powers over other Consuls and primarily serves as a singular representative of the will of the Consulate.

Consuls are chosen to represent Sub-Consulates (usually shortened to SCs) within the Alliance, whose borders are drawn based on population density and resource appropriation. Sub-Consulate lines tend to cut across the traditional borders of the constituent species of the Alliance, as most original species states of the Alliance have dissolved into the Alliance federal government. Each Sub-Consulate has its own local government, and is permitted to set their own regulations for choosing Consuls as long as they fall within federal guidelines - both democratic election and executive appointment are allowed. Consuls do not have executive or legislative authority within their respective Sub-Consulate governments as they are meant to be representatives of the Sub-Consulate, not governors or legislators (though their role in the National Consulate means they have indirect governing power over their Sub-Consulate).

Though the Head Consul is not given the authority of commander-in-chief, the National Consulate does exercise civilian control of the military through its ability to decommission or otherwise eject military officers, as well as its role in approving the appointment of senior officers by the Warrior Battleguard's commander-in-chief. The system can be abused by Consuls to eject future political rivals or firebrands, though the watchful eye of both senior military staff and the public tends to discourage all but the most cunning of machinations.

The AWA is primarily comprised of species from the Sola and Deteron Sectors, mainly species who joined with or were annexed by the Alliance. Sovereign species states who join the Alliance are required to undergo a transitionary period, during which the species' sovereign government is phased out to allow the Alliance central government to establish authority. Newer species are afforded significant autonomy to conduct their own affairs while the transition is occurring, so long as the actions of the species state do not interfere with the timetables for integration into the Alliance. In addition, larger species states may retain some autonomy even after integration if they are deemed large enough to warrant a Dominion of their own.

Originally, AWA policy dictated that species that lacked the military tradition or military infrastructure to make significant contributions to the Alliance's common-defense system should not be considered as candidates for Alliance membership. While that policy is now antiquated, and all species are welcomed to join the Alliance, there is still a systematic preference towards incorporating species with strong militaries and compatible ideologies. 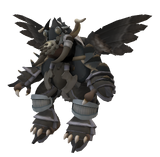 Volonaw
Rash and honor-driven, the Volonaw fit the archetypal warrior mold moreso than the Bibiulor, with whom they founded the Alliance. 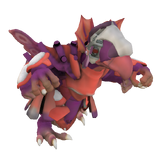 Minor
The Minor are considered the original master builders of the Battleguard, having a proud engineering tradition that makes them a formidable battlefield presence despite their diminutive physical stature. 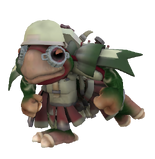 Altos
Calm in peace and jovial in battle, the Altos are an experienced warrior race and typically have strong tactical and strategic minds. Their planning skills are valued both in the military and in civilian applications. 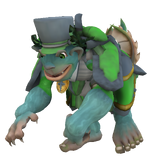 Halcandr
Boisterous and energetic, Halcandr approach many things in life with almost childlike enthusiasm and glee. The Halcandr are also a rare Essence-sensitive species, though few can actually wield it.

The AWA military is 16 trillion strong, making it one of the larger militaries in the Bunsen Galaxy and quite large for a Tier 3 civilization. AWA, however, is not a very aggressive nation and uses the military mainly for defense, retaliation, and scaring rivals into not attacking. The AWA military follows a doctrine of swift maneuver-based defense, maximizing the efficiency of friendly infrastructure in order to enable maximum fleet maneuver options that will quickly force the enemy into disadvantageous positions. With the Alliance's state of the art military technology, creating a disadvantageous situation for the enemy means that a threat can be easily routed if it has not already retreated from its position. Some Bunsen military scientists describe AWA military doctrine as a "cavalry" approach to interstellar warfare (emphasizing maneuverability, positioning, and decisive strikes), especially when contrasted with the similarly-defensive GSC's "shock infantry" approach (emphasizing resilience, formation, and attrition).

Formally, the AWA military does not maintain separate organizations for its different military branches, with army and navy commands being integrated under the Warrior Battleguard, the sole entity of the AWA military. Within the Battleguard's individual divisions, however, distinctions are still made between different military unit types, which allows both integrated and segmented command if necessary. The highest level of command in the Battleguard, the High Admiralty, always runs as an integrated command, with the High Admiral making strategic decisions for both army and naval maneuvers while typically being advised by officers from both branches.

“You shall have our swords whenever you need them.”

“How may we help you today?”

“Do not test the patience of warrior spirit.”

“You have chosen to walk the path of certain death.”

What does your empire have to say about the AWA?

“They have always been reliable and loyal allies. And for that they have our utmost respect.”

Retrieved from "https://spore.fandom.com/wiki/Fiction:Argexantine_Warrior_Alliance?oldid=766802"
Community content is available under CC-BY-SA unless otherwise noted.