A promising officer within the Legatus he vanished after the Imperial and Legatus forces lost possesion over the conquered Ramboidae Realms in the Quadrant Galaxies.

Apticyus was born in 78 BQF at Rinus, his homeworld and part of the Corthrinus empire. A staunch supporter of honor, order and glory Apticyus served within the military of the Corthrinus for decades until the rise of the Galactic Empire of Cyrannus. During the Dark Times, Apticyus advanced through the ranks until he was assigned to the Legatus Finduilica to serve under the Rector provinciae. Together the two managed to conquer most of the Zone de Libre and ensured the Legatus as a loyal vassal of the Empire.

Apticyus gained a notorious and feared reputation for being relentless, not allowing those he faced in combat any mercy and is a highly feared officer though since the outbreak of the Second Great Cyrannus War rarely leaves Garkarg. In february 21 AQF, Apticyus was informed that a dissident movement stole F16 starfighters from Rottum. Furious at the failure of the human captain he informed the Rector provinciae and wondered if Lady Astrosia was up to the task to route out these dissidents. After all, Apticyus didn't feel much to answer to anyone else than the Rector after all these years of autonomy power in the Legatus Navy. 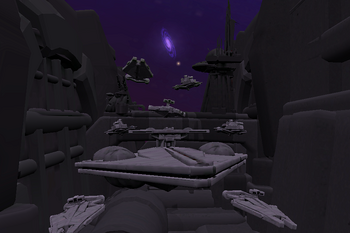 On January 8 2820 (22AQF), Apticyus was tasked by the Rector himself to secure Isle Blue after it had fallen into the hands of the Rambo Loyalist rebels. Eager to prove his worth and settle his hunger for battle he took a well formed task force of a single Interdictor-class, the ICS Tenacitatem, five Arquitens-class light cruisers and three Gozanti-class cruisers. Two days later Apticyus arrived at Isle Blue and engaged the Loyalist forces under command of Commodore Malegras and rear-admiral Jan Michiel Tasman. Showing no quarter the Imperials hammered down the Loyalist forces, easily destroying two Assault-cruisers and a Curagae-class. The Interdictor-class prevented hyperspace jumps but the well designed tactics of Malegras allowed the Eendragt and its escorts to escape. When later on Recon Squadron arrived as well, Apticyus was unable to destroy the Bismarck. None the less, his primary goal was achieve, retaking Isle Blue with only a single loss of an Arquitens-class light cruiser.

By August 2820, Apticyus led the Imperial/Legatus fleet at Starbase 25 and managed to regain Imperial dominance after a surprise attack by the Rambo Loyalist and Dutch forces. However the sudden arrival of a Civatron led Singularim Pact changed the tide in favor of the resistance. After a Singularim vessel rammed and disabled the flagship ICS Autokrator Aticyus issued a withdrawal and retreated to make a stand at Rambo Prime. During the battle he was informed the Rector had made a temporarily truce with the Kingdom of the Netherlands but he refused to withdraw from the Quadrants and remained loyal to the Empire and its ideals like most of the Legatus forces within the Quadrants. With the fall of Rambo Prime, the attacks on Ramar Shadda and Ramgotheria Apticyus deviced a new plan to trap the Loyalists and their allies. He ordered the Imperial forces to fall back to Pauvenris from Ramgotheria and Ramsoria while the troops at Ramar Shadda and Karzamahri-Nui had to remain and trench themselves.

At 20 September 2820, Apticyus was part of the Imperial/Legatus defense fleet at the Rambo Capital while commanding his Interdictor. During the battle his prized warship was rammed by the Singularim dreadnought Kroc. As the Singularim dreadnough advanced the Tenacitatem buckled as the ships hull gave way to the powerful shields of the dreadnought. As the bridge broke lose, Apticyus managed to escape into an escape pod as well, his whereabouts after the battle a mystery.

The loss of the Tenacitatem contributed to the loss of the Imperial forces at the Rambo Capital. By 2821, rumors reached the Ramboidae Realm that Apticyus smuggled himself to the Cyrannus Galaxy and went into hiding.

Apticyus is a honorable yet ruthless and agressive battle commander. Preffering to improvise in battle to surprise his enemies, Apticyus is a feared fact within the Finduila Sector and few dare to oppose him. Yet Apticyus is honorable as well, not wishing to sacrifice his men without purpose though he is beyond showing mercy to his enemies as well.

As an admiral, he wears the standard Legatus Imperial admiral uniform. A white jacket with black trousers and his rank insigna clearly visible.

Apticyus enjoys studying his opponents and enjoys fighting in battle simulations though enjoys reading literature as well. Though feared, he is loved by his subordinates as he treats everyone with respect, officers and crewman's alike. Though all know not to enrage him either.

“I will pick my teeth with your bones!”

The Png file requires the Dark Injection and the CamBen ColorPack.