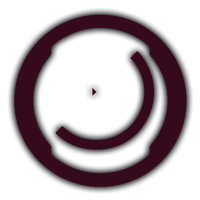 “The Dark Lord's will must be done. I will ensure that it proceeds without incident.”

Apeligateza is a powerful Oikoumene that served as one of Tyrómairon's foremost commanders during the struggles against the cunning Primercer. Apeligateza is one of the most powerful Oikoumene in existence and has benefited much from his position as one of the Dark Lord's most trusted servants. When Tyrómairon was reawakened, he soon reawakened Apeligateza, tasking him to recruiting new acolytes to their cause. However, while Apeligateza followed Tyrómairon's wishes to the letter, he believed the use of acolytes was unnecessary.

Like his master, Apeligateza is an accomplished manipulator of events, excelling as both an orator and a philosopher. Others however, categorise Apeligateza as an aristocratic, devious and prideful figure, confident in his race's superiority over lesser races, which he sees as essentially animals, deserving of neither notice nor pity. Despite this, Apeligateza is a vocal supporter of his master's Grand Plan.

Apeligateza was defeated during the Great Battle of Orbispira in 20 NE by Aoirtae Valaeris, though like all Oikoumene, his spirit and essence lingers on.

Like all Oikoumene, Apeligateza's origins are shrouded in mystery. As one of the top lieutenants of the Mornûnendur, Apeligateza's authority fell short of only Tyrómairon. Though more rash in his actions than the Dark Lord, Apeligateza proved himself time and time again as a loyal ally to him, earning his place as Tyrómairon's second-in-command. During the Apotheosis Era, Apeligateza joined his master in the campaigns against the rebellious dissidents against Oikoumene rule and ultimately against the very leader of the Oikoumene, the corrupt Primercer. Mysteriously, Apeligateza was sealed away by Tyrómairon when the Apotheosis ended, and would remain there for millions of years.

Soon after Tyrómairon returned during the Intergalactic War, he awakened Apeligateza from his stasis. Shocked of the deterioration of the universe since the Apotheosis of the Oikoumene, Apeligateza became a great supporter of Tyrómairon's so-called Master Plan to bring order and stability to the chaotic cosmos. While the Dark Lord orchestrated the Great Cyrannus War between the United Republic of Cyrannus and the Confederacy of Allied Systems, Apeligateza was tasked with awakening other Mornûnenduran Lords, such as Morumadáin and Ekrillium. Apeligateza also became involved with the manipulation of the Confederacy of Allied Systems during the last year of the war.

“I know his skill and mastery well and so it is imperative that he be found before the minions of the Primercer locate him. Do not fail me. For if you do, you fail the Dark Lord.”

When the first stage of the Grand Plan resulted in the formation of the Galactic Empire of Cyrannus, Apeligateza was responsible for searching the galaxy, covertly locating potential threats to his new Galactic Emperor and destroying them. However, despite his brilliance, he did not foresee the rise of the Primercer, Tyrómairon's ancient nemesis. The Primercer's rise was followed closely by the outbreak of the New Cyrandia Wars. This renewed conflict would see an increase in Apeligateza's interactions with the Empire and the newly formed Phaedric Order, one such example being his role in assigning Venatorius and Meketanor to Nandoband, where they successfully retrieved Thaurlathrón from stasis.

Apeligateza continued to serve as the Emperor's Dark Lieutenant throughout the Second Great Cyrannus War, where he laboured extensively in the Galactic Core in order to breath life into the ancient Mornûnenduran Fleet, which he hoped would be used to impose Oikoumene rule over all of existence. However, during the Great Battle of Orbispira, he was defeated by the combined powers of Chaneonix and Aoirtae Valaeris, banishing the ancient Oikoumene from corporeality. His master would soon follow, due to the sacrifice of Apolithanatár.

Like all Oikoumene, Apeligateza is a shape-shifter who can assume a great deal of forms. However, in his most commonly assumed appearance, the Mornûnenduran Lord appears as a large Oikoumene with an ornate crest on his head. Apeligateza is often seen wearing an ancient Oikoumene suit, believed to convey his status as an individual of great power, as well as his favour in the eyes of his master, the Dark Lord.

Like all the Mornûnendur, Apeligateza serves Tyrómairon without question though his personality differs from that of his master in several key ways. For example, while Tyrómairon sees use and potential in the manipulation of lesser races to suit the goals of the Mornûnendur, Apeligateza sees them as little more than animals, unworthy of their attention. Though he supports the Grand Plan implicitly, Apeligateza would see the Galactic Empire of Cyrannus evolve into an Oikoumene-ruled empire with complete lordship over the races of the First Gigaquadrant. Less subtle than his master, Apeligateza is nonetheless a master manipulator who inspires both mistrust and fear in those who encounter him.

“Serve the Emperor and you'll be rewarded.”

“A conniving puppet of the Emperor.”

“Serve me well, Apeligateza. You know the price of being clumsy.”

“A weak puppet of the Emperor. He also underestimates the power of his creations.”

Retrieved from "https://spore.fandom.com/wiki/Fiction:Apeligateza?oldid=861787"
Community content is available under CC-BY-SA unless otherwise noted.