“Having overseen multiple digs across the Frontier, nothing is more of a thorn in the side than the Antiquarians. We don't know where they're from - the fringes of the Galaxy, past the Schism is what they say - but they come in numbers, and telling them to bugger off is harder than the proverbial blood out of a stone. It's easier to give in to their demands, primarily because I don't like my workforce dying in droves.”

The Antiquarian Collective is an enigmatic body of machine life originating from the distant edges of the Tuuros Galaxy, usually believed to be the mysterious Imi-Xicca Sector. The Antiquarians are an ancient presence in both the Frontier and the Schism, with the sole purpose of acquiring and obtaining information and physical instances of Zhulultu technology. Although their purpose is more benevolent than not, the Collective is almost universally viewed as a menace by the Tuuros Galaxy for their altruistic mindset and disregard for the living when concerned with their directive.

The first records of the Antiquarian Collective have been found on worlds within the Interim Stars by both Nanusuloan and Asilaphean exploration parties - mostly evidence of archaic machine husks that date back to over four hundred thousand years ago. From what is known from the limited interaction with the Antiquarian Collective's Seekers, the Collective is derived from a singular entity known only as Monument; although the Seekers have described this entity cryptically, it is generally believed that Monument is a sentient megaconstruct - quite possibly an artificial intelligence having given itself its own structure of which the Antiquarians descend from. As knowledge pertaining to the Schism is significantly lacking to the wider Frontier, it is not known as to how long the Antiquarians have been present in the Schism; but it has been rumoured that the Collective exists in significantly greater numbers there.

The first instances of interaction from the Antiquarians with contemporary Tuuros dates back to the early years of the Nanusuloan Convocation in the late 91st millennium BC, during the age of the Convocation's expansion towards the galactic core. As the galactic core is known an abundance of Zhulultu megaconstructs, the Antiquarian Collective were among the first civilisations the Convocation had met. Similar instances of interaction had also occurred with the Sumikian Commerce Nexus and Asilaphean Empire. More heated engagements were met from the Vranntan Order in the mid 20th millennium BC. The Antiquarians' interest with Zhulultu technology peaked with the rise of The Congregation; a majority of what is known of the Antiquarian presence in the Schism is believed to be immense battles against the Congregation concerning the ownership of Zhulultu technology.

Following the engagements with The Congregation and the Vranntan, the Antiquarians became more militant against the Frontier, with occasional engagements against the Nanusuloans and Asilapheans within contested sectors across the Tuuros Galaxy. In the past twenty thousand years, the Antiquarians have spread to the far edges of the Frontier, with civilisations such as the Nijusi Syndicate subject to their meticulous searching. As a result, nearly all of the Tuuros Galaxy deem the Antiquarian Collective as a nuisance at the very least, and potentially very dangerous at the most.

The reasons behind collecting Zhulultu technology is unknown to all of the Tuuros Galaxy, with only vague suggestions from the leading minds of the Tuuros Galaxy. Most individuals who offer suggestions on the purpose of the Antiquarian Collective disagree with one another, as past their purpose of collecting Zhulultu technology, not much else is known about them. The determination of which the Antiquarians search Zhulultu technology with is often very dangerous to hinder; although their intentions are not malevolent, Antiquarians are very absolute regarding their directive and do not hesitate to annihilate any potential threat. 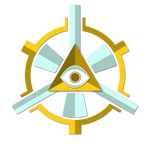 Drones are regarded as the manual workforce of the Antiquarian Collective. Although the vast edifices the Antiquarians create on worlds are often self-made, Drones are employed to carry out maintenance on both these edifices and other Antiquarians in order for them to operate properly. Drones only have a limited degree of self awareness in order to suit their menial tasks. Drones are equipped with precision lasers for mostly constructive purposes but can function as weapon if threatened.

Seekers are the vast majority of the Antiquarian Collective, and serve as the Collective's voices and minds. Seekers are personally deployed on worlds to collect as much information as possible about Zhulultu technology, and relay this information back to Monument. Seekers are capable of independent thought and in most cases are more intelligent than the average life form due to several millennia of accumulating information. Multiple sub-types of Seekers exist to better suit environments and certain tasks required to receive information from Zhulultu technology, as most of them are not particularly suited to defend themselves if threatened. Regardless, as machines, Seekers are resilient to nearly every environment imaginable.

Zealots are the military branch of the Antiquarian Collective and act often as the defenders of the Seekers. Zealots are quiet and uncompromising, and unlike their counterparts, do not regard the safety of outsiders. Zealots are quick to decide as to whether outsiders are a threat or not, and thus eliminate any threat that may hinder the numbers of Seekers or to acquire information. Zealots are highly feared by the Tuuros Galaxy's numbers, and it is common for archaeologists to bend to the Collective's demands in order to avoid a swift killing from the Zealots. As with the seekers, there are multiple sub-types of Zealots to better suit conditions in both combat and environmental situations.

Observers are a more mysterious type of Antiquarian, usually thought of as a surveillance drone. Although they are like drones, Observers are several times larger than a drone and are usually a frightening presence to anyone who bears witness to them. Despite this, Observers are generally docile towards outsiders and instead scout worlds for the information they seek. Although they serve mainly to locate sites of interest, Observers are often not to be engaged as the weapons they possess make quick work of any offending party.

'"The lack of understanding is baffling."

“Accursed machines! Another abomination of the Schism trickling out like pus from a wound!”

“You hoard what is not yours. The servants' tools belong to me. You shall belong to me as well.”

“We have no interest in the ancient ones. We have seen what their technology is capable of, and it scares us... Please, take it. We don't want it anymore.”