Segmentum Exterioris stands as once of the least understood, and least tamed regions of the Andromeda galaxy, and barring segmentum Adniliho is one of the least inhabited regions of the galaxy. Since the beginning of the 2800s, a large bright spot known as the Glow of Exterioris has dominated the furthest regions, understood by Andromedan natives to be the epicentre of the shockwave that fragmented the galaxy with hyperspatial fissures, made worse by the arrival of the Aeoneonatrix and the Grand Teyan Empire's use of hyperspatial weapons. This left approximately forty-five of the entire segmentum without hyperlanes.

Since then, Exterioris has gone from the most unexplored regions to being the most difficult to explore, as the segmentum where the Shattering originated, the fissures in the segmentum are densely positioned enough that large areas exist deemed inaccessible to most forms of FTL and hyperspace-based travel.

Exterioris came under control of the ancient Hegemony of Exterioris around 11,880,000 BCE. The Hegemony would rule the Segmentum uncontested until 20,000 years from the present, when its robotic servants rebelled. Matters were made exponentially worse when a unknown -but possible demonic- threat arrived from nearby Segmentum Adniliho, wiping out the Synthetics and nearly the Hegemony as well. Only a few of their planets, including the homeworlds of the Hegemony's three founding species, remained inhabitated, and none without scars.

Around the same time, the Gros rose up against the Kahiwag Empire, a minor power in the region. They took over the empire that had enslaved them and reformed it into the Stratocracy of Karnagtah. For unknown reasons, the Stratocracy of Karnagtah never interacted much with the rest of the Segmentum, and was mainly active in slave-raids against the various spacies of the Kraw Galaxy. When the Stratogracy fell to the Andromedan Galactic Commonwealth in 2793, that was the first even many empires in Exterioris heard of them. The destruction of the Stratocracy, however, brought forth the hyperspacial fissures that would shatter Andromeda.

In the meantime, the Hegemony of Exterioris had once again united under the charismatic Marius Yecron, and had begun to re-assert its dominance. They briefly suffered a setback in the form of major rebellion against Marius' rule, but once that and the threat of the Dominatus had been death with, the path lay open. That this did not come to be was due to an alliance of three states, the Mithadorn Republic, the Ankoran Empire and the Teyan Imperium of Andromeda. Rather than go to war, the Hegemony opted to work with the triad, given that they were all part of the Andromedan Galactic Commonwealth.

The outbreak of the Great Xonexian Schism in 2802 had little effect on the region, until Rael'nos began a conquest of its neighbours. When Rael'nos made common cause with the Civilisation, the Xonexi Allies intervened. Since both Rael'nos and its neighbours were minor powers, the Rael'nosi conquest were easily reversed. This was, however, the only part of the Schism to take place within Segmentum Exterioris. Rael'nos was temorarily partitioned, though afterwards it was left alone and could re-unify. Around this time, the Eldarisian Empire esablished colonies in Exterioris.

In 2811, the Aeoneonatrix Empire would arrive where Segmentum Exterioris, Draco and Crepusculum met, having vanished from the Katar Sector nearly two decades earlier. Due to the means of their transportation, they had already left an anomaly zone in place of their former home, and their arrival only widened the hyperspacial fissures throughout Segmentum Exterioris. Meanwhile, Rael'nos had regrouped, only for the Aeoneonatrix to pre-emptively subdue those the Rael'nosi would like to claim themselves. This did not win the Aeoneonatrix any friends, but it did allow their masters to destroy the self-proclaimed god behind the Rael'nosi, and by extension Rael'nos itself.

Following this, the region was greeted with relative peace, until yet another power rose, aiming this time to destroy all other powers in the region. This new threat took the form of the Grand Teyan Empire, whom the Muaran Resistance have responded to in a brutal guerrila war that devastated the entire Segmentum. Even the Hegemony could not escape unscathed, for the Grand Teyan Empire brought them to their knees. However, the sacrifice of Marius Yecron shielded the likes of the Aeoneonatrix from devastation, and for this he joined the League of Patrons, their gods and masters. After a bitter stalemate against the Muaran Resistance, the Grand Teyan Empire retreated to its native universe. The war left whole regions of the Segmentum unpopulated, though it also ascertained the ascedancy of the reformed Hegemony.

Making up the "north east" of the Andromeda Galaxy, Segmentum Exterioris borders on the Xhodocto-controlled segmentum Adniliho, and segmentum Umbra. The Segmentum is currently dominated by a massive area of hyperspace-denied space known as The Chasm, which encompasses almost a quarter of the region, and covers much of the former territory of the Mithadorn Republic, and several parts of the Glow of Exterioris, which denies further hyperspace routes in the segmentum. The territories of the Aeoneonatrix, encompassing around five percent of the region, and the core territories of the Hegemony, encompassing a further fifteen percent, are likewise so suffused with hyperspacial anomalies as to have hypertravel impossible. 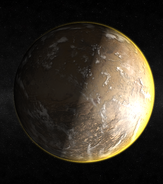 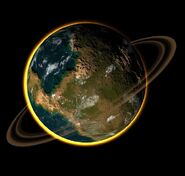 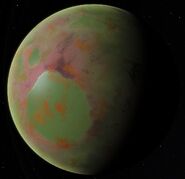 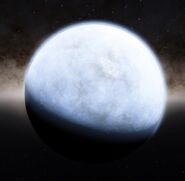 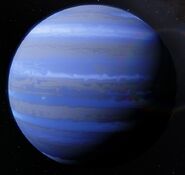 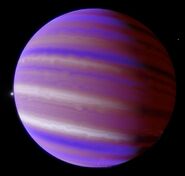 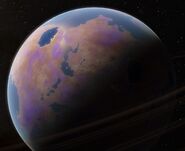 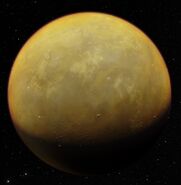 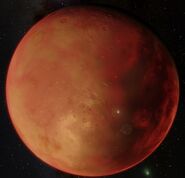 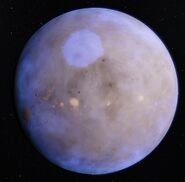 Exterioris has little in terms of an economy. Without any major hyperpowers with interests in the region, excluding the one trying annihilate everyone else, and the overabudence of pirate raiders, little trade actually occours between the local empires. Much of what little economy there is, as a result of this, typically involves weapon sales and black-market slave trading between pirate factions.

The overall culture of Exterioris can be described as lacking. Excluding the few scattered states, the only factions common across the region are pirate fleets. As a result, Exterioris is commonly viewed as pirate territory, and a simple battleground between the invading Teyan, and their enemies. Culture within the Segmentum matches this approriately, with local civilisations almost unanimosly opposed to Grand Teyan rule.

To combat the pirate fleets, cults of the Judge, one of the League of Patrons, have sprung up. However, these cultists are often percieved to be as dangerous as the pirates they oppose, for they are very willing to impose their own punishments upon anyone they believe deserves them. worship of the Cleanser is spread by the Aeoneonatrix, but as the Judge and the Cleanser are part of the same organisation, those following the Aeoneonatrix' faith do little to reign in their counterparts. Lastly, worship of Cuth has spread moderately due to the activities of the Eldarisian Empire.