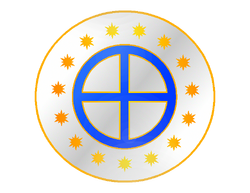 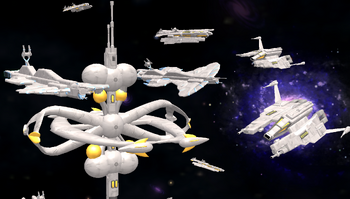 “They possess the forms of slaves, not gifted with any rare strength or advantage, but have the will of any race we have yet encountered. One would think with enough worlds ravaged, enough men killed, enough starship destroyed, that they would accept oblivion. But instead, these humans show the same character that any of the Gigaquadrant's great races show in the face of certain death. They do not bow down to the inevitability, they defy it with a rage that is greater than the storms fury. Nowhere does this characteristic manifest itself more than in their navy, the personification of everything special about a race so average.”

The Allied Terran Republic fields a vast military that ranks as one of the strongest in the Milky Way Galaxy, being instrumental in the fight against the Xhodocto during the War of Ages, the Grox Empire during the New Grox Wars and the Drakodominatus Tyranny during the Dominatus War. Though associated members retain sovereignty over their own militaries, the Republic's directly controlled military is coordinated by a Board of Admirals, an organisation similar in function to the political Council. Under the command of this board, the Republic fields devastating warships fielded from all of its unified members, cementing the Republic's place as a Plazithian, and Gigaquadrantic, superpower. Republic ships utilise the "ATS" (Allied Terran Ship) prefix.

Formed in response to the devastating War of Ages, the initial fleets of the Terran Republic were a mishmash of ships pooled together by the early member states in a desperate attempt to curb The Congregation. However, as time went on joint projects led to the evolution of the Terran navy with the development of unique ship designs eventually outnumbering the disparate vessels used earlier in the conflict. These ships, and the brave officers who commanded them, were thrust into the conflict zones, serving the Republic with honour and conviction. After the conflict ended, the Republic continued to advance and design powerful new ships augmented with technology that came with Republic membership in The Civilisation. By the time the next century dawned, the Terran Republic had proven itself in key battles during conflicts like the New Grox Wars and the Dominatus War and when the next century began, it found itself fighting to defend Republic interests in new conflicts such as the New Cyrandia Wars and the Neraida Invasion.

“It was quite an honour to fight alongside the brave officers of the Terran Republic during the Battle of Amphryssos, during which they earned much respect from the people of the Republic.” 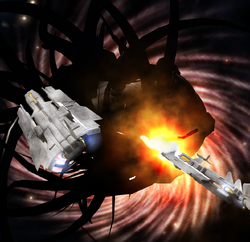 War with the Congregation