Cube Planets are a type of planet in Spore introduced to the game in the Patch 1.02. These planets were designed purely for comedic purposes and can be colonized. They can be of any planet type, and wildlife will rarely cross the cube planet's border. Cube planets do not appear in systems that were visited or colonized before patching. They are more easily found in other parts of the galaxy once the patch has been acquired, and they are sometimes colonized by a sentient species. 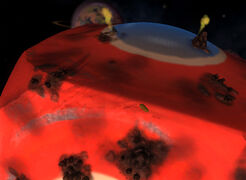 The surface of a Cube Planet 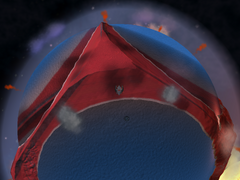 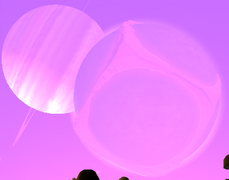 Cube planet/moon from the home planet during the day, in the Creature Stage. Note the differences between the normally-shaped planet (The gas planet in the background) and the cube planet up close. 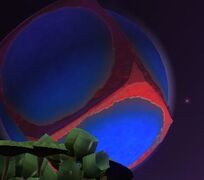 A cube planet as seen from the home planet.

A Cube Planet made in GA

A different type of Cube Planet made in GA.

A flurry cube planet with six round plateaus.

Its T3 form with an artificial tableland. No water on its surface because of an unknown glitch.

If the round-plateau cube is not glitched, it should have water as well. Notice the lakes at its angles. (The island on one of its surfaces is caused by a city.)

Another type of round-plateau cube planet.

T0 cube planet with the colony on it

Example of T0 cube planet. Planets like this can be very easy to find

"Inverted" cube planet with the sea on its edges. C.planets like this can be very easy to colonize.
Add a photo to this gallery 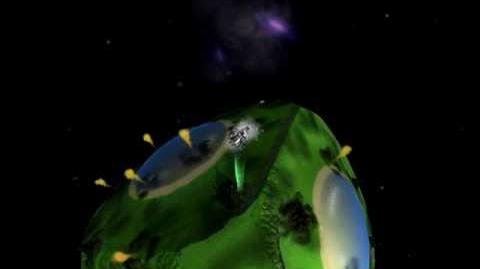 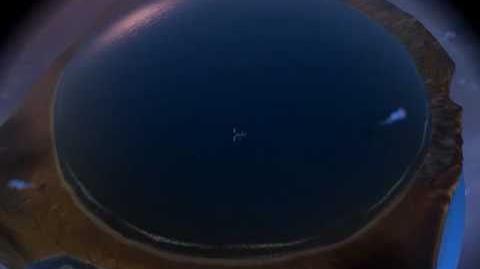 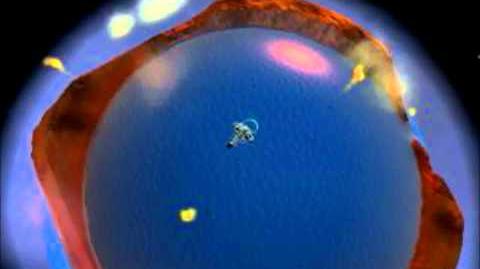 Exploring a cube world in Spore
Add a photo to this gallery
Retrieved from "https://spore.fandom.com/wiki/Cube_planet?oldid=831367"
Community content is available under CC-BY-SA unless otherwise noted.