The Wranploer are a species of fearsome and bizarre-looking creatures native of Planet Vijaha, located at the namesake sector of Vijaha at the Borealis Galaxy's Eastern Arm. One of the dominant races of the galaxy in during the Age of Conflict, rivalled only by the Zoles Imperium, they are famed for being the leader race of the powerful criminal empires known as the Wranploer Legion, the Borealis Consortium Network and its successors, the New Wranploer Legion and the Children of Synthesis.

Notable for their extreme superiority complex compared to other races, they believed themselves to be the master race of Borealis, promoting the extinction or enslavement of those who opposed them and the will of their leader. However, the defeat of their governments by the beginning of the Ice Age drastically reduced their numbers and divided them across the galaxy, and today the Wranploer are considered to be under the threat of extinction.

Nothing is known about the pre-spacefaring history of the Wranploer people, but it is known they hail from the now destroyed planet of Vijaha and their original spacefaring empire, the Empire of Vijaha, started colonizing other worlds at around 12,000 BC. This empire proceeded to dominate their homesector through military might, enslaving all races who survived their march and making allies of dangerous aliens such as the Kvargo, Zí-Jittorám and the Borealis Zazane. At around 800 a.C. the Empire of Vijaha was reformed into the Wranploer Legion by General Volim, and the events of the First Borealis Galactic War led the Wranploer to become the superpower of the Eastern Arm for the next two thousand years.

Eventually evolving into the Borealis Consortium Network by merging with the Zaarkhun Consortium, the Wranploer found themselves rivalling the Zoles in influence until the Consortium was crippled and shattered by the deaths of Volim and Falrik Zaarkhun, leading to Wranploer warlords attempting to steal each other's territories and resources. Organizations such as the New Wranploer Legion were founded and led the race to achieve a civilized society for at least a while, though the actions of Vorius as well as the campaigns of the Polar Crystal Alliance severely damaged the numbers of the Wranploer, and by the seventh year of the Ice Age, they have been reduced to only a few billion individuals. The surviving Wranploer are currently either living as a client state of the Polar Crystal Alliance or are still part of criminal organizations such as the Oltauris Consortium.

The Wranploer are well known across the Borealis Galaxy for their C-shaped skeletal structure. They are mammalian creatures with two different heads, though the creature's brain is located at the top head. The top head possessed a pair of eyes, curved horns, antennae, flappy ears and nostrils located at their foreheads, while the lower head has a jawless mouth filled with razor-sharp teeth, tusks and a second pair of antennae. Wranploer have horn-like spikes coming out of their backs which often grow to very large sizes as the creature gets older. Wranploer never stop growing up, meaning that if they can extend their lifespans, they can grow up to unnatural sizes. Wranploer lactate through their tongues, unlike most mammals which do it through breast structures. They are a species composed entirely of hermaphrodite individuals. Wranploer reproduce through organs located on their mouths, and have eggs which are layed also through their mouths. Being hermaphrodites, Wranploer have no sexual dimorphism.

Wranploer are incredibly greedy, aggressive and insensitive creatures by the standards of most races. They work on a completely different morality than the rest of the Borealis Galaxy, seeing themselves as the greatest species and seeing what they are doing as the right thing, and those who try and stop them as being the real enemy. Wranploer look down on all other races to some extent, though they all have an immense hatred for the Zoles. Despite this, they are known to be extremely parental creatures who consider their families their most important treasures. Since the end of the Second Borealis War, some Wranploer surrendered to the Zoles - these are seen as traitors and enemies of all other Wranploer.

The Wranploer are among the most physically powerful natives of the Borealis Galaxy. Their massive size and endurance makes them very hard to take down, and their arm muscles allow them to punch human-sized targets across large distances. They are seen as natural tanks, and in a related note, they are noted for not being very agile creatures. Wranploer have notable regeneration skills which, though not as powerful as the Murgur's or Varkorus', allows them to heal deep wounds in a matter of days. However, the Wranploer are notable to being very vulnerable to breaking their legs. Wranploer are forced to keep in shape, otherwise their legs might break with the creature's own weight. Breaking a Wranploer's legs is a nearly instant death on most, with very few Wranploer surviving such. A notable individual Wranploer who survived having his legs broken by his own weight is Billig Oltauris. 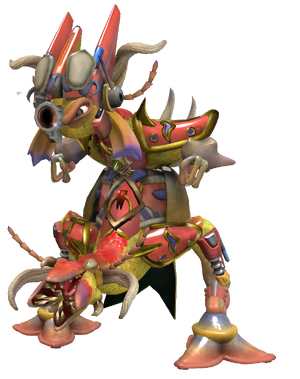 “I was made to rule! I will be emperor of Borealis!”

General Volim was the founder of the Wranploer Legion, co-leader of the Borealis Consortium Network, and the most feared figure of the entire Borealis Galaxy. An almost prehistoric individual in Wranploer terms, General Volim vowed to dominate Borealis under Wranploer rule one day, having fought against his arch-enemies, the Zoles, for almost two millenia. A criminal mastermind and an extremely powerful fighter, Volim was not to be underestimated. 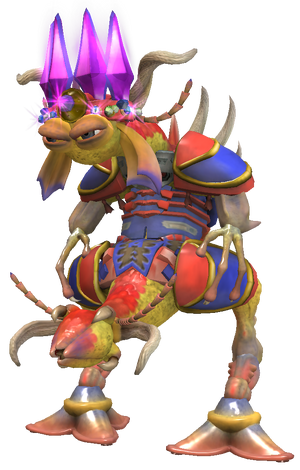 “Huh, whatever. Just as long as I get my credits.”

Zekuc was a former minor commander of the Borealis Consortium Network. A greedy and aggressive captain, Zekuc was one of the first Wranploer to come into conflict with the United Lanat Empire during the First Wranploer War. When the BCN was formed, Zekuc was promoted to the rank of commander, and led legions of mercenaries across the galaxy while getting richer.

Following the Consortium's dissolution, Zekuc notably organized the ambush of Macronormus. With the intention of avenging General Volim, Zekuc sent invitations for the heroes of the Borealis War to explore an unknown planet populated by gigantic beasts. He managed to unite part of the heroes and succeeded in making them crash land on the planet. However, as they survived, he decided to manipulate them to investigate a rumoured precursor facility on the planet, which was later proved. When later personally ambushing the group on-land, Zekuc was attacked by a Brukar Colossus and was forced to flee in a shuttle. Sarec possessed the Colossus' mind and took down his shuttle, causing him to crash land. Despite surviving the crash, Zekuc was killed by a swarm of Mikmik and fed to their Vorlora. 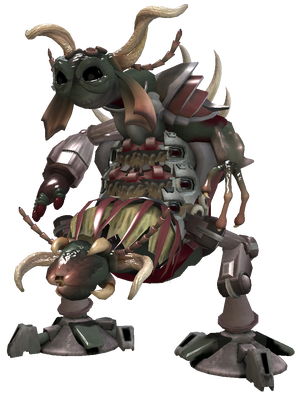 Billig Oltauris was a former Wranploer captain of the Borealis Consortium Network notable for being so overweight, his legs were broken by his own weight, causing him to rely on robotic prosthetic legs to survive. Billig was a personal agent of Falrik Zaarkhun and was known for being cannibalistic and prone to eating his enemies, living or dead. He was always accompanied by his partner, a Loktan named Gyjak. During the invasion of Vijaha at the end of the Second Borealis War, Billig and Gyjak were thought to have been both killed in combat by the Polar Crystal Alliance. However, Billig later returned during the Ice Age as leader of his own Wranploer Remnant, known as Oltauris Consortium, which would become one of the most infamous criminal groups in the galaxy. 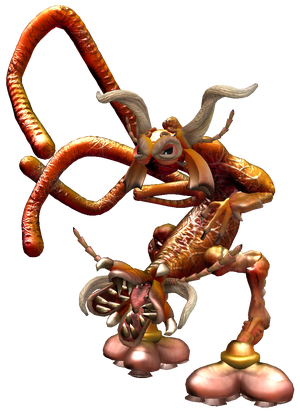 Vorius was a Wranploer warlord formerly living under the Borealis Consortium Network before its dissolution. After it ended, Vorius formed his own Wranploer Remnant, separated from Torrent's New Wranploer Legion, as he saw himself as a better leader than him. Vorius would later get a large piece of Regnatus' body and become indoctrinated by it, being turned into a mutant. 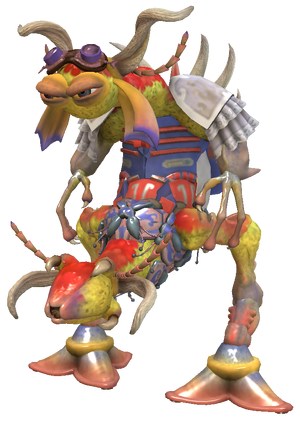 “Let me just grab this and wave it around until it's right. Yes, the machine is fixed now.”

Voroch Leerionl is a Wranploer who serves under Penumbran Tetra. One of the thousands of Wranploer who surrendered to the Polar Crystal Alliance during the Ice Age, Vorosh was always different from the others since a young age, showing no interest in piracy but a very keen interest in science. Acting as another scientist in the Krektal's team, Voroch is an expert in ancient technology such as those derived from the Kormacvar. With a very flamboyant and teasing attitude, Voroch takes pleasure in annoying males of all races, including his own captain.

“Unpleasant, dreadful, dreadful, dreadful little creatures from Planet Vijaha. Oh what I'd give to wipe this scum from our galaxy! They are almost the definition of Borealis' rats, except rats who stay together in a big group and actually have a chance of fighting.”

“Borealis rats? *coughs* Not exactly the most politically correct word... but I most certainly agree. The final solution to the Wranploer problem is either genocide or indoctrination.”

“Nothin' better than a nice, raw, Wranploer liva. Me own kind tastes the best, eh?”

“They require reformation. Or termination. Whichever is cleaner and easier.”

“These are a great species. criminal, tough, and funny looking. Really, my only problem is that morphing them makes my spine hurt.”

First model of the Wranploer