Gunpowder, steam power and another similar to 18.th earh technologies.

Having largest naval fleet in whole Koldenwelt, being pirates.

Raid and pirate everyone in the range/

The Onthoans are the Tragnon nation, living in the western seas, close to the main continent. They are very similar to Tragnon with physiology and culture, but they live only in small settlements(but not often), on the huge ships, or in the large wooden cities reinforced with iron, floating in the sovereign Onthoan waters. They are probably the best sailors on the whole Koldenwelt. Their ships are as large as mountain Tragnon ones, and they have them much more. They raid and pirate often many surrounding nations, like Marmoreal or Land Tragnon. They are very rude and unfriendly.

They often use sails vessels as ship propelles, but they already developed steam power and gunpowder, and use it as well, but somewhat less. Their fleet counts 9000 small ships, 5000 biremes, 2300 triremes, 850 quinqueremes, and 54 magnificent Deceres, more than 300 feet long, rivalling the largest Tragnon ship king Athaetus. 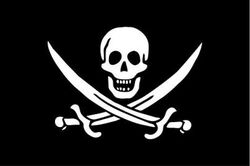