The Mysterious and evil considered Rambo Imperials (or Imperiaea) are the most secret Rambo, and are mostly called the shadowly ones or Agh Rakatulûk in the Ancient in Old Serindia.

Even though Rambo Nation has no contact with the Imperialea, rumors have they rule a territory called the Rambo Empire and lies behind Xiaan Alliance borders. But as none have ever been behind those borders, it remained only rumors.

The Rambo Imperialea believe they have been taken by the Dark God Artmyris from the planet of Dinoman82 and to elsewhere. Where they have given a change to evolve beyond the Serindia and became the dominent species in a differant Galaxy.

As the Imperialea went into space they soon build very advanced ships, and instead of becoming the dominent species in the Quadrant, they kept to themselves and only expanded there realm to the Xiaan Alliance and kept themselves isolated.

They named themselves the Rambo Empire and there Emperor was one of the more powerfull Rambo's ever, even more than the Rambo Founderer of Rambo Nation. It should be noted that the Imperialea Emperor was not a Rambo Imperialea, but another genus family of Rambo.

They first wanted to take complete control of there space before expanding to others, and since they got news of the powerfull Xiaan Alliance and Lizardian Empire, they did not want to go there. Because why would one to be risk destroyed as you can live in secret? However they did have peace with the Xiaans and are the only ones who have trade with them.

And as sow, the Imperialea lived a long time in peace, secretly and safe beind the Xiaan Alliance Space. However when the Imperial Alliance was formed, there secretly was about to be revealed.

She then met the Imperilea Emperor and talked with about a possible alliance with the Imperial Alliance. When he laughed at this and the Rambo Imperilea threatened to kill her, he showed her the information of Rambo Nation, the great Rambo Nation, where differant Rambo Species were members off.

When the Second Galactic War broke out, the Imperialea Emperor ordered Captain Ramgûlak of the USS Avalon to attack a Xhodocto Cruiser, causing the recently made truce between them and Rambo Nation fragile. He later gave Captain Chisarlyna of the USS Lady Guiverena to attack a DCP Cruiser, all to damage Rambo Nation her reputation and weaken her posistion in the Galaxy.

After a few years the Imperial Alliance sudden faded and the Alliance was broken. With the Gudrafnar and the Lizardians leaving the Quadrant Galaxies the Imperialea saw there allies fading in fear, the Rambulans went into isolation, the Mortalitas returned to the CAS and the HarbronrSauriens even joined Rambo Nation. There other allies, the Trilx also turned away and the Imperialea felt alone. None the less, they still had a strong force, consisting out of Imperial ships and holding still a great part of the clones, the Imperialea sought ways to contact the Confederacy, in hopes of joining to once again take arms against Rambo Nation.

As the Imperial Alliance had ended, the Imperial Remnant tried to hold on for there own, but due to relentless attacks by Rambo Nation, the Hutter Kingdom and the Basileus Imperium the Remnant was losing there territory at a fast rate. After one year the Remnant managed to resemble there fleets and kept there borders save. Shorlty after, they were contacted by the Darklight Federation who sought to ally the Remnant. They met shorlty afterwards.

After the meeting the Remnant began attacking Rambo Nation convoys in Tralor Space, targeting medical and trade convoys they weakened the Rambo presence there and were now preparing to launch an attack at Traloria, the Tralor colonie that was occupied by Rambo Nation.

But before doing so, they were going to test the URC there strength and might, and they attacked the URC Outer Colonie of Eire. At first, the battle turned in favor of the Imperial Remnant, but with the arrival of the Pride of the Core, flagship of Supreme Admiral Nagala the battle turned in favor of the URC and the Imperial forces were forced to reatreat. The Remnant learned an important lesson, the URC had grown in military might since the Intergalactic War, and the Remnant Goverment were now going to discuss if it was possible to form a treaty with the Cyrandia Alliance.

However the Remnant was far from fallen, with new star destroyers the Remnant was preparing for another conflict, but one could only wonder why and when. Around the 9th month of 04 AQF, shortly after the annihilation of the Universe the Remnant began jamming all Seven Starr Alliance channels, leaving the Rambo in the dark of whom survived and who didn't.

They then began to take over rule over the Imperial Remnant and began plotting and awaiting their time to strike the Quadrants once more.

The Rambo Imperilea are larger than most of there Rambo Family, and are very clever and strong. But they are not as agile as the others, which makes them slower.

The Imperilea fight with electro swords (when they are going in battle themselves, a rarity) but most of the times keep themselves busy with making battle tactics or commandeering the Imperlea Ships.

They are also very strong and can use somesort of mental abilities like lifting up objects or using a mental push to send enemies flying. It is also known that they can use there mental abilities to throttle a person.

It is also known, that the Imperialea rival the strength of a Xhodocto or even a Civatron. 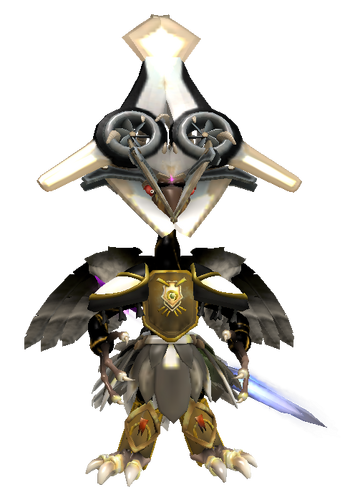 High Propthet Ramordarth is an Imperialea and an Imperial War Councillor. Since the Emperor's went missing, he became the highest authority of the Rambo Empire. He is highly honored and powerful and many fear and respect him at the same time. After the fall of the Imperial Alliance, he became the ruler over the Imperial Remnant.

Not much is known of the history of Ramordarth, only that he was a great Captain in the Imperilea Fleet and later was promoted to became a Prophet, one of the more influantial people of the Rambo Empire, in the military as in the rule of the Empire.

High Prophet & ruler of the Remnant

He kept this position for a very long time until the missing of the Imperialea Emperor. Confused and shocked by the Emperor's missing, the other Prophets (at most time there are 5 of them) voted him to become a High Prophet- as it was also the wish of the missing Emperor, an emergency position in case the Emperor died or went missing. He was honored by this position and followed the last instructions of the missing Emperor, joining the Imperial Alliance and ruling his beloved people.

And such he did and later headed for Ramrevera Prime, where he would meet the Lizardian Commander to discuss certain plans of a new attack. The Imperialea people, still confused were happy with Ramordarth as their new leader and had new confidence in the future of the Rambo Empire. He led his people into two galactic wars, the first and second. Ramordarth himself oversaw the war far from the frontlines and during the second galactic war he found himself frustrated with the Imperial Emperor when it seemed they were losing the war against both the Rambo Nation, Hutter Kingdom and the United Republic of Cyrannus. After the wars were lost Ramordarth began plotting to rebuild his fleet and forces of the Imperial Alliance and launch a third war. However his plans were thwarted when Aur'Lodin seemingly killed the Emperor which led to the fall of the Imperial Alliance. Afterwards he began searching for a way to avenge the Fall- though he did not dare to risk another assault at Rambo Nation and it's allies.

As such be formed the Imperial Remnant and began securing their old territories and protecting the Imperial planets against pirates and other enemies. When Ramordarth rule led to another stable time for the Remnant, he was contacted by a myserious figure- High Archon Arkhadrax of the Darklight Federation contacted the Remnant and Ramordarth met with the mysterious High Archon, hoping for a stable alliance.

As of 04 AQF, when the Remnant went into an economic depression and Ramardorth was forced to abandon all hopes of an alliance, as the Rambo didn't gave any aid to the in trouble Remnant. As such he was crowned as the new emperor of the Imperial Remnant (though he preffered to be called Autarch) and with his guidance the people of the Remnant began rebuilding their homes and a new kind of Star Destroyers and ships. In the tenth month of 04 AQF he gave permission to two Imperial Captain to engage two Rambo ships which crossed their borders to aid a Confederate Frigate.

Later on, when Rambo Nation became a protectrate of the Galactic Empire of Cyrannus he travelled to Rambo Prime where he signed the Treaty of Rambo Prime- a treaty wich resulted in a weapon truce.

The Imperialea fleet once consisted only out of Ramboidae based vessels, with saucer shaped vessels. However due to them joining the Imperial Alliance all of their vessels have been either destroyed or dismantled in favor of Imperial vessels.

The Discovery Class is a Rambo Imperial class vessel and is supreme to most Rambo Nation ships.

The Ship class resembles that of the Rambo Nation Intrepid Class, but the Discovery Class is more advanced, faster and a whole lot powerfuller.

The ship is mostly used as battle ship and as long range exploration vessel.

The Excalibur Class is a decent ship class within the Rambo Empire. They are used as escorts, battle ships and explorers. An all round vessel, they are one of the most often found vessels in the Rambo Imperial Fleet.

The most advanced ship of the Rambo Empire and flagship of the Imperial Fleet. Not much is known of this ship, only that is resembles a Sovereign class but is much more powerfull and surpasses both the Sovereign and prometheus Classes of Rambo Nation.

Not much is known further of this class of vessel, as it is pretty n ew and still very classified. What is known is that the Imperialea is a class like this and is the flagship of the Rambo Empire.

This odd looking ship of the Rambo Empire is also at the same time the largest and more powerfulls ship of all.

It are the oldest ships constructed in the Empire, and altough it is the most advanced ship in the fleet, is had a lot of weaponary and powerfull shields.

It can take a lot of damage and is used as corvette or battle ships, althoug it is also used as troop transportation or as docking ship, as the other ships can dock and can be repaired in space. The ships measure over 1.5 kms.