“No war can be won purely through strength. Ideals are equally important.”

The Osteola are a race of saurians native to the Inner Rim world of Mandatine, renowned for their rational thinking and devotion to peace and tradition. An influential species in Cyrannus—perhaps second only to the Libertus of the Core—the Osteola helped shape the politics and culture of not only the Inner Rim, but the galaxy at large, with Osteola such as Ryen, Kyrsá Nimrais and Jekad being well known names in the Cyrandia Cluster. Indeed, the virtues of intellectualism, cordiality, warmth and nonviolence are forever equated in Cyrannus with the proud children of Mandatine.

The architects of an expansive civilisation in the northern reaches of the Inner Rim, the Osteola first joined the galactic community in 3103 BNE, with the blazing of a new branch of the Perliama Run by Orbispiran explorers. Joining the Federation of United Worlds, the Osteolan government continued to pursue isolationism from the rest of the galaxy, cautious of the xenophilic Libertus contaminating their culture. Nevertheless, the Osteola spread to three million worlds in the Inner and Mid Rims, rivalling Libertan control over the Core. While the Mandatine Sector was not cut off from the galaxy, it imposed restrictions on Federation intervention in the region, though gladly sent diplomats and scholars across the galaxy. While such an attitude informed Osteolan policy for centuries, it would not spark overt hostility until the emergence of a ethno-nationalist terrorist organisation under the leadership of a demagogic Duke known as the Titian Claw, who usurped the rightful government in an egotistical quest for power. Playing on the fears and prejudices of the common Osteolan people, the Claw subverted the democratic system and created a militia known as the Osteolan Imperial Force, thus inaugurating a new era of violence and bloodshed which largely defined Osteolan history for over nine decades.

Rising in opposition to the Claw, the New Osteolan, a political alliance seeking to restore peace, understanding and intellectualism to Mandatine and her colonies, was formed in 47 BNE. With support from the newly formed United Galactic Republic, the New Osteola largely waged a campaign of peace against the Claw and his followers, refusing to be goaded into violence unless absolutely necessary. Though the movement would fail to gain traction for years, toward the final decade of the Osteolan Civil War, the movement flourished under leaders such as Kyrsá Nimrais and her trusted adviser, the mystic known as Ryen. In 12 BNE, the Claw was executed by the Republic Tribunal on Orbispira, ending the Civil War and resulting in the establishment of the Duchy of Mandatine under the leadership of the newly styled Osteolan White Stone, Duchess Kyrsá Nimrais.

The White Stone's government was instrumental in signing the Treaty of Corulus in 04 BNE, which applied Osteolan diplomacy and Libertan expansionism in a highly successful effort to expand the Republic into the previously independent regions of the Outer Rim. However, the re-emergence of the Osteolan Kingdom as a vassal of the Confederacy of Allied Systems during the Great Cyrannus War brought war once more to the borders of Osteola space, with Duchess Kyrsá herself suspected by the Senate of secretly supporting the movement, only to be exonerated by Senator Raen Magalen of Capricaerón.

Upon the end of the Great War, the Osteolan government continued to be ruled by Duchess Kyrsá for three months, before her outspoken denouncement of the Galactic Empire of Cyrannus led to her self-imposed exile from Mandatine in an effort to spare her people Imperial retribution. Replaced by Duke Uthyval, a well-meaning, though political powerless puppet, Kyrsá fled to the Cyrandia Resistance to oppose the Empire. With the rise of the New Republic, the Osteola became divided, not by ideology, but by the vastness of space.

While inarguable that the Osteola are, as a collective whole, supportive of the New Republic, most remain under the vassalage of the Empire, keen to avoid involvement in what many considered to be an inevitable galactic conflict between the Republic and the Empire. In the midst of the brewing conflict, Master Ryen emerged as the leader of the Aldárae Order, inculcating in the nascent order the Osteolan traditions of negotiation, mercy and civic activism.

Upon the Dissolution of the Imperial Senate in 14 NE, the Osteolan Senators Corgan of Mandatine and Donaró formed a Resistance cell known as the Free Osteola, which aimed to finally overthrow the Empire and restore the New Republic to the mantle of undisputed galactic government. Though the Free Osteola have many ties to other races, their primary goal is the liberation of the Osteolan people from Imperial oppression.

A people known for their artists, musicians and architects, the Osteola are well regarded across Cyrannus as a race of philosophers and peacemakers for whom intellect and wisdom is prised and ignorance and conformity spurned. Indeed, while the Osteola are often characterised as pacifists unwilling to fight for their beliefs, they instead subscribe to a philosophy defined by peaceful coexistence with other species and rational debate with internal political opponents—a viewpoint resurgent after the bloody Osteolan Civil War, which ravaged their species for much of the century prior to the rise of the Galactic Empire of Cyrannus. Indeed, intellectual pursuits amongst the Osteola is resultant from an education system on the Osteolan homeworlds which actively support creativity through art, music and other cultural endeavours. As such, Osteolan worlds are amongst the most beautiful in Cyrannus, with the plazas and spires of Mandatine rivalling any of the great Libertus Core Worlds. 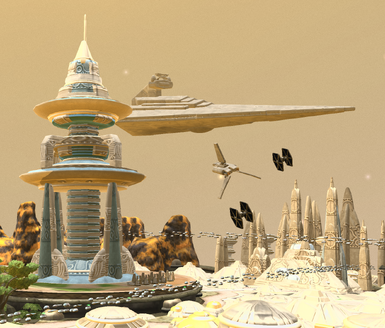 Retrieved from "https://spore.fandom.com/wiki/Creature:Osteola?oldid=768959"
Community content is available under CC-BY-SA unless otherwise noted.