The Girdo Humanoids were a collection of near-Human species native to the Girdo Galaxy. Although Girdo was home to other humanoid species such as the Zuckhs, these were the result of convergent evolution and are thus not part of the "Girdo Humanoid" category.

The Girdo Humanoids are believed to have originated from a migratory wave that left the Milky Way Galaxy in the 10th millennium BC, shortly after the end of the most recent glacial period of Earth's Pleistocene ice age. The source of this wave was most likely in the Scutum-Crux Arm, although the historical near-Humans of Girdo bore little resemblance to any others in the known universe, leaving ancient records from Scutum-Crux and subtle biochemical similarities as the only evidence remaining of this early history.

Upon arrival, the migrants terraformed suitable planets across the galaxy, including Telemadros and Celestia in the Northern Arm and Fecton in the Southern Arm. Only one near-Human race, the Cyberions, appear to have remained technologically advanced, and were heavily augmented into cyborg Warriors, existing as an organisation of mercenaries known as the Cyberion Army. All of the others were genetically modified to thrive on their new homeworlds and adopted primitive lifestyles; it is not known whether this was a deliberate choice on their part or the result of outside forces.

On Telemadros, the Madrosor progressed quickly, developing metallurgy by 8500 BC, achieving a scientific revolution by 5000 BC, and began to industrialise circa 4500 BC. It was as this time that a Shaman-operated spaceship crashed on the planet, giving them a major technological and societal boost. The technology allowed them to expand their Essence powers, and also allowed them to have a high quality of life without needing to develop a technological aesthetic in their society.

Aided by their psychic abilities, the Madrosor Imperium quickly developed into a large and influential Trader empire spanning the length of the Northern Arm, and were eventually contacted by the Belatra Kingdom, the corresponding superpower of the Southern Arm. An alliance soon formed and, with the help of other civilisations including the Cyberion Army, developed into the Second Galactic Federation and its Grand Galactic Fleet.

This peace was not to last: around 3800 BC, the Federation became engaged in a five-hundred-year war against the Grox Empire which saw the complete extermination of both the Belata and the Madrosor, with the destruction of Commodore Amatrus's Diplomacy-class starship during the Battle of Eskes being considered the symbolic moment of the latter's extinction. Nearly all of the Cyberion were also eradicated, although spaceships containing remnants of the "Grand Galactic Army" kept in stasis remained underground for nearly seven millennia before being uncovered by the Girdo Empire. When awakened, the Cyberion showed little recollection of their previous lives, and soon became regular citizens of the Empire.

Most of the Girdo Humanoid races survived simply by having not yet developed spacefaring capabilities, thus evading the notice of the Grox during their final campaign to destroy the Grand Galactic Fleet. However, details of their histories are still scarce.

Some, such as the Celestials, are known to have been assimilated into the Girdo Empire during the Imperial War Against All, the second stage of the Girdo Galactic War, between AD 2666 and 2675, and the Celestials themselves were previously conquered by the Leptliss in the early 26th century, but information about any of their earlier activities is unknown. A few astrohistorians have speculated that the Celestials had actually existed throughout the Northern Arm since at least the 5th millennium BC, with the spaceship that crashed onto Telemadros around that time being of Celestial manufacture.

The Fectonians are even more mysterious, not because of a simple lack of records but due to the fact that the records are lacking even though they should exist. It is known that archaeological excavations of Fecton showed no trace of civilisation prior to Fecton's earliest spaceflights and the colonisation of nearby planets in their solar system, a process that started in the 2690s. Despite this, subfossils unearthed on the planet show that it was clearly terraformed thirteen millennia earlier along with Celestia and Telemadros. One possible explanation is that Fectonian settlements always occupied the same physical locations as their 27th-century cities; another is that the first Fectonians were held in stasis for thousands of years, or were first artificially grown during the mid-27th century, for some unknown reason. Their Wanderer culture also suggested little of any prior history.

The late 27th and early 28th centuries saw the arrival of more races to the galactic scene, as the Girdo Empire engaged in a program of mass uplifting around the galactic centre in order to gain allies for their own fight against the Grox. It is unknown how many of the approximately forty uplift targets were near-Human, but at least two had survived past the end of the Third Girdo Grox War in 2724, and became minor members of Third Galactic Federation that formed in 2741 in response to the strict set of galactic laws imposed by the Empire.

2735 saw the Fectonians establish an interstellar colonial empire. Wishing to take advantage of the rich purple spice deposits of Zkaziaz and its ready-built mining infrastructure, they invaded the planet, with the Fectonian Navy destroying its defences from orbit and an army of Cyber-Fectonians - androids engineered to withstand the planet's high surface gravity - being deployed to subjugate the native Taltakets.

The entire Third Galactic Federation, including Fecton's empire, were dismantled by the Girdo Empire in 2750. The Fectonians were incorporated into the Empire, but the other near-Human races were appearently wiped out by Imperial xenoforming campaigns and the ruthless destruction of fleeing vessels. Although the Fectonians remained a minor species throughout most of Girdo's history, one of their number, Mazipnos Tokzhalat was elected Emperor shortly after the Girdo Campaigns. As with many species, the Fectonians' native name has been lost to history; some astrohistorians have suggested that either "Mazipnos" or "Tokzhalat" was actually the name of the species and not of the Emperor himself.

As with all Girdo species, any remaining Girdo Humanoids became part of Apalos after the galaxy was destroyed.

Most Girdo Humanoids were standard near-Humans in most internal and biochemical aspects, with the major exception being the Cyberion who had been genetically modified and cybernetically enhanced to the extent that they only resembled humans in body plan and mouth position. Most unusually, they had no facial features except for said mouth, with all sensory functions being provided by microscopic sensors in their skin.

The other races had been augmented with reptilian and amphibian features to allow them to survive in what were the usually semi-aquatic enviornments of their adopted homeworlds. In the case of Fecton and Celestia, these were the algae-filled swamplands that covered the tropical regions of the planet; Fectonians were furthermore in possession of a symbiotic layer of such algae in their epidermis, which served to produce nutrients that would otherwise have been lacking in their diet, while Celestials aquired even larger quantities of algae from their diet that turned their skin green as means of a camouflage. Conversely, Telemadros contained semi-arid regions prone to large-scale seasonal flooding, and thus the Madrosor were designed to be highly adaptable between these two extremes both physiologically and behaviourally.

Few pieces of the Girdo Humanoids' cultures survived Girdo's destruction, most of which point to standard human-like social structures governed by elite oligarchies such as the Fectonian junta and Madrosor corporatocracy, or representative democracies as in the case of the Celestials. Details are generally lacking on all fronts.

The best-documented cultural aspect is the Madrosor delicacy of "biscuit-cakes", a processed food rich in various nutrients. Biscuit-cakes were usually low on most vitamins, however, so they were often baked with fruit inside. Their homeworld had vast reserves of green spice, which was also often used in their cuisine. Popular recipes for biscuit-cakes were found within the data banks of Cyberion spaceships, showing that they were considered suitable as military rations by the Grand Galactic Army. 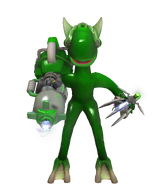 Retrieved from "https://spore.fandom.com/wiki/Creature:Girdo_Humanoid?oldid=802156"
Community content is available under CC-BY-SA unless otherwise noted.