This organism's classification is being discussed. If you have input, please see the discussion page.

The Gaskhan are reptillian humanoids, natives to the planet Kaskhan in the unclaimed territories of Quadrant 82. They are kind in spirit and have a strong believe in the Atlantica and their myths. The Gaskhan are are traders by nature, honest ones at that due to their kind spirits they will not decieve you.

The Gaskhan are brown/yellow colored reptillians and feed upon insects and meat. They strongly dislike fruit or vegtables and they do not like the smell of this kind of food either. However they respect other races who do like to eat fruit and vegtables. The Gaskhan measure almost 2 meters in lenght, and are quite strong. The Gaskhan preffer hot climates, in which they use the sun to warm up their bodies. As such the Gaskhan dislike ice planets and often avoid them if possible.

Most Gaskhan are traders or farmers, working in their large cities, constructed in massive canyons, enabling them a natural defense against threats from space. The Gaskhan also created their own guards, acting as the police and law enforcers, glad in heavy purple armor and equipped with electro staffs, the Gaskhan and visitors know to respect the gentle guards. The guards, though carrying weapons are actually gentle creatures and hesistant to use their weapons as violence is not in the nature of a Gaskhan.

The history of the Gaskhan is badly recorded, there are indications that a world war happened around 200 BQF, destroying much of their civilization and almost wiped out the entire Gaskhan race. Over the remaining 200 years the Gaskhan managed to recover, and slowly their race grew in numbers again. The Gaskhan were discovered by Rambo Nation explorers before 0 BQF, as their planet lies east of the unclaimed territories and close to the borders of the Rambo Badlands Sector. Over time the Gaskhan were allowed to travel onboard their ships for trade and commerce, as the Gaskhan did not have ships of their own. When in 03 AQF the Treaty of Fornaeria was created, the Gaskhan did not want to join them, as they feared for repurcussion by the enemies of the Nation or by other species of the unclaimed territories. As such they became an exception of the Treaty of Fornearia and are now considered a protectrate of Rambo Nation, allowing them to travel onboard their ships as well. When the treaty of Treaty of Serindianiliae was signed in 03 NE/06 AQF, the Gaskhan didn't want an official Consul, believing it to endanger their way of living and instead wanted to advance with aid of Rambo Nation before accepting an official within the Rambo Goverment.

Ever since, the Gaskhan enjoyed new goods and commerce to their planet, which surprisingly has the same building style found on Kreeta and Ramaakota. As always, the Gaskhan remain ignorant of galactic wars and events, wishing to remain out of them.

During the 12th month of 06 AQF, the crew of the USS Enterprise-A visited the planet. 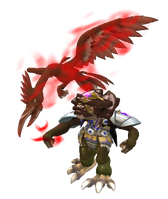 The home planet of the Gaskhan is named Gaskhan as well, the only planet the Gaskhan inhabit. The planet, a desolate and warm place is considered not a friendly place to go out in the wild. The large deserts and desolate areas provide little shelter against the blistering sun and sharp winds raging over the planet. Many visit Gashkan only for the canyon cities of the Gaskhan, build between massive gaps or build between mountains, the cities of the Gaskhan provide shelter against the harsh climate of Planet Gashkan. The Gashkan themselves have managed to thrive well on the harsh planet, living in the canyons they build their large and massive cities close to water and natural resources to farm. As such, even the local wildlife are often found near the cities as it is their natural water resource as well. The cities are often crowded as the entire population live in the cities, build with bridges and small houses and buildings, the cities stretch out large areas. The only towering buildings are often the center or main buildings of trading cooperations and the civlian authorities. The Gaskhan take great care of their cities and nearby areas, recycling almost everything the planet isn't that much polluted compared to other planets.

Local creatures inhabiting the planet are in fact part of the mystical Scions, and the Gaskhan honor them for it. However, the small Rattatoi's are often captured by hunters to be sold at black markets, and without a sufficient armed forces, the Gaskhan are unable to stop the hunters. 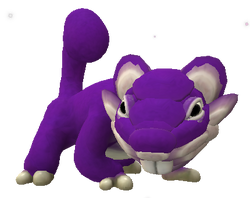 These small mouse scions, purple in color must be treated with care when encountering them in the wild. These aggressive little creatures have mean claws and fangs for defense and attack. As a normal type Scion, the Rattatoi are unable to call upon elemental attacks, though when trained posses powerful physical attacks while using their claws and fangs.

The Rattatoi are also found at black markets, sold as pets or as food for other animals. The Rattatoi are natives to the Gaskhan homeworld, where they are being hunted by the fearsome Vulcrows. They also wound up at the mystical planet Ramalivua, often becoming an annoyance to the native inhabitants, though some are also kept as pets and are living a more secure and safe live than their cousins at the planet Gaskhan. 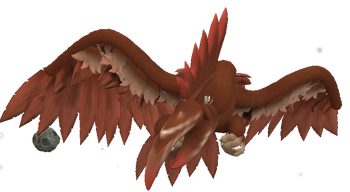 The Vulcrow are large vulture/bird like scions, known to be very aggressive to those who dare to enter their domain. With large and powerful wings, the Vulcrow are able to create strong winds to defend or attack, their agility and their sharp beaks proves to be a danger to tresspassers. When tamed, the Vulcrow are very loyal and often very obedient to their trainers or summoners.

The Vulcrow are only found at the Gaskhan homeworld, having their nests high atop the canyons. They can also be found at the mystical planet Ramalivua, where many of the inhabitants respect their presence. The Ramalivua Goblins hope to tame these birds and use them as flying mounts.