“Empire or not, as long as we keep the money flowing, we will have little to quarrel about.”

As a species, and a trait they share with all Capricyránae, the Fernei-Tuu are physically very strong, intelligent and their hands make them quite dexterous. They are known across the galaxy for their famous trading and business skills, and you don't have to look too hard to find Fernei-Tuu business men and woman across the galaxy, trying to make more money.

The Fernei-Tuu are amoung the most abundant species of Capricyránae found in Cyrannus, being found in nearly all major factions such as the United Republic of Cyrannus and the Confederacy of Allied Systems. A little known fact about the Fernei-Tuu is that their life also revolves around the well being of their families, it is because of this that the Fernei-Tuu have a great love for the care of children.

However, they have retained many predatory instincts, which is why they are often considered to be aggressive, resourceful businessbeings. They are also known to be proficient bounty hunters and assassins, who are feared across the galaxy of Cyrannus.

The Fernai-Tuu are native to the planet Fernai in the Outer Rim of Cyrannus, their name basically means the people of Fernai. They first came to the galactic scene in the year 3,209 BTC, when hyperspace explorers were scouting the location that would become a part of the first hyperlane of Cyrannus, the Perliama Run, which passed close to the planet. This gave the Fernai-Tuu space faring status quite early in their history and their planet soon became very rich with all the trade passing by their world. They soon spread throughout the galaxy, where they could be seen in the business trade.

By the time the United Republic of Cyrannus was formed, Fernai fell under its influence and quickly began to trade with the URC, without officially joining it. This being said, scores of individuals joined the Republic, in order to create a better live for themselves.

However, by the time of the Great Cyrannus War, many Fernei-Tuu also joined the Confederacy of Allied Systems dividing the race, and families belonging to it, which was a great shame for the species. Many also became bounty hunters, such as the Republic Aligned Hunter, Linn-Taan, who is often employed by the URC to engage in secret missions and assassinations.

Now, the Fernei-Tuu continue on their daily lifes in the Cyrannus Galaxy. However, the culture and tourism of the Fernei-Tuu exploded when they helped reform the Universal Trading Union, alongside the Ermitant Empire, their long time allies.

By the time that the Great Cyrannus War ended, many Fernei-Tuu willingly joined the Galactic Empire of Cyrannus, the new galactic hyperpower. However, many soon became the leaders of the Capricorn Remnant Alliance, a rebel organization to unite all thirteen Capricyránae races from the wrath of Tyrómairon.

As the Fernei-Tuu are members of nearly all Cyrannian governments, this relationship section documents the relations of the main Fernei Government.

“Feel free to set up business on Fernei!”

“Feel free to trade with us.”

“Your existence is at an end!”

“Fernei-Tuu, when encountered will generally be of two trades. Business or killing. And sometimes both.” 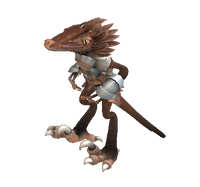