“We must wade through the blood of our enemies to achieve salvation.”

The Cogsangui are a saurian race native to Cognalorilos in the Zelotes Sector of the Cyrannus Galaxy. A highly advanced culture that revolved around a certain devotion to the Oikoumene as well as a strong code of ethics revolving around personal honour, the Cogsangui are infamous for their involvement in the various incarnations of the Cognatus civilisation throughout history, ranging from the First Cognatus Empire during the Intergalactic War and both the Empire and Unified Order of Cognalorilos in modern times.

Though often considered to be anything but pragmatic, the Cogsangui are a highly intelligent and deeply loyal people who do not always live up to the negative stereotypes surrounding their race. Indeed, under the leadership of Primarch Voro Acetenus, the Cogsangui forms he bedrock of his Order which aims to restore the truly honourable way of life experianced by Cogsangui civilisations prior to alien or ultraterrestrial manipulation. Nevertheless, a sizable portion of the species remains in the xenophobic Cognatus Empire, which aims to destroy those who do not conform to their scriptures. As such, the Cogsangui can either be a strong ally or a relentless enemy.

The Cogsangui evolved on the planet of Cognalorilos in the Unknown Regions of the Cyrannus Galaxy, a world filled with the remains of artefacts from the Oikoumene. The early Cogsangui used these artefacts to quickly advance into space, becoming a major superpower in their region of Cyrannus. When they began to explore the Unknown Regions, they quickly found other sentient species, such as the Vevilog and the Pso'Pex. The three races quickly formed an alliance between them, united in their belief in the Gods. However, it was no secret that the Cogsangui were the main leaders behind the Cognatus, and the other races were often belittled. Ultimately, this alliance formed the bedrock of the First Cognatus Empire.

In the immediate months prior to the beginning of the Intergalactic War, the Cognatus Empire began exploring deeper into the Unknown Regions of Cyrannus, searching for long lost Atlantica and Thirteenth Tribe artifacts and constructs. Eventually, they came across a world sacred to both the Cognatus and Rambo Nation, who would also eventually discover it. When they did, the Cognatus, led by Warmaster Xae Vandon who was secretly acting under the instructions of sinister aliens, were furious and began a genocidal campaign against the United Republic of Cyrannus and Rambo Nation.

This war would last for months, and all sides would face extreme casualties. Eventually, the Cognatus brought the Cyrannian Republic to it's knees, attacking their homeworlds of the Twelve Colonies. As the battle raged on, the Cognatus became aware of a sacred portal of the gods. When they finished uncovering it, they entered the portal, into what they believed was the Realm of the Gods. However, the Thirteenth Tribe redirected the portal to exit in unknown and dangerous space, where the vast majority of the Cognatus military were consumed by the Purity Virus.

However, some survived this fate and lived on in the form of the Cognatus Remnant, who became allies and later members of the Cyrandia Alliance, helping their former enemies against threats like the Confederacy of Allied Systems and the Cyrannian Neraida. However, many Cogsangui still distrust the Cyrandia, especially in the aftermath of the Great Cyrannus War, when the Emperor of the newly formed Galactic Empire of Cyrannus declared the Cognatus enemies of the state and traitors. This angered the Cogsangui, many of whom began to plot against their leader, Voro Acetenus.

After supposedly succeeding in the task, the Cognatus Hierarchy began to implement a new government that would replace the Remnant with a civilisation like the empire of old. To this end, the Cognatus Empire was formed. With their new found power exceeding Intergalactic War-era potency, the Cogsangui began to expand once more into the unknown regions of the Cyrannus Galaxy as well as the Borealis Galaxy. Soon afterwards, the Cogsangui's new empire came under the sway of the Primercer, an ancient Oikoumene reawakened by Vos Adamae. Though this united most Cogsangui for a time, many began to rebel against the rule of the "Demon King" eventually gathering under the banner of individuals such as N'thavo Xellunaion and Thaur Vicliquam, who both ultimately came under the sway of Voro Acetenus, who led a sizeable chunk of the Cogsangui away from the Primercer, forming the Unified Order of Cognalorilos. This Order would be dedicated to honour and peace, though would lead to the outbreak of fully fledged civil war amongst the Cogsangui.

The Cogsangui are a race of reptilian warm blooded saurians that tower above many Cyrannian lifeforms. They are extremely strong and can probably fight with a taller Mortalitas on equal terms. It is said that the Cogsangui are perhaps the most elite warriors in Cyrannus, which is due to the fact that they are raised from birth to be warriors. A defining characteristic of of the Cogsangui is their peculiar mandibles which they often used to catch and dismember prey in prehistoric times.

“As for the Cognatus, I can't imagine they'd hire a thug to do their own dirty work. Cogsangui honour is such a peculiar thing.”

A proud and disciplined species, many Cogsangui see themselves as the greatest lifeforms in the galaxy and generally look upon other races as being inferior in terms of intellect and strength. This at times also translates into a sense of paternity felt by more liberal Cogsangui to their allies. They have a military centric culture and place great credence in their religion, worshipping the ancient structures left behind by their gods, the Oikoumene. The concepts of family and ancestors is also very important to the Cogsangui, who often organize themselves into clans. The betrayal of a member of a clan is punishable by death and is considered the deepest shame imaginable. The Cogsangui are amongst the greatest warriors of Cyrannus and dying while in battle is often seen as the most desirable death. 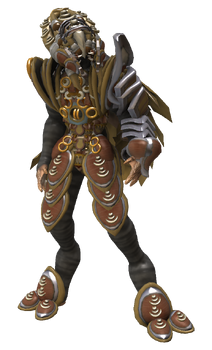 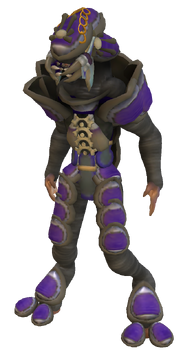 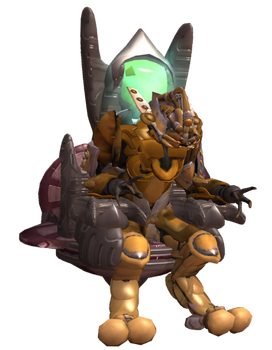 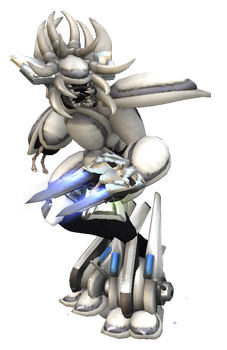 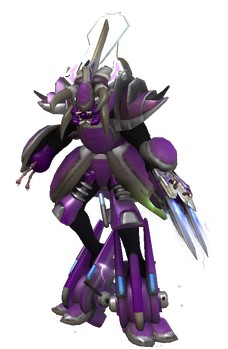 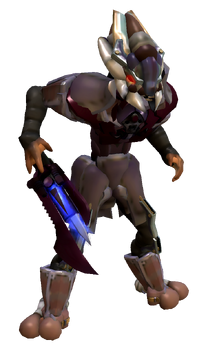 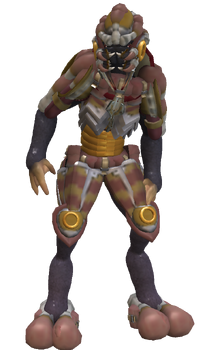 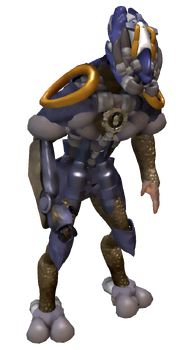 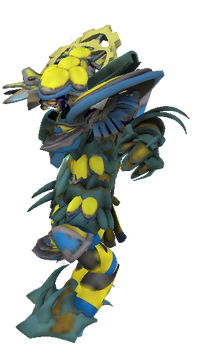 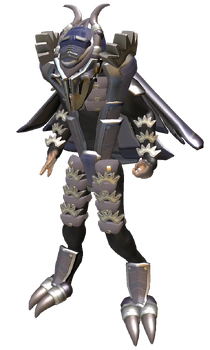 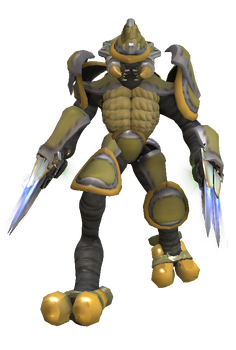 “An honourable race, who always act within the reasons of their Gods. I once thought we could put the differences of our past behind us, but it appears like many wish to see a return to their old ways.”

“Revolving creatures to witness, figuratively and literally. They make the hordes of the Corruptus look pleasant in comparison. And their preaching over their false gods is nothing short of sickening!”

“An honourable race, fanatics in their believes and quick to anger and not affraid to use immoral force against their foes. However, when earned their favor they turn out to be great allies!”

Retrieved from "https://spore.fandom.com/wiki/Creature:Cogsangui?oldid=755873"
Community content is available under CC-BY-SA unless otherwise noted.