Arqorillans are a species originating from Arqorill, a planet in the Imi-Khauat sector of the Tuuros Galaxy. Most Arqorillans are part of clans, the largest thirteen of which form the Clanspaces of the Arqorillan Renaissance, although many can be found as slaves and outlaws throughout the galaxy.

Arqorillans evolved in the humid equatorial forests of the super-earth Arqorill during an ice age. The decline of many of these forests during an interglacial period set into motion a series of events that led to the Arqorillans developing agriculture around 9,000 BC, and by 2,000 BC several regions containing early city-states became "cradles of civilisation". The end of the 2nd millennium AD saw an industrial revolution, with the first spacefaring vessel taking flight in 1995. Due to Arqorill's high gravity, getting into space was particularly difficult, so the Arqorillans developed a heavy focus on orbital infrastructure starting from the 2110s. By 2180, seven space habitats attached to orbital dockyards and processing plants had been established, and asteroid mining had begun in order to provide them with raw materials.

On the surface, conditions were worsening. Mass deforestation led to a large increase in atmospheric CO2 levels, and a similar decrease in the proportion of oxygen. The ice caps melted, coastal regions were flooded, anoxia cased a mass extinction in the oceans, and most of the land-dwelling arthropod fauna were also wiped out by loss of their habitats and food sources. With many of their most important cities flooded, and the rest being inflicted by drought and famine, the civilisation on Arqorill collapsed, with a series of resource wars helping to finish off any remaining chance of recovery.

Left to fend for themselves, the habitat-dwelling Arqorillans chose to leave their dying homeworld, and constructed large sublight city-ships to begin interstellar colonisation. Bound by their shared struggles during this time, the people of each of the seven habitats formed a close-knit clan, taking their names after the first new planet in whose orbit they chose to settle.

In spite of the loss of their homeworld, the Arqorillans thrived. In the early 25th century, the secret to faster-than-light travel was discovered by the Qafeveb clan, and this knowledge was soon traded with their neighbours, with whom their relations were all cordial. From the middle of the 25th century (some historians say 2468, when the furthest reaches of Karve came into the possession of warp drives) until around 2590, the Arqorillans experienced a golden age of art, culture, and science. In 2542, Anibopu explorers even returned to Arqorill, whose biosphere's decline was slowing down, and made monitoring habitats out of the remains of the old dockyards.

The outermost systems were slightly less golden, sporadically experiencing incidents of a less peaceful nature. Gangs of outlaws often split from civilised society, and alien slave raids took millions of Arqorillans from their homes between 2500 and 2785. Both criminal gangs and escaped slaves formed their own clans on many occasions, which went on to roam Tuuros nomadically rather than settling into colonies and habitats like their Clanspace kin. Still, such occurences were the exception rather than the rule.

It was in the late 2580s that seperatist movements began to form on the Schism-facing side of Ahbvak territory. Although claiming full loyalty to their clan, they had chosen to create colonies tens of light years further than the expanding edge of Ahbvak space, and declared their wish to be free of all laws set by the capital. When this wish was not granted, colonists began firing on incoming Ahbvak ships, triggering the Endeavour War that lasted throughout the 2590s. In the end, Ahbvak was forced to give independence to two seperate colony regions, which became the clans Abviukl and Efubiak.

Seventy years later, the religious Buivyds clan found itself subject to a theological dispute, as one group of technoshamans claimed to have experienced relevations as to the nature of Tzquuucha, claims that were rejected by the majority of mystics. Although the resulting Duality Schism of 2688 saw much less violence than the Endeavour War, it still led to the seperation of a Clanspace, with the supporters of the technoshamans being forced to leave Buivyds space and founding the Bekjefs clan counterspinwards of Efubiak.

The final creation of new Clanspaces occured on almost bloodless terms in the first decades of the 28th century. Having invented high-speed hyperdrives, Qafeveb began colonising in a spinwards direction at an increasing rate. A flood of colonists from the crowded inner systems raced to explore new worlds, but clan authority was spread thin and, with the Endeavour War still recent history, Qafeveb gave independence to two new clans, Pihfev and Vehweb, spinwards of Abviukl. Shortly afterwards, a wormhole was discovered leading close to the Imi-Khattok sector, and more independent-minded colonists passed through and founded a thirteenth clan, Vapihelb. The colonists' control over the wormhole was contested by Qafeveb, but after a small skirmish in which the Vapihelb ships held too strong a position, they relinquished their claim.

In 2782, the Girdo Resistance were directed through a portal from their doomed universe to the Imi-Khauat sector. There, they began conquering the Arqorillan Clanspaces for a new home. By 2785 they had conquered nearly all of the Clanspaces, and over the next 20 years they terraformed Arqorill back to habitability in order to make it into their new capital, and made a higher-level system of government, the Arqorillan Renaissance, which with they could exert some degree of control over their new subjects.

The Arqorillan body is adapted to protect most of its vital parts from larger predators and falls. It is based around a squat, compact opisthosoma, in the centre of which its internal organs are held within a barrel-shaped ribcage, surrounded by a thick layer of muscle and fasciae, followed by a bone-chitin exoskeleton arranged into a shield of scutes, and finally tough green leathery skin. Two strong legs are attached to hips towards the back of the lower ribcage, while a pair of smaller arms extend from shoulders at the front, just beneath the mouth. The hands and feet have four digits each; these digits lack claws, but have thickened exoskeleton at the tips for protection and grip.

The mouth itself is a round hole surrounded by twenty-four needle-like teeth arranged along two horizontal lips, increasing in the length towards the centre. Lacking true jaws, the mouth cannot be properly closed; the lip muscles instead rest in a position with the teeth interlocked. Two small appendages emerge from the of sides the mouth, each branching into two sharp claws with roughened skin. These claws evolved to hold small prey animals in place while being eaten alive.

Olfactory and thermal sensory pits, shaped like yellow ellipses with a mustard-coloured rim, exist in a line along the front side of the body. Two small ones can be found above and below the arms, a third is from which the mouth grows, and another four continue up to the top of the opisthosoma. In the gaps between the sides of the fourth and fifth pits are two retractable eyestalks; the yellow tint to the sclera and retina, both visible through the transparent iris and cornea, and thin lines of electroreceptors curving around the stalks, show that these evolved from photoreceptive sensor pits in the Arqorillans' distant ancestors.

Most of the diversity of Arqorillan culture was lost in the collapse of their planetary civilisation. What remained were the features practiced by individuals on board multinational space habitats, in which all of the cultures present blended together into a whole from which the individual origins of different practices cannot be fully disentangled. This blending occured for two reasons: firstly, the people involved were amongst the first people who chose to live and work in space, and as such they were highly open to new experiences; secondly, the first generation in space was a tight-knit community; thirdly, after losing support from the homeworld, everybody started to do similar things in order to bond together and survive. The latter also imbued the habitat-dwellers with a sense of shared stuggle and a survivalist outlook on life, which have been sustained through to the present day culture of the clans.

A few of the dominant original cultures of Arqorill can still be distinguished by the differences between the cultures of Clanspaces, as each habitat had a majority nationality and culture which had the strongest influence over its later cultural development. Anibopu maintained the aristrocracy that had ruled over their planet-bound ancestors, Buivyds had a highly spiritual culture from an otherwise secular world, and Bvosso experienced regular surges of militarism and patriotism or nationalism during national crises, such as when Ahbvaki refugees arrived from the front lines of the Endeavour War.

What never declined was the diversity of Arqorillan spiritual beliefs, although the proportion of the population who held such beliefs declined from around 60% in 2200 to 7.5% by 2800. Outside of Buivyds and Bekjefs, organised religion has always been fairly rare, and in the absence of any centralised authorities, what remnants of it existed in other habitats rapidly turned into folk religion over the course of a few generations. Non-religious spiritual beliefs, such as Tzquuucha technoshamanism, have always been about twice as common, with 5.3% of the current Renaissance population holding such beliefs compared to the 2.2% who profess to be members of a religion. 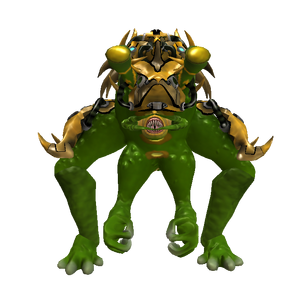 Marshal Poekgoer Achjalf is the highest ranking officer in the military of the Arqorillan Renaissance, in supreme command of both terrestrial and extraterrestrial operations, although in parliament he is held to be an equal to his otherwise subordinate peers. Achjalf was originally a military bureaucrat in the navy of planet Anibopu, and one of the rare few officials of common birth in its militant aristocratic society. After it was conquered by the Renaissance in 2784, all of the aristocracy were purged from the military, leaving Achjalf as one of the highest-ranking individuals in the region previously under Anibopu's control, including Arqorill itself. 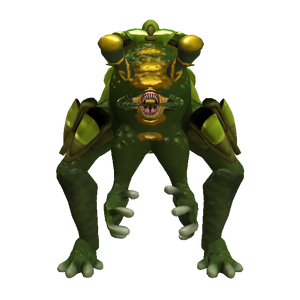 Admiral Veakear Alvoede leads the space forces of the Arqorillan Renaissance. Born in orbit of Bvosso, a planet whose culture was highly xenophobic and nationalist, Alvoede surrendered when its surface was xenoformed by Commodore Hlraka in 2783, and reluctantly submitted to the group mind. When Hlraka's ship was destroyed over Gapoïve, Alvoede was given command in his place. 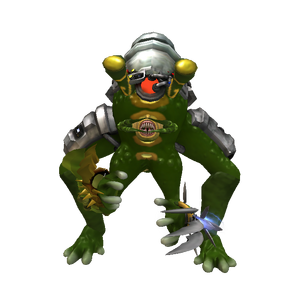 General Xaeijxaeg Aoifude leads the ground, sea, and air forces of the Arqorillan Renaissance. Prior to its incorporation into the Renaissance, Aoifude was the leader of Vapihelb, an isolationist technocracy. Aoifude was highly accepting of the Renaissance's arrival, happily adopting much of its culture and technology, notably becoming a practitioner of Imperial Bladework. In addition to her own attempts at improving on four-blades, Aoifude also developed a fascination in Grox culture, adopting the designs they used in their cybernetic enhancements into items of clothing. She also takes the story of the Girdo Grox to be a warning on the risks of having an isolationist outlook, like her former nation did.