Since the creation of their society Arakai have lived in numerous clans. While weaker clans are lead by regular clan leaders, who serve the strongest clans, the great clans, as vassals. Wars between great clans often result in decades of bloodshed, usually ending once the previous warlord dies. Despite their religious or cultural differences, the clans aren't always hostile towards each other. Thrice every year the warlords hold a summit of the clans and decide which warlord will act as a host. If a member of a clan commits an atrocity that clan will be branded demonheart, stripping away any respect or honor that the clan once had. However, this is usually reserved for warlords or some other high ranking members of the clan or if the crime is against the very basic laws of Arakai society, such as perversion or kinslaying. 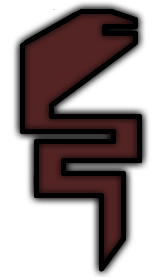 “Until the last ember fades.”


Before their extinction with the death of Vortigern, Silaris was the most powerful clan in the Mountains. Having existed for hundreds of years, Silaris had built an expansive kingdom during their existence. Their warlords were known for their obsession with fire, which they worshiped before the arrival of Kartansimal. Their zealous nature made them disliked among the other clans. During the reign of Vortigern, the clan united all other clans into the Empire of Arakai, with Vortigern as the emperor. He was commonly referred to as "Vortigern the Mad" by his vassals, due to his obsession of finding the legendary Manufacturum. Clan Silaris faded into history when Vortigern met his end in the hands of Ire Lamind. Any possible survivors were branded demonheart for Vortigern's actions during his campaign.

“Born of storm and cinder.”


The legendary clan of "Ire the Kingslayer", Lamind is easily one of the most powerful and respected clans in the modern times. The clan was founded by "Vaelin Stormking", a son of a Silaris warlord and one of his concubines. Vaelin named his clan after the wind Lamind that blows from the nearby mountain, often bringing storms to the nearby area. The prosperous city of Stormhelm acted as the official capital of the clan before the reign of Ire Lamind, who built the great fortress of Fort Ire on the top of the mountain that already housed a Qoranit ruin only accessible from the summit. Currently the clan is lead by Ire Lamind II, who is leading numerous clans in a war against clans Wulnir and Hejarus and their vassals.


Easily one the most recognizable Arakai clans, Wulnir are renowned warriors and much more open-minded towards outsiders. Their sigil is a lion, which is often associated with the legendary Lion of the North, a king prophesied by the Qoranit, that would unite his people under one banner. Their open-mindedness towards outsiders is often met with dislike and accusations, accusing them for caring about the traditions of their own people. They were among the clans that revolted against Vortigern, and have since had deep friendship with clans Lamind and Hejarus. However their alliance with Lamind has currently been broken due to the war between the two clans.

“My blade may break, my arrows fall wide, but my will shall never be broken.”


Only surviving clan that still worships Harstag, the opinion of clan Kerene differs from clan to clan, with some seeing them as nothing but heretics and others as a clan that has the greatest hunters and warriors in the Mountains. They survived Vortigern's "War of Cleansing", by pledging their allegiance to him at the start of the war, not knowing what would happen. After the war they retreated back to Hunter's Bay and almost completely shutting themselves out from the rest of the world. Under the leadership of Hirce Kerene, who is often regarded as the greatest Arakai warrior to ever live, the clan has decided remain neutral from the war. Hirce's people have also an unwavering loyalty to their warlords, as he is recognized as a Avatar of Hunt, a mortal chosen by Harstag. 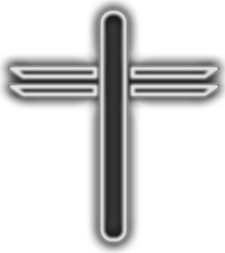 “Iron in our veins, battle in our hearts.”


Much like clan Kerene, clan Hejarus traces its origins to the time before Kartansimal arrived to the Mountains. While they forsook the worship of Harstag, only few of them began to worship Kartansimal. A clan famed for its warriors, Hejarus holds honor and swordsmanship in the highest regard. The clan's warriors are often called Ironblood Warriors, who unlike the warriors of other clans wear heavy armor. This name, that originally used to mock them, has become an icon for the clan, even going so far as replacing the old sigil of a bear with the so called Iron Cross of Hejarus. The current warlord is Uruth Hejarus, who is the oldest living Arakai, being over 200 years old, and a close friend and mentor to Tyrin Wulnir, Ire Lamind and Hirce Kerene. As the war erupted Uruth was among the first to pledge his allegiance to Tyrin.

Retrieved from "https://spore.fandom.com/wiki/Creature:Arakai/Clans?oldid=621906"
Community content is available under CC-BY-SA unless otherwise noted.