The creator (known as an editor before it was changed in the latest entries) is one of the core features in the Spore series. It allows the player to modify most, if not everything, that can be interacted within the game. All editors contain a 3D display of the object that is being edited, several options to add and remove parts from the object, and status-bars that reflect statistics related to the object.

There were seven types of editors shown in the E3 2006 demonstration.

The Cell Creator is mostly used in the Cell Stage. It is very similar to the creature editor, although it creates 2D organisms rather than 3D ones. These parts improve the cell's chances of survival.

A basic cell editor is packaged with the game, however, a more complex editor can be accessed, with "Run" Command,

When placed into the Run box, this will access a Cell editor, with 5x the number of options as the regular editor

The creature editor is the first editor the player will be familiarized with. It is available already in the Cell stage with a few parts for making a 2D cellular creature. As the creature evolves, more sections of the editor will be unlocked, allowing for walking, flying and swimming 3D creatures.

To the left of the editing screen are the seven palettes (categories) containing the functional parts that can be attached to a creature. When you add a body part which moves, it is apparent that it is demonstrated what happens when you creature moves, i.e. when the mouth is put on it communicates, when the eyes are put on, they blink, this is apparent from the 2006 demonstration. Each palette contains up to four columns with eight or nine parts in each. Columns are unlocked by upgrading the creature's brain to a higher level.

The Building Editor is first seen in the Civilization stage. There are four types of buildings that can be created: City halls, houses, entertainment buildings, and factories. A fifth type, farms, was apparently planned as well (and can even be seen in some early screenshots), but was scrapped for unknown reasons. While only city halls are absolutely essential for a city, the other three (or four if you count the farms before they were unavailable) types are also needed for a successful city.

Bodies
Different shapes for building the vehicle hull.
Cockpits
Cockpits for the creature piloting the vehicle to sit in.
Movement
The means for the vehicle to move around. Differs between land, sea, air, and space vehicles.
Function
Parts to increase the vehicle's military, economic, or religious functionality.
Effect
Windows, radar antennae, and lights.
Detail
Accessory parts.

The Anthem Editor is a misc editor, that is used to create anthems for an empire in the Civilization or the Space Stage. This anthem will be played in the empires' cities.

The UFO editor will let the player change the looks of the UFO. It contains all parts possible in all vehicle editors.

The Flora editor is not supported in the Release version of spore, However it is possible to access the editor. The editor contains many unresolved errors due to the fact the editor was not intended for player use.

The flora editor will let the player design various plant life such as trees and flowers.

To the left of the editing screen are the five palettes (categories) containing the functional parts that can be attached to a plant. Each palette contains up to four columns with eight or nine parts in each. Columns are unlocked by...

Microbe in the editor 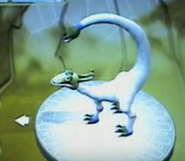 Care Bear in the editor

Buttface in the editor

Building in the Building editor 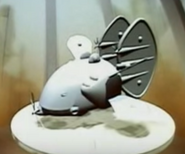 The texture editor for creatures as seen in 2006.