“We will grind the Republic into dust, and forge a peace that'll last thousands of years.”

Vitiian Rax is a female ortellan soldier that serves the Galactic Empire of Cyrannus, as the commander of a Special Operations task force assigned to Raptor Squadron. Born on the Outer Rim world of Cortellier, Vitiian was a little girl when her father, the Governor of the planet, willingly joined the Galactic Empire of Cyrannus when it arrived in the system. Growing up in increasingly prosperity as the planet became central to Imperial expansion in the Outer Rim, Vitiian grew to idolise the Emperor for bringing peace and security to her world. When she came of age, she attended flight school at the Academy of Ornoka-skai, graduating as an elite pilot of the Imperial Navy.

Over the course of five years during the Cold War, Rax rose through the ranks, before being recruited to lead an elite ASP fighter special forces group known as the Empire's Fury, which in turn was assigned to the newly established Raptor Squadron.

Born on the Outer Rim world of Cortellier in 08 BNE, the first eight years of the young Rax's life were marred by political instability. Her father, the elected Governor of the Cortellier System, had been ousted by a popular revolt, forcing him and his family into exile on nearby Charcati—home of an Imperial naval installation. Promising the Empire that they could construct extensive shipyards on the planet, Governor Rax managed to rally an Imperial fleet to retake Cortellier from the rebels. The now-Mandator Rax set about "imperialising" his backwater world, with more and more Imperial vessels arriving in the system to chart out the sectors beyond the hyperlanes.

The young Vitiian thus grew up with a deep and abiding respect for Emperor Tyrómairon, as well as the Empire's duty to bring order and stability to the cosmos, as it had for her own world. When she came of age, and with her father's encouragement, Vitiian ventured into the galactic interior, where she attended the Academy of Ornaka-skai in the Aegypticus Sector of the Inner Rim. When she graduated, she became an elite pilot of the Imperial Navy, assigned to the Star Destroyer Devastator.

For five years, Rax made a name for herself as the most elite pilot of the Devastator, with over fifty confirmed kills during a single battle against remnants of the Cyrannian Imperial State in the Ahsotaron System. After the battle, she was promoted to the rank of Commander and assigned to lead an ASP fighter special forces group known as the Empire's Fury, just as the first shots of the Second Great Cyrannus War were fired. Seeing service during the Coru Secundus Campaign, by the end of 15 NE, Empire's Fury was assigned to Raptor Squadron, assigned to rout out and destroy the Cyrandia Resistance, which was believed to have established a base in the Outer Rim.

The first major operation of Raptor Squadron was to hunt down known Republic-aligned privateers Corva and Tironus Manition, who were believed to be in hiding on the Outer Rim world Tar Kuuraen. During the mission, Rax and her teammates discovered that the two were meeting with Republic Intelligence agent Rhavor Aldorón, who sought their aid in the ongoing Battle of Coruanthor. Disrupting the meeting, Rax and Raptor Squadron came close to capturing the dissidents, though they ultimately failed. Several months later, Rax led her fighter squadron during the Fall of Rambo Nation, earning her a commendation.

Dedicated to the Empire and loyal to a fault, Vitiian Rax is considered to be one of the Imperial Navy's greatest assets, particularly when joined by her fellow special forces operatives in a wing of ASP fighters. While Rax is a great admirer of Emperor Tyrómairon, she is not blind to the excesses of the Empire, nor is she above questioning orders if she disagrees with them. Nevertheless, the considers the Empire to be the greatest hope the Cyrandia Cluster has to prevent the stars from falling into anarchy and chaos—a view influenced by her own experience with the rebellion of Cortellier prior to the Empire's arrival in the system.

Equally as deadly in the cockpit as she is on the ground, Rax is not afraid to get her hands dirty, nor does she abide by any particular code of honour. Indeed, in her eyes, foes on the battlefield deserve neither pity nor mercy, only respect for fighting for what they believe in. Simultaneously, however, she balks at the idea of involving citizens in warfare—an arena in which she feels they have no place. 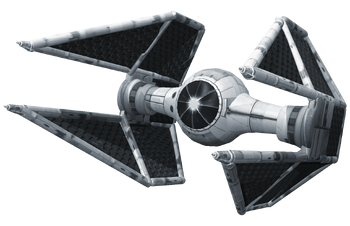 “We have nothing to talk about.”

“Nothing can save them from the Emperor's fury!”

“That's an impressive service record. If she can be convinced to defect...”

“With her as my right hand, we will crush the resistance before it get gain a foothold within the Cyrandia Cluster. Lead the Empire's Fury well commander! The Emperor is watching!”

Retrieved from "https://spore.fandom.com/wiki/Captain:Vitiian_Rax?oldid=860516"
Community content is available under CC-BY-SA unless otherwise noted.