Justice and peace for my people.

“We were once a proud, independent people but now we are under the yoke of the Quadrantian Vulrulan and the detested Regency. No more, I say. I will free my people if it's the last thing I do!”

Tvrae Saeihr is a female Rihan known for her actions during the New Cyrandia Wars, which led to the collapse of the Rihanae Pact and the end of the conflict between the New Cyrannian Republic and the Regellis Star Empire. Despite stereotypes depicting her people as deceitful and treacherous, Saeihr places great emphasis on trust and will go out of her way to ensure that everything she promises eventually becomes realised, most notably seen when she promised to free her people from the Jenassians and the Vulrulans and ultimately succeeded thanks to the New Republic.

Now, Saeihr is a captain in the Navy of the New Republic, commanding a mighty starship of her own design, the Rei'karanha. Though officially flying under the flag of the Republic, Saeihr remains something of a firebrand and a renegade and is tolerated by Republic brass only insofar as she continues to prove herself as an asset.

Born in 31 BNE on the Rihan homeworld of Rihanae, Tvrae Saeihr was still a teenager when the Regellis Star Empire emerged through the wormhole linking the Cyrannus Galaxy to Quadrant 89. Using subterfuge, the Star Empire quickly assumed dominance over the Rihan, superimposing the rule of the Praetorate with the rule of Empress Minerala. Though Saeihr initially welcomed this change, as she rose through the ranks of the Star Empire's starfleet, she quickly began to notice that the promises of the Empress for "fully and equal inclusion" in the affairs of the empire were empty, resulting in Rihan officers baring the brunt of xenophobic attitudes rife throughout the Star Empire. Nevertheless, as a strong proponent of military and public service, Saeihr tolerated the harsh treatment she received in the hopes that she could change the Star Empire from within.

However, when the New Cyrandia Wars began resulting in Regellian alliances with both the Bisistar Domain and the Jenassian Regency, Saeihr became completely disillusioned with the Star Empire, particularly after the formation of the Rihanae Pact on her homeworld. During the second year of the conflict, Saeihr and the crew of her flagship Rei'karanha plotted a rebellion against the Pact and successfully managed to poison many of the Pact's highest ranked diplomats and officials including the Lord Lieutenant. Fleeing on board her flagship, Saeihr and her crew travelled to the New Republic, where she met with Willelmus Cretacea and Apollo in the hopes that she could convince them that a Republic invasion of her homeworld would end the war.

Eventually she succeeded and joined the fleet under the Republica in a daring attack on Rihanae. Thus began the Sacking of Rihanae, a devastating Republic assault on the very core of the Rihanae Pact which ultimately resulted in the planet falling under Republic control. 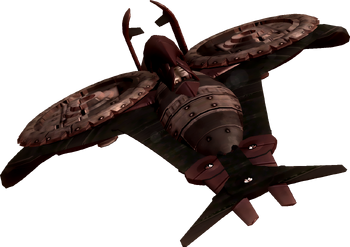 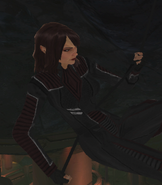