Quit yappin' about and get your work done!

Leader of the Caretakers

“If you don't have a good mechanic watching out for your machines, they're eventually gonna malfunction!”

The Mechanic, also known as Head Caretaker and real name Merakinus, is the leader of the Borealis Caretakers and the Kormacvar Legacy. The most powerful of them all, the Mechanic is an old, wise Caretaker with the most notable personality of them all, acting often like the typical old, grumpy character. The Mechanics' power is unknown to most, as is his history, though it is theorized he was the first ever successful Caretaker.

The Mechanic was the second Caretaker created after the division of the Naombur race into Caretakers and Alvino. He was birthed by the original progenitor of the Caretaker species, known as the Mother, during the Golden Age of the Kormacvar Empire. He was made to be the internal leader of the species and a direct subordinate of the leaders of the Kormacvar, being named Head Caretaker in the process. During his first thousands of years, the Mechanic's personality was limited and he was, for the most part, a standard Caretaker in behaviour. During the Grox War, the Mechanic assisted the Kormacvar in every way he could, eventually helping Arkarixus in his plan to cryogenically keep Kormacvar individuals alive to fight the Grox later. However, when Regnatus went insane, he erased the Mechanic's memory of the Kormacvar as a whole. Presumely, this incident also allowed his personality to develop into what it is now.

It is known that the Mechanic took up some training, apparently with some connection to the Vyro'Narza, of which Tuolog was involved. Of what proportions is unknown; it is presumably to do with boosting the conscience and its control of Essence, Chronoscopic and the like.

The Mechanic's first action in the 28th century was in the Second Borealis Galactic War. First met when the leaders of the Unified Nation of Ottzello, Da Rogue Boyz and Zoles Imperium were all lost in space by a dead Cold Relay during the Rise of the Xi'Arazulha, the Mechanic had to guide the galaxy to victory against the Xi'Arazulha, and show them the nature of the Borealis Grid.

For the rest of the war, the Mechanic played a supporting role up to the Wrath of Gods, where he betrayed the forces of Order and was revealed to work for Regnatus in the Borealis Grox Empire. However, after being told the Caretakers would be discontinued by GroxOttz King, the Mechanic changed sides again, and aided in Regnatus' defeat by mapping the galactic core region and warning the Polar Crystal Alliance of imminent Grox invasions.

After Regnatus was destroyed, the Mechanic sacrificed his mortality and merged himself with the Grid, taking Regnatus' place and technologically ascending into a higher place of existence. Using the Grid's powers, he gave free will to the Grox, Caretakers and Alvino, and created the Kormacvar Legacy to be an empire of galactic protectors. The Legacy aided the Alliance against the BCN and later against Zargoth, ending the war once and for all.

As the leader of the Kormacvar Legacy, the Mechanic became one of the leaders of the Borealis Galaxy. As the Ice Age happened, he shared information with the Polar Crystal Alliance about things not previously known such as the artifact known as the Stock Market Exchange, and began developing links to the Andromeda Galaxy so that PCA ships could travel and increase relations with Andromedan empires. The Mechanic was one of the first to learn about the return of Zarkhator the First and had a supporting role during Da Blak Kroozade and the Mass Armageddon, where he helped the PCA and its allies save the galaxy again.

The Mechanic is a typical old, grumpy character who always sees everyone else as a 'youngster'. He's a typical bossy character, wanting everything done his way, who always orders the other Caretakers around in such a fashion. However, he is also wise, sympathetic, and light-headed, more often than not chilled and looking for the best solution to a problem rather than panicking.

The Mechanic's Caretaker body is, for one, notably bigger than the others. His other defining feature is his skin colour; unlike the other black Caretakers, The Mechanic's skin is a shade of grey.

The Mechanic has the same equipment ordinary Caretakers have; augmented implanted tentacles, a portable turbolaser cannon and Kormacvar devices. However, The Mechanic also uses an electromagnetic device that can alter the laws of gravity, similar to those used in electromagnetic starship drives, making him capable of picking up objects without needing to use such a great deal of telekinesis. Also, he has a device that transmits sonic waves to summon the other Caretakers to help him at times. Aside from this, The Mechanic deploys a special form of nanotechnology (some believe it to be femtotech; even smaller than nanotech) to fix Kormacvar devices. This technology is said to be developed by the Kormacvar themselves, and inherited from them.

As master of the Grid, the Mechanic is omnipresent and omniscient inside the galaxy. His Caretaker body has the normal powers of Essence, Chronoscopic and the like to make his job even easier. However, his skills are notably greater than the other Caretakers, being 1.5 times the power of an Ioketa.

“I once called you a traitor. But now I see that you're the closest I have to family left.” 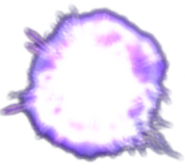 The Mechanic's current form: a being of pure psychic energy