Tethis Marrgrev is a Corthrinus male that serves as a Commodore in the Imperial Navy of the Galactic Empire of Cyrannus, commanding a fleet from the Harrower-class Star Destroyer Dominator. A brutal and uncompromising combatant, Marrgrev made a name for himself as an officer on the Royal Bastion, the flagship of the Old Corthrinusi Empire, where he gained the favour of Emperor Savra Mathen, before the rise of the Galactic Empire of Cyrannus. Though sceptical about the Empire at first, Marrgrev grew to embrace it.

Serving loyally within the Imperial Navy, Marrgrev was eventually promoted to the rank of Commodore and given command of the Harrower-class Star Destroyer Dominator, utilising it to destroy an Imperial State outpost on Sneorus. Marrgrev subsequently participated in the Reconquest of the Outer Rim during the Cyrannian Cold War, before being redeployed during the opening stages of the Second Great Cyrannus War, where he hoped to play a key role in the ultimate defeat of the New Cyrannian Republic.

Born on the Corthrinus homeworld of Rinus in 41 BNE, Marrgrev eventually joined the fleet of the Great Corthrinusi Empire, serving as a navigator on the Royal Bastion, the commandship of his Lordship, Savra, of House Mathren, Sixteenth of His Name. His skill in combat against Neraida raids on outlying Corthrinus worlds eventually came to the attention of Savra, who invited the young Marrgrev into his inner circle. There he remained, counselling Savra to ally with the United Republic of Cyrannus during the Great Cyrannus War, only for the Galactic Empire of Cyrannus to rise instead.

Though sceptical about the alliance Savra struck with the mysterious Tyrómairon, Marrgrev transferred his service to the Imperial Navy and was ultimately promoted to the rank of captain. Over time, he grew to respect the institutions of the Empire, though remained loyal above all to Savra. During the New Cyrandia Wars, Marrgrev was promoted to the rank of Commodore and given command of the experimental Harrower-class Star Destroyer Dominator. During the Battle of Sneorus, he utilised the Dominator's displacement cannon to devastate the surface of the planet, destroying the Cyrannian Imperial State ground forces, before being redeployed to the Southern Outer Rim campaign, where he ultimately fought during the Siege of Vasuband.

After the defeat of the Imperial State, Marrgrev remained in the Outer Rim to rout out and destroy lingering remnants of the Imperial State that survived the fall of Vasuband. Ten years later, he was redeployed to Coru Secundus to fight in the Second Great Cyrannus War against the New Cyrannian Republic. His first engagement came when the Dominator was tasked by Fleet Admiral Tharnak Adraci to test Republic defences at Cyraband. During the resulting skirmish, he managed to destroy the starbase Guardian-39, before being repelled by a quartet of advanced Aether II-class corvettes commanded by Captain Nils Agmaer.

When the Empire was defeated at the Battle of Coruanthor, Marrgrev fled with his fleet to reinforce Coruaan. During the subsequent battle against Republic Fleet Admiral Laege Shavalera, Marrgrev's forces were smashed, forcing him to withdraw once again to Lugh, only to be defeated there by Captain Tymonir Vargeryan. Injured during a broadside with the C.R.S. Ardaeinos, Marrgrev was recalled back to Imperial space, where he was eager to lead the crew of the Dominator on new campaigns against the Republic.

Brutal in battle against his foes, Marrgrev shows no mercy to those he considers to be his enemy, a philosophy routed in his battles against the Neraida during his early days as an officer in the fleet of the Great Corthrinusi Empire. Nevertheless, he has some respect for the New Republic due to their role in defeating the cyborgs during the Neraida War, as well as the conviction with which they fight against Imperial forces. In Marrgrev's mind, those Imperials who deride the Republic as idiot fools are wrong, for great honour can be found in fighting for ones beliefs. Nevertheless, for defying the Empire, they deserve no mercy or quarter and when faced by Marrgrev in combat, they receive none. 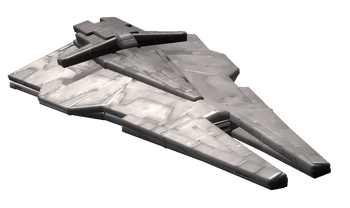 “Face the turbolasers of the Empire!”

“I will never betray your loyalty, dear Tethis.”

Retrieved from "https://spore.fandom.com/wiki/Captain:Tethis_Marrgrev?oldid=751300"
Community content is available under CC-BY-SA unless otherwise noted.