Riordan Ramberton is a famous Cyrannian Serindia explorer that is known to travel all across the Gigaquadrant in the search for new civilizations. He has no interest in politics or the wars between different civilizations but his intelligence is truly vast. However, this intelligence feeds a large ego, which can at times become arrogance. Still, despite his dislike of other people, he is a force for good.

As an explorer, Riordan wasn't affraid to do shady work for missions as well as they brought money for food, supplies and fuel for his airship. Travelling across the Cyrandia Cluster, Riordan is well known at many planets, though not considered welcome at all. During his time he grew friendly with Empress Ramashe of Rambo Nation.

Riordan was born on an unknown Rambo Nation world in the Quadrant Galaxies, but over time his parents wanted to explore the wider universe more and more. When he was a young child, his parents moved to New Ramhall, one of the newest colonies of the Rambo in the newly discovered Cyrannus Galaxy. As he grew up, he began to show changes in his appearence, an appearence shared with many other young Serindia who migrated to Cyrannus, becoming similar to some other nearby Cyrannian species, becoming a new subspecies of the Serindia.

As a child, Riordan began to show extreme levels of intelligence, but at the same time he became rude, arrogant and egotistical. However, he got full marks in all his tests in school and could seemingly tell an entire person's lifestory by simply looking at them. However, while his entire childhood was happy, things were about to change. During the Intergalactic War, a single Cognatus warship discovered New Ramhall and attacked it, laying siege from orbit. Riordan was at school at the time, and although the Cognatus ship left the system, when he returned home he discovered that his entire family was killed.

In the aftermath, Riordan became more and more reclusive and as soon as he was old enough, he bought a ship and began exploring the galaxy. No more contact was heard from him until the beginning of the Dark Times.

After finally journeying to the Quadrant Galaxies, Riordan landed on the Rambo Capital in a small spaceport away from the major cities. Suddenly, he saw one of the most beautiful things he ever saw, Empress Ramashe. Despite the fact she was heavily disguised, he still deduced that she was royalty in hiding. The two talked for hours, with Ramashe leaving, asking him if they can meet again, something Riordan was happy to accept. The two met each other many times over the course of the Dark Times and the attraction they felt toward each other grew. When news reached Riordan that Ramashe had vanished after an attack at the Royal Palace at the Rambo Capital, Riordan began searching for Ramashe. He eventually arrived at the planet Carnthedain- a planet located in the "Space in Between". Once there he promised to aid the local elven Princess Lourdes to escape the planet if she could save Ramashe from the hands of the sorceror. Lourdes succeeded and Riordan helped both Ramashe and the Elves escape Carnthedain with aid of Dil'inne'Dry.

Upon arriving in Quadrant 21, passing the Bluedion moon with no trouble they encountered the massive Suiliagothrond II- under command of Operative Claire Rambo. Welcomed onboard by Claire he was rewared with a huge some of money (and another kiss of Ramashe). Ramashe soon left the station and expressed her hopes to see Riordan soon again. Riordan hoped for the same, and was delighted to hear that Claire had been instructed to liberate Carnthedain after she finished her Zevian Expedition from the sorcoror of Carnthedain. After saying goodbye to Dil, Claire, Ramashe and Lourdes, Riordan went back to Cyrannus to finish some matter there.

Three years after the end of the Great Cyrannus War, Rambertan was approached by Mer Mirea on the planet Condooine in the Cyrannus Galaxy during the second month of 03 NE. Mirea desired passage to the Republic in Exile in the Quadrants and after securing a large amount of credits, Riordan agreed to take her. Using secret hyperspace lanes in the "Space in Between", Rambertan and Mirea arrived at the Exiled Republic planet of Apatalore, ruled by the gentle count Apaltar.

During the second month of 07 AQF, Riordan explored Skull Temple at Ramalivua in Quadrant 82, believed to hold an Atlantica artifact. As it turned out, the temple kept a Watching Stone hidden inside. While evading traps, he faced a young girl with an energy saber before she was knocked down by a massive Quadrantia Orc by the name of Bolgrash Bloodhammer. Evading capture, Riordan managed to escape the temple with the artifact and get outside the temple without being hurt. Outside, however he was stopped by humanoids and a legion of orcs. The humanoid lieutenant, Valeeria Stormcarver managed to convince the orcs to keep himself alive and prevent a conflict between the orcs and the Tirithians, at the condition that the artifact remained inside Skull Temple.

Unpleased with the turn of events, Riordan was forced to agree and was knocked out by Bolgrash in punishment. Dragged by the Tirithians, Valeeria showed the explorer his ship and kindly informed him to leave their planet and the orcs alone. Disatisfied he left Ramalivua, but promised to return once to claim the artifact for his own! 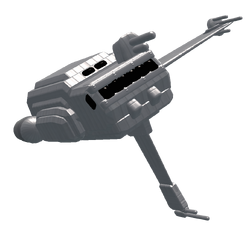 Unlike many Serindia, Riordan isn't religious, being an athiest. At times, the only higher power he believes in is himself. This could have been a product of his family's death during the Intergalactic War, though Riordan maintains that it was his intelligent reasoning that led him to his conclusion. Though he has a large ego that often leads to arrogance, it is arguable that it is deserved when considering his vast intelligence and ability to detect even the smallest details that a regular person would overlook.

Riordan however wasn't made for physical combat, instead relying on his intelligence to pick out weaknesses in his enemies and to exploit it. Nevertheless, Riordan dislikes violence, believing it to be the highest form of idiocy. Despite his cold exterior, he is capable of love and is very protective over his loved ones.

Riordan owns a small freighter he named the Eagle. He bought this vessel from a trader at Sanderhal.

“You are quite useful for an ordinary person.”

“A highly intelligent operative. He would make a good ally.”

“His desires to explore remind me of myself. Although I am not so keen on his attitude.”