“I serve the Empire, but my allegiance is to Moreuse.”

Mornauó is a Mortalitas male officer that serves the Imperial Navy of the Galactic Empire of Cyrannus. A veteran of the Great Cyrannus War, during which he served the Confederacy of Allied Systems, Mornauó has overcome anti-Confederate bias within the Imperial Navy to ascend to the rank of captain, commanding the Desolator, a Judicator-class Star Battlecruiser.

A cunning and ambitious officer, Mornauó served the Confederacy as the captain of the Providence-class dreadnought Prosperous, though in reality, he reported directly to Queen Moch-Na, and to a lesser extent, Zillum. When the war ended with the rise of the Empire, Mornauó served only insofar as it was Moch-Na's wish, working with her to undermine Corthrinus power in the Outer Rim during the opening years of the Dark Times. During the New Cyrandia Wars, Mornauó was imprisoned under Zillum's orders, when he refused to submit to the Cyrannian Imperial State and instead remained loyal to Moch-Na. With the end of the war, Mornauó was reinstated into the Imperial Navy, where he is content to serve Imperial interests so long as they align with those of Moreuse.

Born in Minasmort on the Mortalitas homeworld Moreuse, as a child, Mornauó was sworn into the service of Queen Moch-Na, the lady of the Mortalitas Empire. Though he first served as an attendant, Mornauó would later train as a warrior under Moch-Na's personal housecarl, who taught the young Mortalitas to wrestle with the laviathans of the deep, such as the dreaded Okeanón. When he reached adulthood, he remained in the queen's service as a crewmember of her personal starship, before being transferred on his own request to a military vessel. While he was opposed to Mortalitasi membership in the Imperial Alliance and later, the Confederacy of Allied Systems, he grew to respect both powers, particularly the Confederacy for guaranteeing the independence of the Mortalitas Empire in any future galactic government.

Prior to the outbreak of the Great Cyrannus War, Mornauó was promoted to the rank of captain and placed in command of the advanced Providence-class cruiser Prosperous. Captain Moranauó's first assault occurred during the incident at Ramghatulkia in 03 BNE. Moranauó worked with his friend and mentor, Moravilon, during the mission to assault the Rambo prison and rescue several high profile members of the Confederacy and Imperial Alliance. When the prison break concluded, he transported the prisoners deep into space to Carindes. While at the capital, he was awarded the Prosperous and immediately left for the besieged colony of Cybele in the Core Worlds.

Working with the Cosmic Republic, an ally of the Confederacy, Mornauó was forced to contend with a Republic fleet in orbit over Cybele, ultimately wiping out a quarter of the Republic defence fleet. Simultaneously, his forces captured the last holdouts of resistance on the planet's surface, with Mornauó threatening to execute three hundred an hour lest the Republic abandon the planet. He was thrawted however, when the Republic flagship Pride of the Core arrived at the battle. Not willing to risk the lives of his men and women, he abandoned the assault and retreated to Confederate space. A year later, he led the Confederate fleet from the dreadnought Mortiol's Honour during the Battle of Corulus. During the battle, he managed to capture the key Core World, earning him widespread commendation throughout the Confederacy.

When the war ended with the rise of the Galactic Empire of Cyrannus and the dissolution of both the Confederacy and their Republican foes, Mornauó was shocked, though reluctantly agreed to defect to the Imperial Navy. Under Zillum's recommendation, he retained the position of captain and was soon sent to the extragalactic colonial sector, where he led the invasion and subsequent destruction of colonies which refused to surrender to the Empire. After the campaign concluded, Mornauó was deployed to Mortalitas space, where he served at the pleasure of Moch-Na independent from Imperial High Command.

In 02 NE, he led the Mortalitas fleet along the border with the Corthrinus, away from the Empire's prying eyes. The two races sought control over the Unknown Regions, with both Moch-Na and Savra Mathen both aspiring toward the Imperial Grand Mandatorship. Though hungry for battle against the hated Corthrinus, Mornauó complied with orders to avoid direct confrontation, and was ultimately ordered to retreat when the Saurornithanta arrived to mediate the dispute. Remaining in Mortalitas space, Mornauó was present in the Royal Palace when Zillum arrived under the flag of the rebellious Cyrannian Imperial State, demanding Moch-Na's surrender. When she refused, Zillum had her imprisoned, though he offered Mornauó a place in his private armada. When Mornauó refused, Zillum struck him down and ordered him to the dungeons, where he remained for the duration of the New Cyrandia Wars.

When Grand Mandator Taev Vosaetiur liberated Moreuse toward the end of the Wars, Mornauó was reinstated into the Imperial Navy as the captain of the Star Destroyer Desolator. With the outbreak of the Second Great Cyrannus War a decade later, Mornauó was increasingly watched by Imperial Intelligence, which feared that Mornauó's scepticism of the Empire may translate to sympathy for the Great Star Dominion.

Nevertheless, when the Second Great Cyrannus War erupted across the Gigaquadrant, Mornauó was deployed to face the bulwark of the Republic in the Coru Secundus Region. Assigned to the armada of Fleet Admiral Tharnak Adraci, Mornauó eagerly tested the firepower of the Desolator against Republic capital ships at the pivotal Second Battle of the Mou'Cyran Remnants, where he proved instrumental in the Imperial victory over the Republic.

Several months later, Mornauó was assigned by Imperial Command to counter Republic Fleet Admiral Aver Kuestantine's invasion of the Empire's southern sectors in the Outer Rim. Meeting Kuestantine and the Cognatus Fleetlord Morin Ehtar in orbit over Corutaran, Mornauó initially found himself outmatched by the allied forces, though the timely arrival of Vice Admiral Lucaevon Pierea's forces turned the battle in the Empire's favour.

Mornauó is a ruthless instrument of the Empire's will, though often claims that he serves the Empire's interests only while they align to those of the Mortalitas people and his queen—though she no longer holds that title—Moch-Na, whom he loves unconditionally, albeit unrequitedly. Nevertheless, Mornauó's skills in battle are deeply valued by Imperial High Command, who have proven themselves willing to tolerate Mornauó's distinct lack of patriotism, provided he continues to prove his worth. Curiously, despite Mornauó's hatred for the Confederacy of Free Planets, he continues to espouse political beliefs which align closely with that of the wartime Confederacy, believing that the Mortalitas people should be involved in galactic government only if their own independence is guaranteed.

Due to Mornauó's loyalty to Moch-Na, he felt personally betrayed when Zillum denounced her as a traitor and a puppet and has been known to describe him simply as "the Traitor". Nevertheless, he still considers Zillum to be a great warrior and is secretly admiring of the Great Star Dominion, though would never dare voice such an opinion before his Imperial colleagues. Unlike many of said colleagues, Mornauó is not one to remain on his flagship's bridge. Rather, Mornauó is always keen to unsheathe his blade or draw his blaster during times of war. 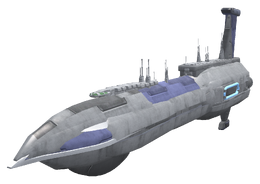 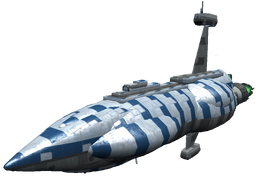 “What is it that you would ask of me?”

“Stay your tongue and I shall stay my blade.”

“Serve me well, my loyal Mornauó.”

Mornauó during the Great War.

Retrieved from "https://spore.fandom.com/wiki/Captain:Mornau%C3%B3?oldid=762192"
Community content is available under CC-BY-SA unless otherwise noted.