“Rambo Nation is my home. I will die to protect it.”

Garan Andarch is a male Libertus who serves as a captain in the Navy of Rambo Nation commanding the Excelsior-class refit USS Royal Oak. Born on the Inner Rim world of Tharasavis in the Cyrannus Galaxy, Andarch served as a lieutenant in the military of the United Republic of Cyrannus before being chosen as part of a Cyrandia Alliance exchange program in 04 BNE to serve in the armed forces of Rambo Nation. Eventually, Andarch was promoted to the rank of captain of the USS Royal Oak upon the signing of the Nim-Glaré Concordat in 01 NE, though secretly Andarch hates the Galactic Empire of Cyrannus and believes that the New Cyrannian Republic and the Rambo should unite in arms against tyranny.

After a great record as captain of the USS Royal Oak, Garan recieved a promotion to fleet-captain in 2818 (20 AQF), a milestone for the originally "exchange" officer.

Born in 37 BNE on the Inner Rim ecumenopolis of Tharasavis, Andarch often wondered about the possibility of travelling across intergalactic space to see the wonders of other galaxies. When the United Republic of Cyrannus made contact with Rambo Nation during the Trucinex War, he was fascinated by Rambo culture and enlisted in the Republic Navy in the hopes that he could eventually serve beside Rambo captains during peace keeping missions. Prior to the Great Cyrannus War, Andarch had risen to the rank of lieutenant and was chosen by officials from the newly formed Cyrandia Alliance to be apart of an exchange program, which led to him taking up residence on Karzhamarhi-Nui and his eventually promotion to the navy of Rambo Nation.

During the Great Cyrannus War, Andarch served on board the USS Dallas under the famous Admiral Ramcard where he fought in conflicts against the Confederacy of Allied Systems such as the Second Battle of Rametrai-Nui and the Battle of Muunivelle, earning him a hatred for the Confederacy which he holds to this day. When the Great War ended with the fall of the Republic and the rise of the Empire, Garan was devastated and noticed that many now treated him differently due to the role many of his people had in the betrayal. Matters became worse when the Empire conquered the Rambo Capital soon afterwards, forcing Ramashe to sign the Nim-Glaré Concordat and thus beginning the infamous Protectorate.

Throughout the Dark Times however, Garan was favoured by the Imperial administration who allowed him to rise up the ranks of the starfleet until he finally reached the rank of Captain in 01 NE. To his surprise, he was given command over the highly advanced Excelsior-class refit USS Royal Oak, a rare occurrence for such a young officer. When the New Cyrannian Republic was formed, Andarch was glad to see the alliance of old upheld and noticed that many now treated him more favourably now that the Republic had returned. During the New Cyrandia Wars, Andarch and his crew were glad to be posted away from the combat zones and were instead at one of the forefront of exploration missions into the unknown regions of the Quadrant Galaxies.

During the opening weeks of the Tertius Bellum in 2806 (08 AQF), Andarch and crew rendevouzed with the USS Enterprise-A where he recieved two new officers that were transferred at orders of Rambo Command, namely lt. Codoberia and ensign Zule Grunzar. After the transfer the crew of the Royal Oak continued their mission.

In July, during the events of the Torments of Arcaniox, Garan met with the Ragashota Elder, Chen Whitesnout who asked to aid his people at Arcaniox and save them from the Hutter Kingdom and the evil entity known as the Tormentor. Garan patched the message towards the Rambo Capital who offered aid after chief of staff, Ser Rambert Ramveral spoke them. In 2809 (11 AQF), Garan was dispatched to the Cyrannus Galaxy where, at behalf of Rambo Nation had a meeting onboard the CRS Aeolus, under command of Helo Roslia. He agreed with the allied forces and was send to patrol borders of New Republic space until the Neraida Gigamatrix launched an assault at Coruanthor. Together with a Constitution-Class cruiser Garan engaged the Neraida Cube in orbit. Together with the allied forces, the overwhelming fire-power and a large amount of luck on their side meant the collapse and the destruction of the cube.

In 2818 (20 AQF), Garan Andarch was personally selected by rear-admiral James Rambo as a candidate to become the new fleet-captain of Rambo Nation, a gifted tactician and great diplomat. The rest of the flag-officers agreed and Garan was installed as fleet-captain together with an all new uniform, and was allowed to keep his ship and crew. In may, Garan and his crew were tasked by Rambo Command to investigate an area south of Pauvenris and beyond Rambo Nation borders. Upon arriving and surveying the system they concluded it was uninhabited until an unknown vessel intercepted the Royal Oak.

The ship demanded the Rambo vessel leave the system as they crossed into Sectoras Borders. When the vessel fired a warning shot, Garan decided to give up diplomatic efforts and left the system, continuing their jouney to Lianna-station to take command of the fleet stationed there.

During January till March 2820 (22AQF), Garan oversaw the internship of Cadet Jenna Lenissa Rambo. By the end of March he took to Ramaakota and allowed her to explore the city on her own. By the end of the however much to his delight he was contact by the saloon holder, Gaskuark that his Cadet required to be picked up after being to tipsy. Though Garan reprimanded the Cadet for her behavior he promised to keep it between themselves as Gaskuark was known to do this to cadets and young officers. He later wrote a letter to rear-admiral James Rambo about the event to inform him and make fun of it.

A friendly and positive Libertus officer, Andarch embodies many of the great ideals held by most of his people including a strong faith in democracy, order and justice. As such, Andarch is a great supporter of the New Republic and the Rambo Senate while being somewhat distrusting of the monarchy, especially when Ramashe acts without the approval of the Senate. Nevertheless, he does place his loyalty in Ramashe and Apollo, believing that all leaders should be challenged and kept honest. As a military officer, Andarch values loyalty and respect for the chain of command and is a popular captain to the crew of the Royal Oak who often appreciate how Captain Andarch always attempts to use diplomacy, rather than violence, to solve problems.

As fleet-captain, Garan wears a two-piece outfit with black pants with a white line running down and a white and black jacket that is worn over a black colored undershirt. The Rambo insigna is worn above the left breast. 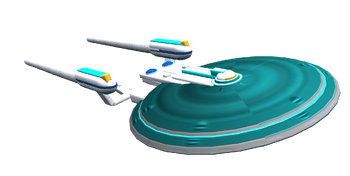 The USS Royal Oak is an Excelsior-class refit in use by the Rambo Navy under the command of Captain Garan Andarch. As an Excelsior-refit, the Royal Oak is a powerful ship in the Rambo armada which raised many eyebrows at Rambo Command when such a vessel, usually a flagship, was placed in the command of such a young Cyrannian officer. Nevertheless, Captain Andarch is a popular commanding officer to the other members of the Royal Oak crew, which is often deployed on exploration missions in the depths of space.

“It is good to see Libertus becoming so intertwined with the Rambo. Our two groups are destined to be friends.”

“A promising officer, an example for the fleet!”

Retrieved from "https://spore.fandom.com/wiki/Captain:Garan_Andarch?oldid=808035"
Community content is available under CC-BY-SA unless otherwise noted.