The protection of Imperial citizens in the Plazith Rim.

“This galaxy is a hotbed of anti-Imperial civilisations. It is my duty to protect our citizens from them and ensure the growth and expansion of our Imperial Order.”

Daeron Siruliulus is a male Libertus who serves as a Grand Admiral in the Starfleet of the Galactic Empire of Cyrannus, commanding the 10th Plazithian Defence Fleet from his personal flagship the Procurator-class Battlecruiser Sovereign. A native of Coravannis in the Inner Rim of Cyrannus, Siruliulus was born twenty three years before the rise of the Empire, with his quick advancement through the ranks of the military being among the fastest in the history of the galaxy.

Siruliulus' keen intelligence and leadership abilities ultimately led to his promotion to Grand Admiral just as the opening shots of the New Cyrandia Wars were being fired. However, due to his assignment to the Milky Way, he remained uninvolved in the conflict, coordinating closely with Grand Mandator Zhk'zhr to defend and protect the Empire's growing territory in Plazithi. During the Second Great Cyrannus War, Grand Admiral Siruliulus led the Imperial forces against the allied nations led by the Apalos, the Defensive Systems Bloc and the Delpha Coalition of Planets.

Born on the Inner Rim world of Coravannis in 23 BNE, Daeron Siruliulus grew up in the lap of luxury, thanks to his family's connection to the ruling Vanteer family, which controls much of the business and trade of the world. When he came of age, Siruliulus enlisted in the military of the United Republic of Cyrannus during the opening stages of the Great Cyrannus War, a conflict he fought in bravely and honourable for the defense of his people back on Coravannis. When the Galactic Empire of Cyrannus was formed three years later, Siruliulus continued his service, ultimately reaching the rank of Captain by the end of 01 NE, Admiral by 03 NE and Grand Admiral by 04 NE, a testament to the professionalism that makes Siruliulus one of the Imperial Navy's best and brightest.

Soon after his promotion, Siruliulus gained command of the Sovereign, a Procurator-class Battlecruiser with the distinction of being the first ship constructed at the newly constructed shipyards over the Outer Rim world of Imperaqui. Once he became acquainted with his new ship and crew, Siruliulus was sent to the Milky Way Galaxy by Imperial Command, a galaxy rife with tension and conflict.

When the Second Great Cyrannus War erupted across the Gigaquadrant, Siruliulus was immediately assigned to secure the wormholes leading to Cyrannus from Republic-aligned civilisations including the Defensive Systems Bloc and the Delpha Coalition of Planets, a fact he regretted due to the Empire's formerly favourable relations with the Coalition. Nevertheless, he followed orders and led his armada during the opening Battle of Gravitas, hoping to wrest the Gravitas wormhole station from the Defensive Systems Bloc. Though he emerged victorious from the battle, with the clandestine help of the Greater Zarni Empire, Siruliulus grew to admire the strength and tenacity of the DSB, particularly when they repeatedly refused to capitulate to Imperial forces.

With victory at Gravitas secured, Siruliulus led Imperial forces at the pivotal Battle of Farochel, during which the Coalition of Planets first intervened against the Empire. Nevertheless, he was successful in capturing Farochel, and the wormhole to Cyrannus, from the New Republic, and focused his eye toward the Terran Republic, which he considered ripe for conquest. After emerging from the Battles of Pleiades and Danann, Siruliulus launched a brutal siege of Terrae, working closely with the Phaedric Lord Moranonúngur to oversee the fall of the Terran armada.

Personally travelling to the planet's surface, Siruliulus saved Aidan Collins from a Bisistar who had impersonated President Elethien, and brought him before the people of the Terran capital Arcadia to pledge loyalty to the Empire. When he refused, and spoke out directly against Tyrómarion, Siruliulus obeyed his lord's orders, and destroyed Arcadia from orbit, resulting in the Fall of the Terran Republic. While overseeing the formation of Imperial Terrae, Siruliulus began to draw up battle plans against the DCP.

Like most Libertus natives to Coravannis, Siruliulus is of the most common Libertus ethnicity, indicating that his ancestors originated on the planet Capricaerón. Siruliulus is average in size and build for a male Libertus of his age, standing just below three metres tall and possessing a plume of feathers on his head and tail as well as a covering of protofeather that covers his body. As a high-ranking Imperial officer, Siruliulus wears a standard Imperial uniform as well as an elaborate hat fitting of his high station within the Empire.

Siruliulus is an individual that is focused almost solely on his career, which he treats with the utmost seriousness. He sees the most important part of his role as Grand Admiral as the protection of not only those under his command, but also those who live in the areas of the Empire under his protection. As a commander, Siruliulus is seen as stern among his crew but is nonetheless well-liked due to his many exploits in battle. A strong supporter in the Imperial Order, Siruliulus is a strong advocate of the Emperor, seeing him as the best thing to happen to Cyrannus in many long years. 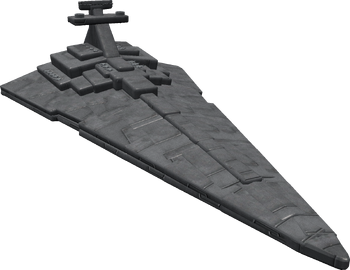 “Pleased to meet you.”

“A loyal extension of my will.”

“I would be happy to serve under such an efficient leader.”

“Another weak lizard that will rot in the prisons of Moreuse.”

“I suspect the Empire may have been hasty in his promotion, the Plazith Rim would make an excellent proving ground for him.”

“He had better show his worth with the position that our empire has granted him.”

Retrieved from "https://spore.fandom.com/wiki/Captain:Daeron_Siruliulus?oldid=767182"
Community content is available under CC-BY-SA unless otherwise noted.