Bolt is the child of Overlord Stunn and Lordess Zapretta. Like all Bots, he was made in a factory. When Overlord Stunn refused to give the Factory workers a raise, they thought they would pull a prank and make their son Bolt's head out of a modified cd player with a CD still in it. They did however give him the most advanced, yet not tested, CPU (brain) available. Not tested as in it has a glitch, but only a minor one. The glitch is long term computer observation deficiancy (LTCOD), a robotic equivalent of ADD.

Because he was built and given life by the Overlord and Lordess of The Bots Empire, he is technically a prince. He skipped 8 grades (The Bots use the human school system) and measured an I.Q. of 193. He is extremely arrogant, and has made many self modifications. Although he is bright, according to Interdimmensional Law, some of his modifications are not exactly "legal". He doesn't need to worry because he is technically above the law. When Stunn and Zapretta rusted into retirement, he became Overlord Titanium Bolt. Having the title of Titanium already, he decided to drop the Overlord part (that does not mean his is not overlord). Being a late teen in Bot years, he is a bit rebelious against his kind. He has befriended other species such as The 5 Brutes. They are very friendly to him so he enjoys the company of Reggi, Dash, Redrick, Zero, and Minor.

The Bots Empire normally prohibits self upgrades in fear of a malfunction or explosion. The parts are listed below. 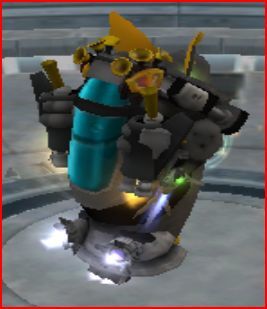 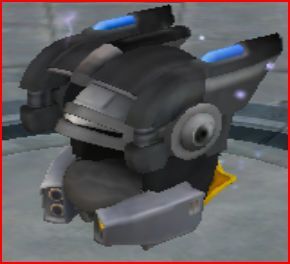