Whoever thought it was a good idea to synthetically grow Kicath and put them into the bodies of near-indestructible warriors was a complete lunatic. Especially when they didn't give them psychiatric evaluations.Unknown

Agent 13, otherwise known as Agent Nu, was a fourth-generation Kicathian Agent that served the Kicathian Coalition. The product of an experiment of Kicathian military sciences, Nu and the other fourth-generation agents were synthetically-grown Kicath made with the sole intent of inhabiting extremely advanced cybernetic bodies. Nu was active during the wars against Chaos, where among his enemies became a figure of terrifying legend. Nu was known for his proclivity towards violence and his resilience in inhospitable situations, as well as his unpleasant and intimidating demeanour. However, Nu's legacy is one of great reverence, as he sacrificed himself to save his allies. He was killed during the Third Xhodocto War by Hez'Kalka after a brutal fight. 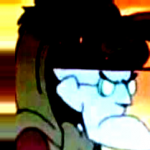