Ik its only been a couple days....but NOBODY IS TALKING 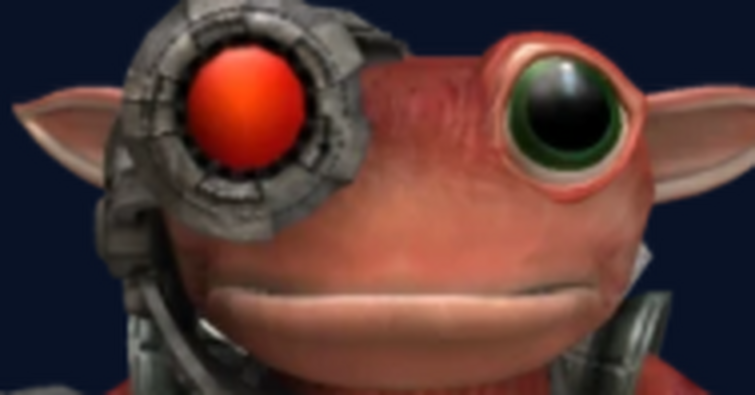 Also, can anyone help me make new taxa for my creatures? I don’t know how

Spore has many connections with the sims series can you name a few in the comments?

The bugs would be Helicids

The 'octopus' would be a Spicapedid

The sea snout would be a Phosphorid

So I have noticed that despite military cities having guns, they never use them. It makes no sense. So, I propose two options

1. You can send soldiers to cities to attack them. They would just shoot the buildings and other soldiers.

2. Soldiers could go on the walls and act as a cheaper weaker version of turrets or just stay on the ground and shoot enemies there.

I hope you agree reader that this is an interesting idea. And now, I bid you adieu!

i still don's know why EA or Maxis would cut all of those parts, but maybe people had too much creativity and started making innaprops stuff.

While playing Spore, I am in the early stage and when I try to mate, my game shuts off and brings me to Origin.

It happened twice, one in spaceship, second in building to me, when using mods. There you must have Spore GA, You wont have the rest of details on the GUI plus, no saving, the only way you can fix is none, just none.

Im pretty sure i have no right to ask this, but badged would be a good addition to this wiki. I dont know what else to say

I was just playing the tribal stage and I was mainly gathering food at the time, and I just ailled a tribe I think. I had a few babies at the tribe waiting for them to grow up, suddenly one of the babys start attacking another baby, I'm pretty sure it wasnt a wild animal since I dont remeber any wild animals nearby plus other tribe mebers woulda scared em off..

So... it's almost been a year now. I still haven't forgotten what happened with me and Xho and the rest of the controversial drama I brought into the community. Back then, I still wasn't really ready to tackle such big concepts like Lovecraftian Gods of chaos and horrible and horrifying beings with immense power. I've still as of yet to really master my understanding for stories like those, but I do know now the meaning behind them, and why what I did in my fit of confused and selfish anger was cruel and uncalled for. The idea of a unstoppable deity was and still is hard to grasp, and I felt frustrated that I couldn't really write my character the way I wanted to without adhering to the laws of their creation as well despite the fact I was actually being tolerated and being received by open minds. I guess you could say I was pretty butthurt and really salty, and too self-absorbed with my beliefs to actually examine the situation for a moment. After my time isolated from the community, I've come to actually appreciate and enjoy Xho's creations and their existence, as his art of writing really reminds me of H.P. Lovecraft's. If I hadn't have ever even read his stories and creations, I probably would have never tried to join the community in the first place. As for the controversial drama, I'm aware of why what I mentioned was absolutely disturbing and wrong, and why it was absolutely inappropriate for any open conversation. I understand why people reacted so drastically to my comments, and that what I said was absolutely juvenile, awful, and disgraceful. Whether you view it as a sign of degeneracy or just a slip up is fine in my eyes, I just want to make up for what I did. I want to prove that I'm not a terrible person; that I've learned for once. Problems like these really seem to stem from me being too open with others online for my own good, and not realizing that some things are better left unsaid. I've learned from that experience, and along with experiences I've had in my life recently because of it, and I want to change for the better. Despite what you and the others still around may believe, I really did enjoy my time with you guys, even if some people said my creations were poorly fleshed out and cheesy. I loved hearing about the races, dimensions, technology, and history behind the galaxies you people hand-crafted. I loved the separate groups and discords dedicated to SporeFiction, and all the memes and scientific/philosophical discussion. Heck, I even liked spouting about "Edgy Cthulhu Thanos" (I doubt anybody will get that reference.) with the community despite the constructive criticism. Over these months, I've really gotten active in story writing and fiction. I've come to study and look for the messages behind the works of others instead of just viewing the story as it is, and have even begun to learn pixel art and have begun a ARG. With this activity, a new perspective has been brought to my attention, and I wish understand the stories of others and to improve my writing by using it. I don't intend on creating anything or writing anything related to the fictionverse for a while. I feel like I'm not exactly ready to step foot in such a huge and complex universe, which is why IF, not WHEN I come back, I will resign to helping others proofread their pages and simply asking questions about and admiring creations I'm fascinated with. I can understand if you don't trust me. I wouldn't trust myself too after all the crap I've spewed and the flamewars I made. I can understand if you're still mad at me, cause I acted like quite a asshole back then, and that's probably a huge understatement. But now, I just wanna experience that wonder again. I just wanna be part of that wonder again. I know this whole thing feels pretty pathetic, considering how long this repeal is, and that's fine if you think that. I just want to come back and see it all again, but do it right this time. I hope you understand where I'm coming from, and that we can make a compromise so we can put all this behind us for good. Keep creating, guys.

I think we should remove the template reason (or entire template) at the top of the Cylone page, as it has its own family, and is not in floridata.

I believe that I have learnt what I have done wrong within the taxonomy project, and I think I should be allowed to classify my own creatures. I will make sure that the classifications are correct, and will remove creatures that others think are incorrectly classified. I will also make sure to discuss any of my creatures that currently do not fit into any current family. I will also check the entire project, at least once a month, to find cases of bad genus names, and correct them.

Since the beginning of 2019 it has become apparent that tensions are emerging on the SporeWiki Discord server. Some arguments have been of a politically charged nature and other problems have resulted from poor conduct. This post is aimed at every member of the community, be they contributors, mods and administrators. I think it is appropriate that we all take more responsibility in preventing possible arguments and to stop them when they occur.

If there's a current conversation that is channel-hogging or repetitive, you may politely ask the users to discontinue or move their topic to another server, or ask a mod to do this on your behalf. All users should be prepared to move a topic. It is permissible to ask an admin or mod to review and possibly end topics that are harmful or offensive, with explanation.

This is immature and normalises bullying and exclusion. Furthermore it's uninteresting and unnecessary to keep banging on about blocked users or past dramas, they have been dealt with but remember such users may yet be permitted to return in the future.

This in violation of our rules as written in the SporeWiki:Rules and SporeWiki:Discord pages. They state clearly that users must be courteous, refrain from personal attacks and insults, and avoid flame wars.

Antagonistic posts have a potential to cause arguments and normalise exclusionary behaviour.

If you have a problem with the conduct of an admin you can raise the issue with another in private or on SporeWiki's talk pages.

Remember to assume good faith (don't presume ill-intent unless warnings are ignored). Users with additional rights must be upstanding in their manners, and minimise the damage caused by enforcing policy. Mods and admins should not use their powers to seek arguments and have no additional right to cause flame wars. Warning users does not require engaging them for argument's sake. Block warnings should be posted to user talk pages on the wiki.

Every incident could have been avoidable if users had moderated themselves according to SporeWiki's standards (including those that led to blocks). These standards exist not just to satisfy veterans. They are not just the admin's rules. The reason standards exist is to satisfy everyone: namely, to maintain a constructive space. This requires minimising disruption. The discord server exists for SporeWiki so we can maximise our enjoyment of it, and improve our ability to cooperate and contribute to its various projects; organise wiki maintenance; or as a place for new users to learn how to be good contributors. Ultimately we're all in this community to have fun and chill out, not to spoil it with drama.

SporeWiki has a diversity of people with different backgrounds and beliefs. We want to avoid political and social conflicts altogether, not push a political agenda or seek some higher ethic. These minimal standards are simply there to support cooperation on SporeWiki. People are free to make their own unendorsed servers that are ruled by different consensuses and social norms.

Final word. Remember you are representing the SporeWiki Community, which has had high acclaim with Maxis (in the early days), the Spore community, Wikia and MediaWiki because of it openness, creativity and talent. The discord server is now probably the first place most people discover the wiki with. Behave in a manner that doesn't spoil the community for others, or puts people off from joining because they feel excluded or bothered by immature behaviour.

I have no Idea how to make Galactic Adventures Pictures bigger than the Downloadable PNGs. Help me please!

I suggest a feature, where people can suggest what family they think their creature should be in. I think that this may improve efficiency, as taxonomist could just check if it fits the suggested family, and if it fits, a creature has been classified, but if not, they can move it to the 'requests classification' category. This basically allows people to do the work of taxonomy for their creatures, but it will prevent unsure people from hurting the project with incorrect classifications.

Stupid Question, but I was wondering if it is allowed to have more than one Empire.