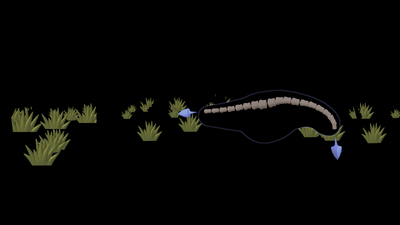 I have a CPU of 1.10 GHZ, so this crash probably had to do with my CPU speed. Once i found a glitch during the creature stage. I was befriending a Punk Bird but while i was befriending it a epic killed me. I clicked the green button to be reborn, but after some time the game crashed. It either... 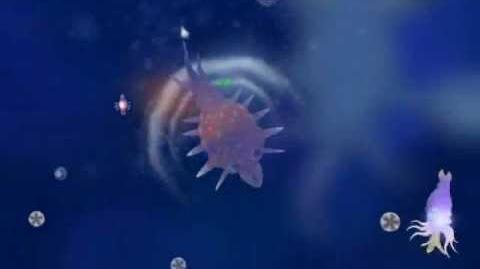 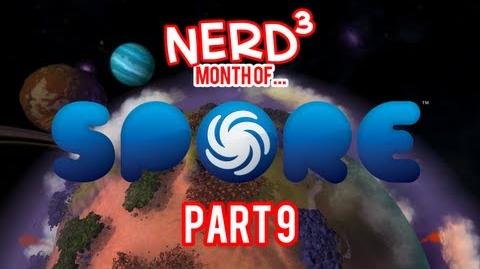 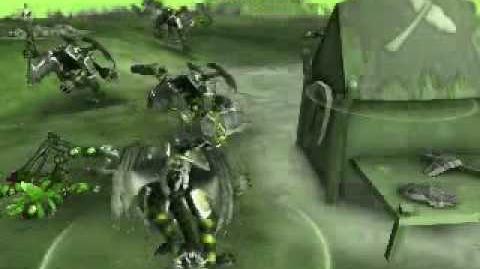 i really really need a salution to this... I CANT TAKE IT ANY MORE!!!

I Had Used The Sporepedia To Download Some Creatures, But Most Of The Time They Aren't In My Recently Downloaded Or Everything List, Even When I Type The Creator's or Creature's Name, Is There A Fix?

While playing Spore, I am in the early stage and when I try to mate, my game shuts off and brings me to Origin.

It happened twice, one in spaceship, second in building to me, when using mods. There you must have Spore GA, You wont have the rest of details on the GUI plus, no saving, the only way you can fix is none, just none.

I didn't read all of the glitches, but from what I saw I didn't figure out how to solve my problem. you see, my character died while in battle and i skipped the "Oh no you died part.." just to hurry on with the game, but my screen just showed my creatures dead body, and when i reloaded the game i t was alive but wouldn't move!!! help! I'M NOT USING ANY MODS EITHER!

I've just reinstalled the game and got all the way to the end of Tribal stage, one more tribe to ally/kill - and I notice I can't dance for my other allies as my chief is just doing this weird dance and being a sh*thead. So when I go give a gift and try dance for the last tribe, NOTHING happens. They just stand there awkwardly. I've tried everything the wiki has suggested, restarted the game, my computer. Nothing works. It's so frustrating and I've tried defeating the tribe, and I just keep dying OVER and OVER - it's a pain and I just want to move on. Please help!

I encountered a glitch where the babies were way smaller than usual and they didn't have the large eyes, instead they looked just like adults. ye

I encountered a game-breaking early Space Stage glitch. When I'm supposed to get the Captain Badge and scan the crashed spaceship, I don't get the badge. The communication says I have to go to *UNKNOWN<mission_UFO_wreck_target_planet>*. When I close communication, I have no mission at all. The problem is, no matter the creature, planet, vehicles or buildings, I keep having this glitch. This also means I'm limited to only 13 working Space Stage files.

If anyone has solutions, please answer! At least 5 races will be happy (and a user).

found a planet with a kinda cube land, and sphere water, it was only one though

So there's this glitch that I know about, where I use alt escape to minimize spore, and occasionally the game's cursor will come back to my desktop and everything will become impossible to use on my desktop. Spore now becomes a small window like this screenshot of task manager put to take up the least space possible, just more resembling the Windows XP UI.

I have not played Spore in ages because of this, it would prevent me from doing multiple things while I play spore.

I'd like to see this added to the glitch list, and as for the name, how about "Cursor returns to desktop upon minimization" as the name?

I left my nest with a baby pack member and got killed by predators. (recently left cell stage.) I went back a few times until they were dead. only had a new pack member to help on the last two tries. then I saw one of my species standing there with bugs around it. clicking it did nothing, I couldnt interact with it except for throwing a stick at it (which it didnt react to). other creatures acted like it wasnt there. it just stood and looked at me and acted curious. it didnt even turn around. I even walked right through it- no collision. I saved and exited to menu then went back in. it was still there, but it went clear for a second, waved, and walked back to the nest, though still couldnt be interacted with. it only disappeared for real when I migrated.

I have this glitch where my arrow is too high up(about 2-3 centimeters) witch means when i want to click on something i have to move the arrow 2-3 cm under the thing i want to click on. that in its self isn't a big problem but i can't click on something at the bottom of the screen so i can't play after base 1. Has anyone experienced this before and how do i fix it. help! (sorry for bad english)

The Ghost Files glitch has happened to me for the THIRD time, and it's getting frustrating as I don't know what causes it. I don't have a lot of documentation on it, but since I've lost nearly everything I'm going to be trying whatever I can think of and posting if it does anything.

- In my case, only one file has survived the Ghost Files glitch 3 times, and it's a music file. Not sure what the properties of this file are that let it survive.

- All of my files are still in the "My Spore Creations" folder.

- I'm not using any mods. I do not have any expansion packs (base game only).

- Copying all of the files out of the creations folder and pasting them back in, both with the game open and closed. (did not work)

- Sending one of the ghost files to a friend to see if it will work in their game (DID work. This friend saved the file in a different folder from the one where spore creatures go, and then dragged the file into the game window. so these files DO work when shared with other people.)

- Tried dragging the ghost files into Spore from another folder with an editor open (did NOT work, error "creation cannot be loaded")

What could cause it:

- I used to have another version of Spore on my computer. So launching the game irregularly or from a different installation could cause the error.

Does anyone have any suggestions of what else I could try? This bug is supposedly rare but for me it is frequent and makes the game pretty much unfun and unplayable.

Attempted to make a creature in the editor, after finishing, I tried naming it, the ui for the tags and description came up, but every time I clicked the 'name your (city hall, creature, etc)' button nothing happened, same thing for once you finish the Tribal stage and progress to the Civilization stage, once you finish up your city hall, and attempt to name it, same thing happens, thus being unable to progress through the game, and if you have already finished to the Space stage, being unable to do the Civliization stage. Tried both on Origin and Steam, both didn't work.

If a packmate defeats an Alpha (earning you a body part,) after you've died, the game will always crash on me.

I found two fixes. Fix 1: go around the continent and look for another nest of your species. Even if you havent migrated, theyll be there. Then claim it as your new nest. Now you can get on land and live. If you go too far in the water you get eaten like normal. If yo reclaim the water nest, the glitch will be put back. Fix 2: only if you havent saved AT ALL. Freecam, zoom out, memorize spot. Exit without saving. Go back to planet in space stage. Memorize coordinates. Go back out dont save. Go to planet with a DIFFERENT space empire (this is why you got coordinates) and terrasculpt the water nest spot to make it above water. (Feel free to change other things too) Save, leave, and try the creature stage again. If it doesnt work, terrasculpt again.